Cruise through the clouds in exciting new exploration-based DLC
Assemble Entertainment
May 17, 2022
[This unedited press release is made available courtesy of Game Developer and its partnership with notable game PR-related resource Games Press]

Wiesbaden, Germany - 17th May, 2022. At long last, humanity is able to access the great beyond in the new “Distant Places'' DLC for Endzone - A World Apart. Renowned indie publisher Assemble Entertainment and developer Gentlymad Studio are delighted to announce the release of this content-packed DLC, bringing exciting new challenges and adventures to the world of Endzone. Boasting over 5,000 positive reviews on Steam, Endzone - A World Apart is Assemble’s most popular release to date. Players  are tasked with leading a colony of survivors in rebuilding civilization, or succumbing to the scorn of a radiation-ravaged Mother Nature. 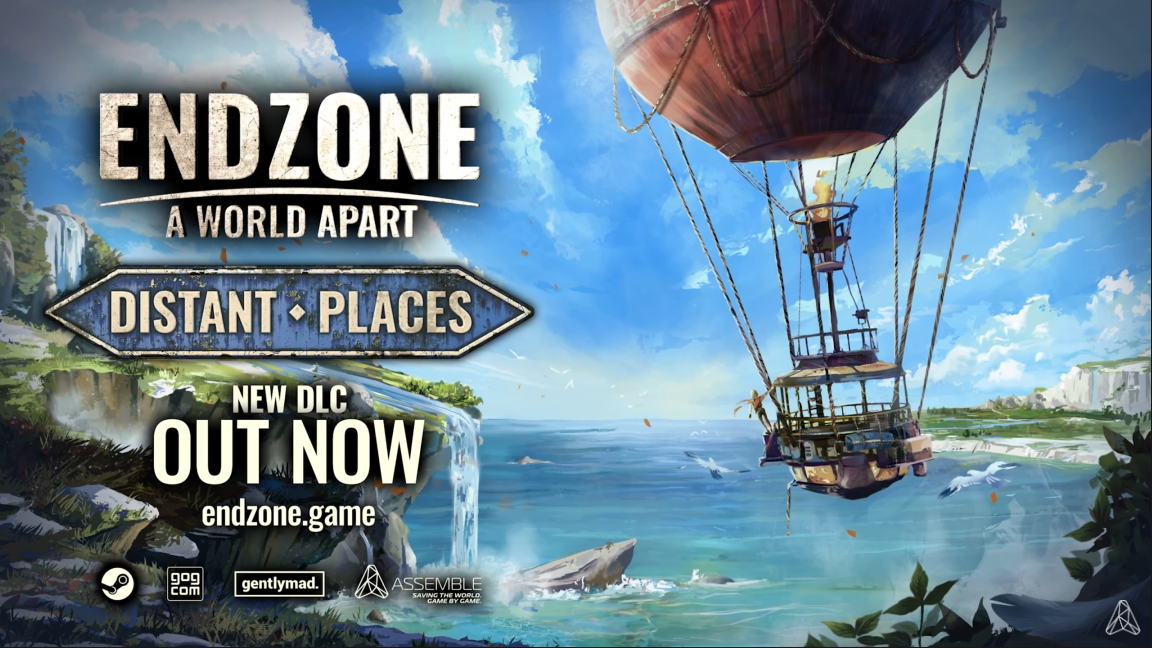 Resurfacing after being trapped in subterranean bunkers for over 150 years, survivors fought to escape a nuclear holocaust above ground. Now, after the denizens have rebuilt society generations later, they are able to further explore beyond the reaches of their sanctum walls. The DLC adds some much-desired features, such as brand new territories to discover and explore via Hot Air Balloon; settlers of the "endzone" can now fly to previously unseen lands far beyond their usual borders. With 12 new narrative-driven explorations to undertake, colonists will set off to new and exciting biomes in search of other displaced survivors, new food items, and brand new building blueprints.

Despite the company's short history, Assemble Entertainment has won the German Developer Award twice — in 2020 and 2021— in the category "Best Publisher”. Assemble Entertainment organizes GermanDevDays, an annual conference held in Frankfurt, Germany since 2016 that attracts more than 1,100 attendees from across the German-speaking video game development industry. The event also includes the GermanDevDays Indie Award, where indie development teams across Germany can participate in varying categories to win a cash prize for their projects. The event is hosted by Stefan Marcinek, CEO and Founder of Assemble