Far From Home unveils the first gameplay teaser for their sci-fi, action-survival game coming to Steam Early Access in 2022 and later to consoles.
Far From Home
January 11, 2022
[This unedited press release is made available courtesy of Game Developer and its partnership with notable game PR-related resource Games Press] 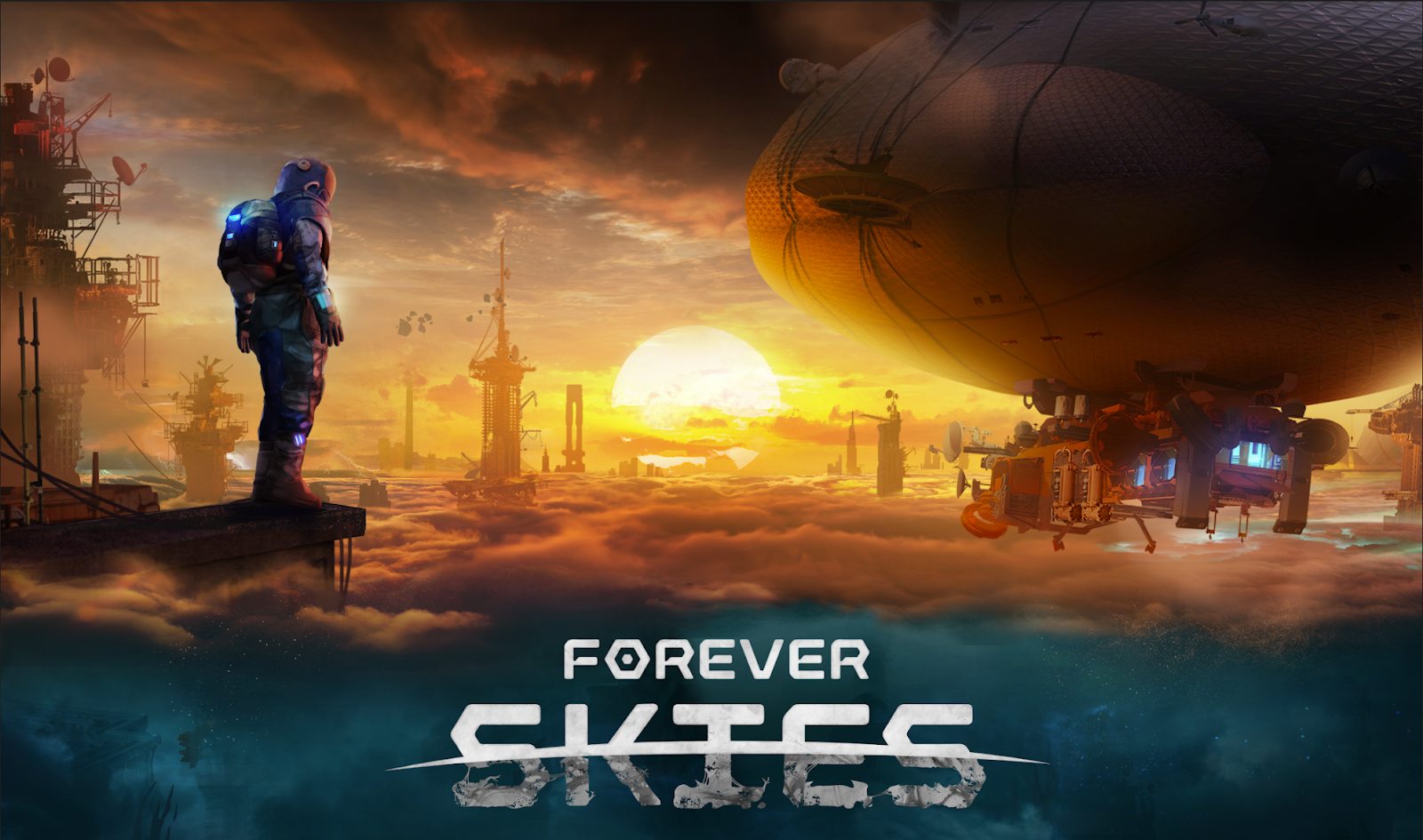 WROCŁAW, POLAND - JANUARY 11, 2022 - Developers Far From Home have today revealed their debut title, Forever Skies, along with the game’s first-ever teaser trailer. Originally announced under the codename “Project Oxygen”, Forever Skies has been in the making for over two years from former AA and AAA devs who worked on titles such as Dying Light, Dying Light 2, Dead Island, The Medium, Chernobylite and the Divinity Original Sin Series.

Forever Skies is a first-person action survival sci-fi game that takes place on a destroyed and deserted Earth in the wake of a massive ecological disaster. The game will be coming to Early Access in 2022 and later to consoles.

You play as a lone scientist in Forever Skies, returning to Earth long after a global ecological catastrophe has left the planet uninhabitable to humans. Above the toxic clouds are the remnants of humanity's last stand. Build, expand and control a high-tech airship that will act as your transport, shelter, laboratory and workshop for researching mysterious substances and crafting tools for survival. Scavenge, find ways of obtaining food and resources, and explore the ruins above and below the thick, toxic dust layer which now shrouds the Earth’s surface. Why is the dust there? What is it exactly? And perhaps more importantly, what lies beneath it?

Gameplay in Forever Skies will include exploration in your airship and on foot, crafting, base building, planting, combat, and scientific research in virology in search of a cure to help those few, who survive in orbit.

Forever Skies will deliver a single-player experience in the first stages of Early Access with a co-op mode planned as one of the key Early Access features. Console versions will launch later with all the updates and content already released for PC, including co-op mode.

“We were truly overwhelmed and humbled by the initial reception of our project. I hope that the teaser trailer with the first gameplay running on the power of Unreal Engine will give a nice glimpse into our wrecked world and a clear idea of the direction we’re heading.”  -  Andrzej Blumenfeld, Far From Home CEO and Gameplay Lead.

Players can wishlist and follow Forever Skies on Steam now, to keep track of the development and key updates here.

Here are our socials:

About Far From Home

Far From Home is a crew of experienced developers of games in the AAA and indie segments. The studio positions as AA+, blending their expertise and know-how in premium production, and willingness to further venture into tackling games with deeper meaning and mature subject matter. Formed in April 2020, the team is based in Wroclaw Poland with members having worked on such prestigious titles as Dying Light, Dying Light 2, Dead Island, The Medium, Chernobylite and the Divinity Original Sin Series. Their first title, Forever Skies, is currently in development and is planned for release on PC and consoles. Forever Skies is a first person, survival-based game taking place on a ruined Earth after an ecological disaster that wiped out humanity. For more information, please visit: https://farfromhomegames.com/