Leave Earth in the past and ascend to the heavens in humanity’s last hope for survival
Assemble Entertainment
July 28, 2022
[This unedited press release is made available courtesy of Game Developer and its partnership with notable game PR-related resource Games Press]

Soar through the sky as the denizens of the arial city rebuild, restructure, and protect the last semblance of society. Additionally, the full release of this sky-faring sci-fi title will see new features such as a fully fleshed-out story campaign, six new building blueprints to discover, a completely revamped tutorial, and a terrifying new threat — ice storms. 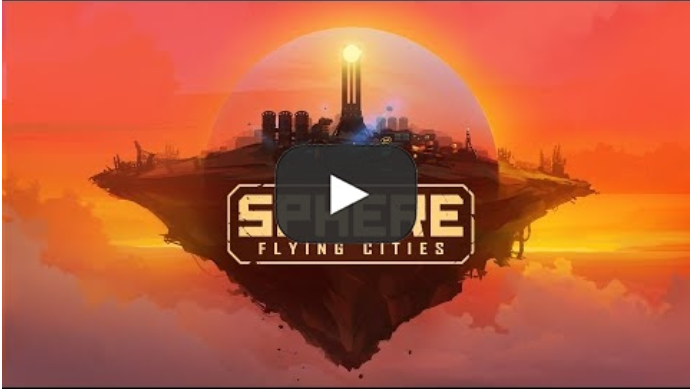 Check out the newest trailer:

Inspired by James Blish’s novel “City in Flight”, Sphere - Flying Cities employs a distinct mix of strategy, survival, and city-building simulation elements. Players are put in the position of Commander, whose sole purpose is to maintain order and see to the survival of mankind. In the near future, the planet is thrown into turmoil when Earth’s moon is struck by a colossal asteroid. In the wake of this destruction, the world’s surface is rendered totally uninhabitable. Facing complete annihilation, humanity makes one final and desperate attempt to survive — thanks to newly-created anti-gravity technology, the first (and likely final) faction of flying cities ascends as the ultimate bastion of the human race.

Developed by Hexagon Sphere Games and published by Assemble Entertainment, Sphere - Flying Cities is available now on Steam Early Access and GOG for £14.99 / €17.99 and will launch fully on 20th September 2022. Add the game to your wishlist here.

Keeping in line with their philanthropic nature, Assemble Entertainment has partnered with Atmosfair, an environmental development organization that focuses on clean energy climate protection projects, to offer a unique Save the World edition of the game. Including a mini-artbook and in-game cosmetics, a portion of this edition’s profits go directly to the charity.