Defend Earth from an Alien Invasion in the 1950s Sci-fi-Inspired shoot-’em-up Squad 51 vs. the Flying Saucers

Brave pilots can now take to the skies with the free prologue of Squad 51 vs. the Flying Saucers on Steam. The demo features English voiceovers, a local co-op mode, and never-before-seen levels, bosses, and gadgets for your spaceship to defend Earth from a merciless alien invasion. 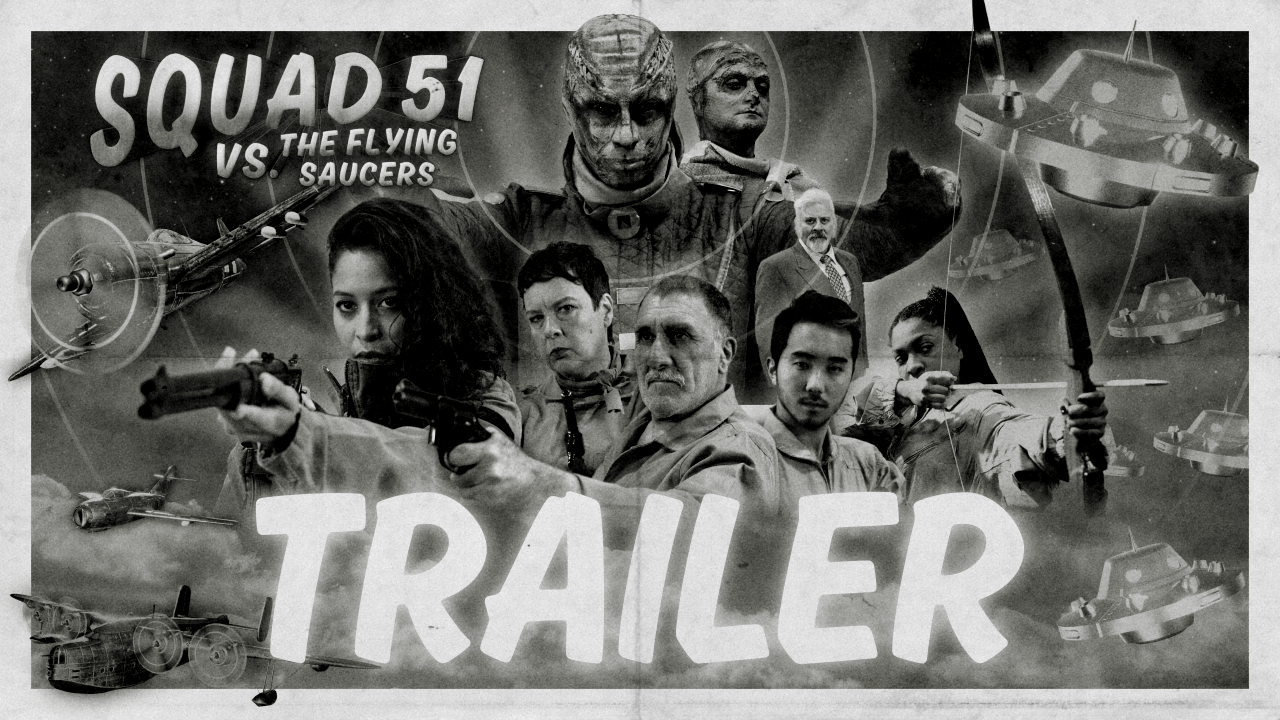 Check out the Squad 51 vs. the Flying Saucers trailer here


About Squad 51 vs. the Flying Saucers

Warning! Extraterrestrials from outer space have arrived on our planet, bringing promises of a bright new future for the earthlings. However, this otherworldly partnership soon reveals a darker side as the VEGA Corporation, the alien enterprise led by the hideous Director Zarog, is imposing its predatory politics on the human race. In the midst of this oppression, the rebel group Squad 51 rises as a response against the violent acts committed by these vile beings. Will the brave pilots of Squad 51 and their aircraft stand a chance against Zarog's diabolic fleet of flying saucers?

Loomiarts is a Brazilian game development studio, located in São Leopoldo, in the South of Brazil. The company was founded in 2017 by Marcio Rosa, the creator of Squad 51 vs. The Flying Saucers, and has been focused on developing this project since then. Website: loomiarts.com

Fehorama Filmes is a film production company founded in 2014, located in Porto Alegre, in the South of Brazil. With a wide range of projects, from short films and feature films to TV shows, it is now focusing on its first game Squad 51 vs. The Flying Saucers in association with Loomiarts.

WhisperGames have developed strong partnerships in over 20 countries, and have provided customized publishing and localization solutions for over 150 video games.