Call of the Sea - Journey Edition is designed and manufactured by Meridiem Games and will be a limited numbered boxed edition of only 1,000 units available across Europe. The Journey Edition will contain all the content of the Norah’s Diary Edition content and will add the exquisite Original Soundtrack (composed by Eduardo De la Iglesia) on a collector's coloured vinyl, a hardcover art book with more than 130 pages with designs, artwork and images from the game and three lithographs with original artwork all displayed in a special Call of the Sea branded box. The Call of the Sea - Norah's Diary Edition for PlayStation 4 and PlayStation 5 will also be available and will include a special premium case, a concept art book, two photographs, a travel ticket and an art poster. About Call of the Sea

It is 1934, in the far reaches of the South Pacific. Norah has crossed the ocean following the trail of her missing husband’s expedition and finds herself on a lush island paradise - a nameless, forgotten place, dotted with the remnants of a lost civilization.

What strange secrets does it hold, and what might Norah unearth in her quest for the truth? 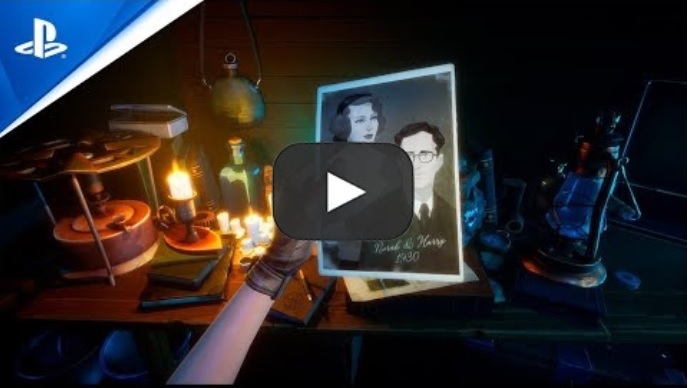 Features of Call of the Sea

Meridiem Games is an independent video game publisher and distributor for all platforms. The entire Meridiem Games team is focused on meeting the demand of players who are fond of physical editions, titles such as Fahrenheit 15Th Anniversary PS4, KUNAI Day One Edition NSW, Daymare: 1998 Black Edition PS4, Pang Adventures Buster Edition PS4 / NSW, etc. They have come out in their physical edition thanks to Meridiem Games .. www.meridiem-games.com


About Out of the Blue

Out of the Blue is a video game company based in Madrid, formed by a group of veteran developers focused on puzzle and narrative adventures.

The studio’s purpose is to make games with quality and attention to detail, creating coherent and lively stories, environments and worlds that resonate with the players.

After having released Call of the Sea, the BAFTA nominated debut of the studio which won several awards and industry recognitions, across all platforms, the studio doubled its size and started working on two projects per year.

Raw Fury is a boutique indie (un)publisher founded in 2015 by Jonas Antonsson, Gordon Van Dyke, and David Martinez. We don’t care about genres or mechanics. We care about experiences and emotions. We want to help developers make magic.