The meditative game where players solve the energy crisis on an alien planet is coming to PC
Daedalic
March 31, 2022
[This unedited press release is made available courtesy of Game Developer and its partnership with notable game PR-related resource Games Press] 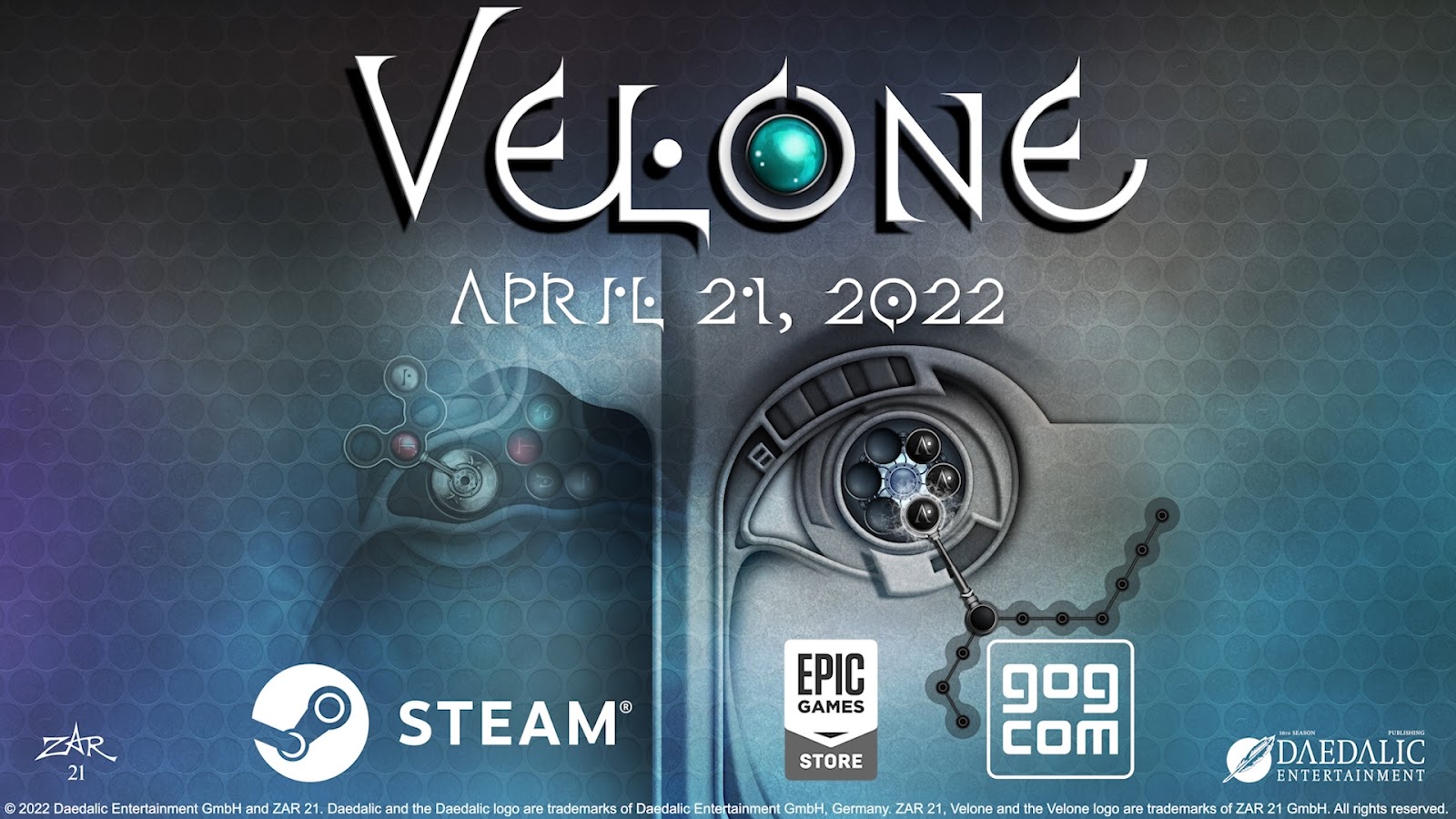 Register your interest in receiving review code for VELONE here

VELONE takes players to a distant and dying planet that has been struck by a meteorite which has led to most of the energy supply on the planet becoming defunct. Only by building and programming hydraulic machinery to produce and place valuable Velone stones can the alien civilization be saved.

To beat each of the forty unique levels and learn more about the planet, its inhabitants, and the climate, players have to place the Velone stones in the right spot. The machines can be programmed in multiple different ways and each level has different solutions, which call for logical thinking and creative ideas. Players can choose their tasks carefully and slowly improve their constructs, making the finding of a solution even more rewarding. Once everything is set, the players can sit back and enjoy the automatization and flawless execution of their plans. Meanwhile, the relaxing atmosphere gives the game a meditative quality.

The one-person studio, Zar21, was founded by the artist Eve Nohl, who is known for her artistic and logical video games. VELONE was created in collaboration with programmer Moritz Krohn and is inspired by the puzzle game Opus Magnum.

Eve Nohl, also known as Zar21 is an artist and video game developer from Munich. She combines art, puzzles and adventure to create her own style of video games. VELONE, created in collaboration with Moritz Krohn, is her third game after LEAVES - The Journey and LEAVES - The Return.