Clean up Junktown and trash talk your friends in this latest sidescrolling installment from the award-winning PixelJunk series
Q-Games Ltd.
August 06, 2022
[This unedited press release is made available courtesy of Game Developer and its partnership with notable game PR-related resource Games Press]

AUGUST 5 2022, KYOTO, JAPAN - Independent development studio Q-Games today announced PixelJunk Scrappers Deluxe, the latest installment from the award-winning PixelJunk series. The party-game brawler hybrid features a striking visual style and invites players to join a team of robot garbage collectors to clean up the streets and will launch on PC via Steam and the Epic Games Store. The Steam Coming soon page is live now and includes a brand new teaser trailer.

Players take on the role of the Scrappers, a team of humanoid trash collectors in a not-so-distant future. The goal is to clean up a city overrun with trash following the end of humanity and collection is only half of the job... Trash means cash in Junktown and rival squads will attempt to interfere and bag the rewards for themselves.

With online multiplayer support for up to 4 players alongside the option for local co-op, PixelJunk Scrappers Deluxe provides multiple exciting play modes alongside a series of frantic mini-games. Players are encouraged to compete against the clock to collect as much garbage as possible and the higher the stack, the bigger the bonus, with a huge selection of characters, weapons and truck parts to unlock.

PixelJunk Scrappers Deluxe is the latest installment in the award-winning PixelJunk franchise and follows the exclusive launch of the original PixelJunk Scrappers in partnership with Apple Arcade. The PC version builds on the acclaimed Apple Arcade release and has been expanded to include an array of additional features including new combat methods, the addition of weapon drops, multiple level adjustments and the inclusion of score challenges across all stages. 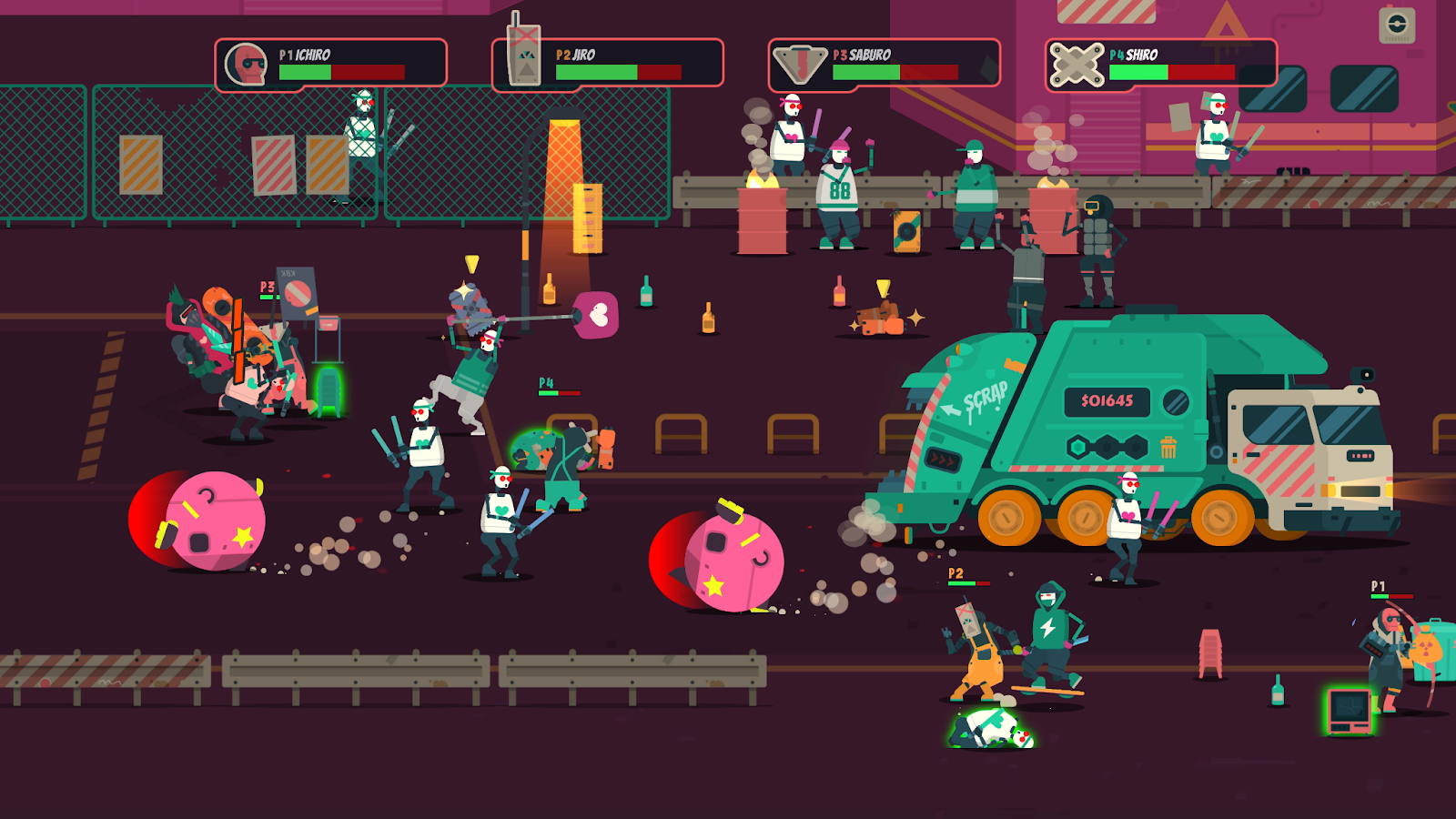 “Bringing PixelJunk Scrappers Deluxe to PC has been a real labor of love and we’re looking forward to welcoming even more players to the streets of Junktown. We’ve been working hard to create the ultimate experience for players on PC and have made changes that really elevate the gameplay and make for a super fun time!

We’ve also spent time optimizing for Steam Deck and the game feels amazing to play on the go. We’ll have more details to share soon, but our whole team is really excited for the PixelJunk series to be back on PC!”

Arioka Taku, Game Director of PixelJunk Scrappers Deluxe said:
“The core gameplay elements of collecting trash, throwing it and piling it up remain the same and are just as fun, but we've added new features and adjusted a lot of elements to make it even more enjoyable. We hope many players will conquer Junktown once and for all, and clean up the world's trash!”

PixelJunk Scrappers Deluxe is the latest installment from the award-winning PixelJunk series created by Q-Games. Battle through the city streets to take out the trash in this beat ‘em up that’s also a clean ‘em up with up to 4 player online multiplayer and local co-op.

With over 25 stages, 100+ items to unlock and multiple fighting styles, PixelJunk Scrappers Deluxe is the ultimate party-game-brawler hybrid.

Q-Games, most known for the successful PixelJunk franchise, The Tomorrow Children: Phoenix Edition and multiple Star Fox titles, was founded in 2001 by industry legend Dylan Cuthbert. After working as the lead developer on the original Star Fox as well as other hit games and tech for Sony and Nintendo, Cuthbert branched out and founded Q-Games; an independent video game studio focused on making original games that push the boundaries of gameplay design and visual quality.

Located in the heart of Kyoto, Q-Games is committed to crafting innovative games on all platforms while simultaneously growing the indie games community in Kyoto and abroad. There is an original PixelJunk title on nearly every major platform including notable hits like PixelJunk Monsters, NomNomGalaxy, PixelJunk Eden, and over 20 other games. Q-Games has also collaborated with some of the biggest names in the industry as they continue to impress and innovate.