SEARCH
A minimum of 3 characters are required to be typed in the search bar in order to perform a search.
Announcements
Event
Free Webinar on 5/24: How Predictive Analytics Drives Mobile Conversions & Boosts Revenue - Register Here!
PreviousNext
PC
2 min read
article

Age Of Conan creator Funcom has revealed further details on its free-to-play PC MMO plans, with more than 30 employees working on "gamer" and younger demographic-skewing titles.
Chris Remo
Blogger
May 18, 2009
Funcom has revealed further details on the status of its free-to-play MMO plans, noting upcoming significant development milestones and project scope. While a bulk of the word count in its latest financial report was dedicated to reassurances about the state of the big-budget fantasy MMO Age of Conan, the Norwegian developer and publisher was sure to outline its short- and long-term goals with the two current free-to-play projects it has in development, as well as mention that more are on the way. As mentioned on Funcom's previous fiscal quarter report, one of the company's free-to-play games is browser-based, the other Java-based. A projected final release date was given for neither game, but it was noted that the Java team is currently conducting focus testing and will be delivering a vertical slice this summer, while the browser-based team has a combat milestone due this summer. The browser-based MMO is apparently targeted at the "gamer demographic," and has a 14-member team in place. The Java-based MMO, on the other hand, is aimed at a younger-skewing demographic and is in development with a 17-member team. Screenshots from the Java-based game have been embedded in this article. Funcom sees growth in free-to-play database-driven games like Travian and the Gameforge library, as well as in youth-oriented MMOs such as Club Penguin, Wizard101, and FreeRealms. A previous statement issued by middleware provider Unity revealed that Funcom has licensed the Unity game engine for unspecified MMO projects. 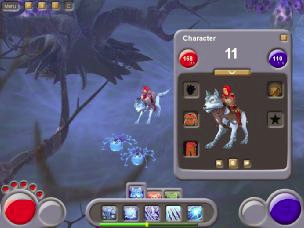 Funcom lists "smaller budgets and faster development" as a key reason to enter the free-to-play space, planning to monetize the titles with a combination of microtransactions, available subscriptions, and advertising revenue. The in-development titles are part of Funcom's second tier of its three-stage long-term plan "to innovate core business and build new ones." The first tier consists of the existing MMOs Age of Conan and Anarchy Online; in addition to the free-to-play MMOs, the second tier also includes the upcoming MMO The Secret World; and the third tier promises new MMOs of both the free-to-play and "large scale" variety, as well as "virtual world social networking." 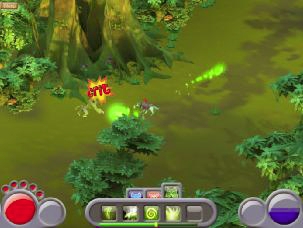 Based on an segmented asset timeline at the end of the report, the free-to-play games have probably been in development since mid- to late 2008.
Console
Get daily news, dev blogs, and stories from Game Developer straight to your inbox
Subscribe