Analysis: How Xbox 360 And Kinect Nearly Toppled Wii In 2010 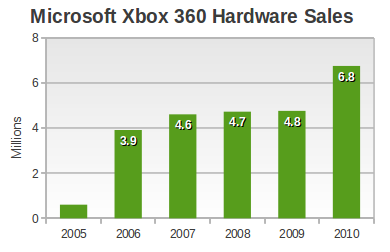 All signs point to continued momentum for Microsoft's console business in 2011, which suggests that it will increase its hardware sales in 2011. This is particularly likely if it finally gives its consoles a proper price cut, something that hasn't happened since September 2008. Should the entry-level Xbox 360 have an MSRP of $150 before Christmas, we would expect it to see hardware sales levels similar to 2010. To put the Xbox 360 sales into context, let us consider the following figure which shows annual hardware sales from 2009 (i.e. not the year that just completed). 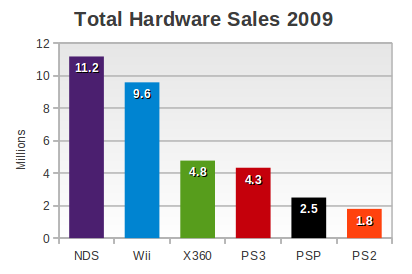 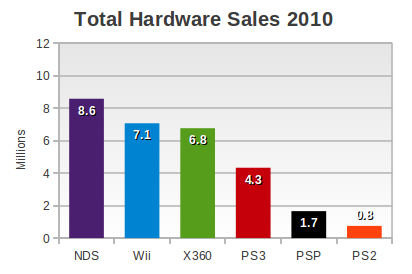 In subsequent analyses, we will consider how the Nintendo Wii and PlayStation 3 each fit into the hardware picture from 2010, and where they might be headed in 2011. For the rest of Matthews' monthly NPD analysis, read the full Gamasutra feature, available now.
Console
Get daily news, dev blogs, and stories from Game Developer straight to your inbox
Subscribe