Fire Emblem Heroes is continuing to lead Nintendo’s suite of mobile games in terms of revenue, according to a report from the mobile intelligence firm Sensor Tower.
Kris Graft
Publisher
August 02, 2018

Fire Emblem Heroes is continuing to lead Nintendo’s suite of mobile games in terms of revenue, according to a report from the mobile intelligence firm Sensor Tower. 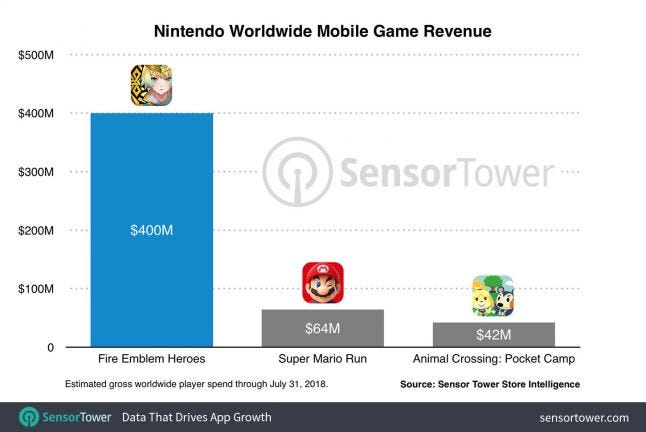 Despite Fire Emblem Heroes’ mobile dominance, Nintendo has previously said that it doesn’t necessarily plan to adopt gatcha monetization for new mobile games going forward. In an investor Q&A earlier this year, Nintendo’s former president Tatsumi Kimishima explained that how it charges for different mobile games must be a good fit for both the Nintendo franchise featured in the game and the demographic it is targeting.

“We want to offer applications that meet consumer demands while pursuing payment methods which consumers find to be fair so this can grow to be a pillar of our business,” explained Kimishima.