The Talking Tom Hero Dash team shares the results of combining the high-energy, speed, and action of an endless runner with the more layered gameplay you’d expect from one of their Tamagotchi-style games.
Alissa McAloon
Editor-in-Chief
June 06, 2019

Every detail of the game, from the artwork and the storyline, to the decision to use a runner mechanic, has been purposefully chosen. We want to give players all the superhero feels. Making players feel something is important here at Outfit7. Indeed, it’s one of the driving forces behind the success of every single one of our games.

Outfit7 is already a global leader in Tamagotchi-style mobile games and we’re one of the biggest players in the endless runner space as well. When we made the decision to turn the Talking Tom and Friends characters into superheroes, we decided to embrace both of these “super” strengths because we knew that in order for the game to be impactful, we’d have to make our players actually feel like superheroes. For us, that meant combining the high-energy, speed, and action of an endless runner with the more layered gameplay you’d expect from one of our Tamagotchi-style games.

Here's how our developers captured a true superhero feel in the game, and some gameplay tips for seeing those design decisions in action: 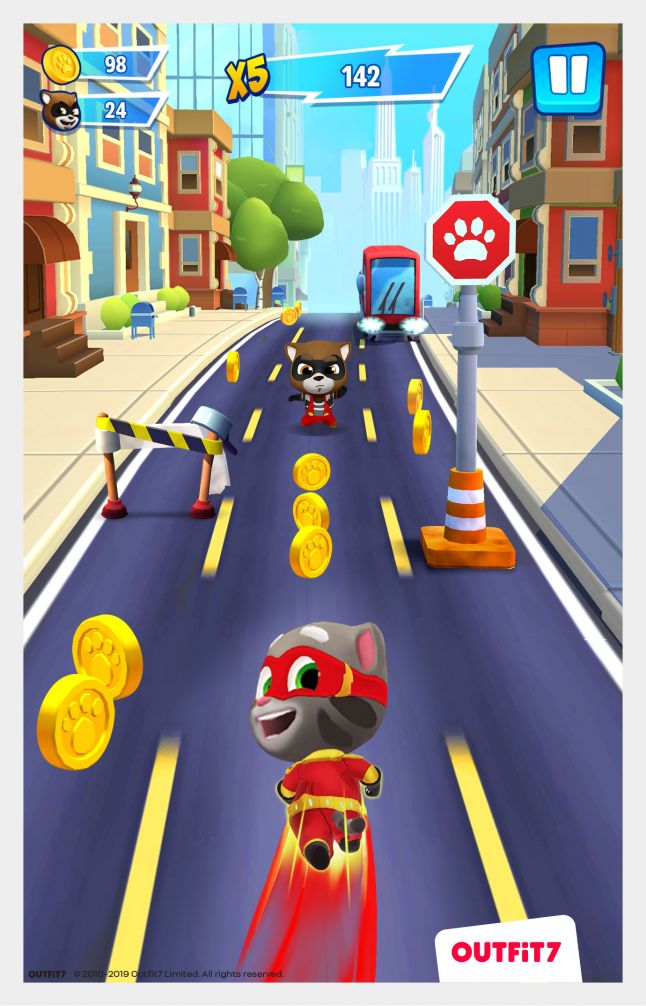 Each level of Talking Tom Hero Dash is filled with raccoon bad guys who are destroying various locations around the world. Your first mission: battle the bad guys head-on. In fact, the more raccoons you slap out of the way, the more “Super Chests” filled with valuable loot that you will unlock. And you’ll need these to engage in the full superhero narrative of the game – you have the beat the bosses, rescue your friends, and rebuild the damaged cities. It’s all about the joy, accomplishment, and excitement of being a superhero.

Unlock all of the characters and extras

Another exciting narrative element within Talking Tom Hero Dash is the ability to play as multiple characters. At the end of each level, you battle a raccoon boss to save one of your superpowered friends. Once freed, they become playable characters with their own unique superpowers, like Talking Angela’s super speed and Talking Tom’s ability to fly. However, the opportunity to customize doesn’t stop at the ability to play as multiple super characters. Gamers can also unlock premium outfits and accessories for their character to wear.

Participate in the special events

Talking Tom Hero Dash also invites players to occasionally break out of the runner genre completely in order to participate in various side challenges. These are games within the game, offering players exciting gameplay 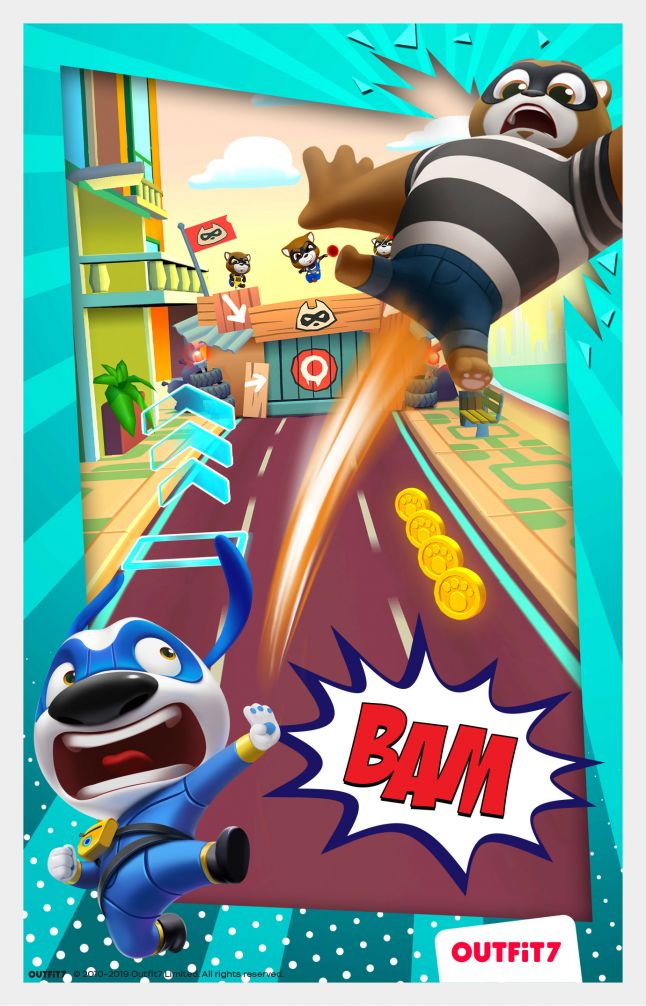 and valuable rewards that will help them progress further and faster through the main storyline. By participating in these fun special events, players also get a sneak peek of the level ahead, which also helps drive additional excitement for the storyline overall.

Hidden power-ups and super jumps give players a boost that really lends to the superhero feeling our development team was striving to create. For instance, the super jumps take players so high you actually feel like you’re flying. To ensure maximum impact, we played around with slow motion, showing multiple raccoons being blown out of the way.

This was a bit risky, since it’s pretty unusual for an endless runner to change its pace, but we ultimately found a balance we believe would cater to both the fast-paced energy and the emotional charge of the game. There are also some fun hidden gems within the game, like our secret “swipe down” mechanic that sends a shockwave that blasts all of the raccoons in your path. It’s definitely a more advanced feature, but that just makes it all the more fun to discover and master, right?

To start your Talking Tom Hero Dash adventure, download the game here and join the team!