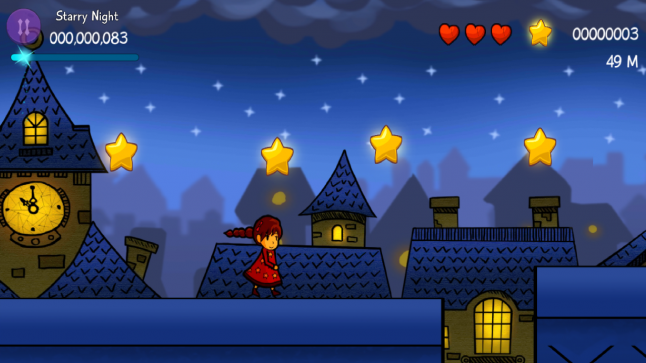 This is the game scene.

The game background is side-scrolling. Player can control the character by touching the screen.

If player touch on the screen, the character jump. Jump can allow two times so character can double jump.

There are new characters and world. These will help to get the high score.

I developed 4 characters. Each has an own skill to get additional score points.

Below characters are made by hand painting in photoshop. 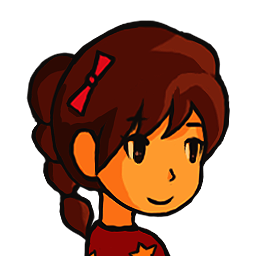 This character's class is a star summoner. 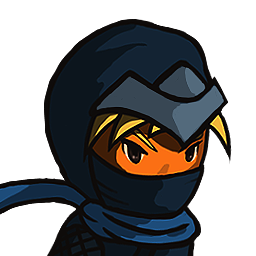 He can tripple jump. So assassin may not die easily by fallingdown. And when he jumps, he can get bonus jumping points.The more he jumps, the better he will get the high score. 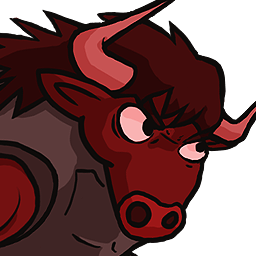 This character's class is an destoyer.

He can destroy all the obstacles on his way. If player is using this character, player may not worry about jumping over the obstacles. In addtion, Moomoo can get bonus points when he destroys the obstacles. 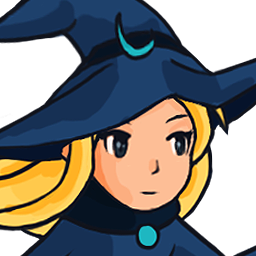 This character's class is a mage.

She can cast a magical missile and fireball. To cast magical missile, she must get the 20 stars. This magic transform stars into food items that give bonus score points and fireball mana points. So to cast fireball, she must charge the fireball mana by food items. Fireball will destroy all the obstacles blocking on her. But remember the penalty is that she can not shoot for a few seconds when life point's been lost.

I've developed 3 worlds. The world background's concept is night. So name of the stages include 'Night' word. I'd like to create the world like fairy tale story but simple design and color. All scrolling backgrounds are also made by hand painting in photoshop. Below the world name is Starry Night. 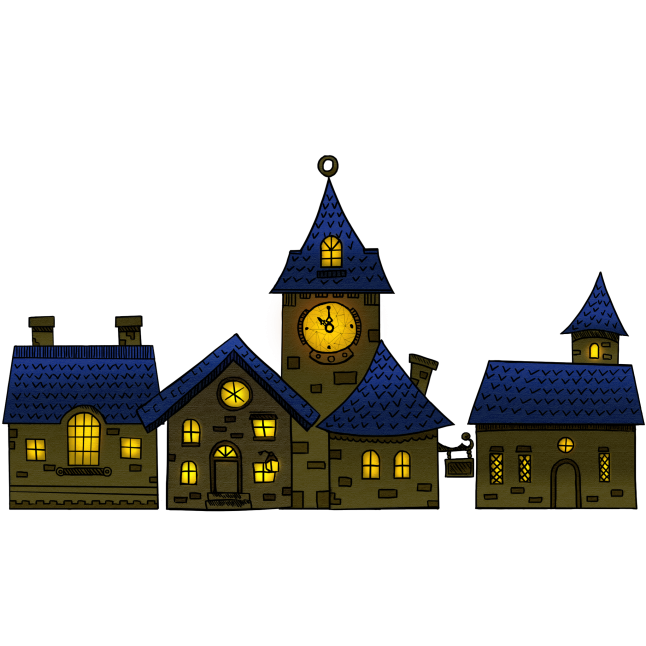 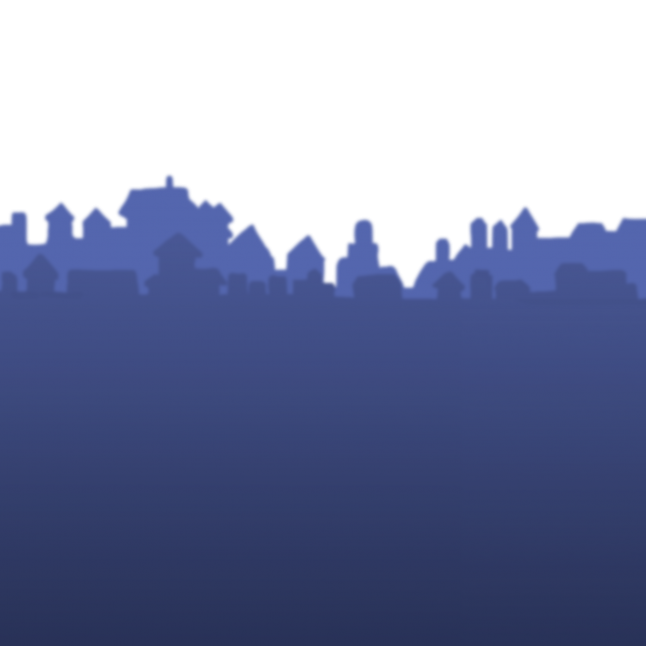 I used 5~6 parallaxing sprites. Above the sprites are two of those. I tried to draw it like an old London city. So I hope players to feel like the jumping on the roof of the house in London. The other worlds names are Spooky Night and Winter Night. These worlds are locked when game's started. But player can unlock these by getting stars in the game. These world's difficulty is the more difficult than Starry Night. But players can get the higher score than Starry Night. For the getting higher score, unlock the worlds.

Quests help to get more the stars and golds. Player can buy potions by this golds.

Quests are developed as normal type and daily type. If player clears the normal type quest, player never fullfill the quest. But player can do daily quest over the 24 hours. So players can get gold daily by this type quest.

There are various quest goals. For example, goals are reaching 1000 M, playing time, collecting stars, getting special items and getting over the goal score. 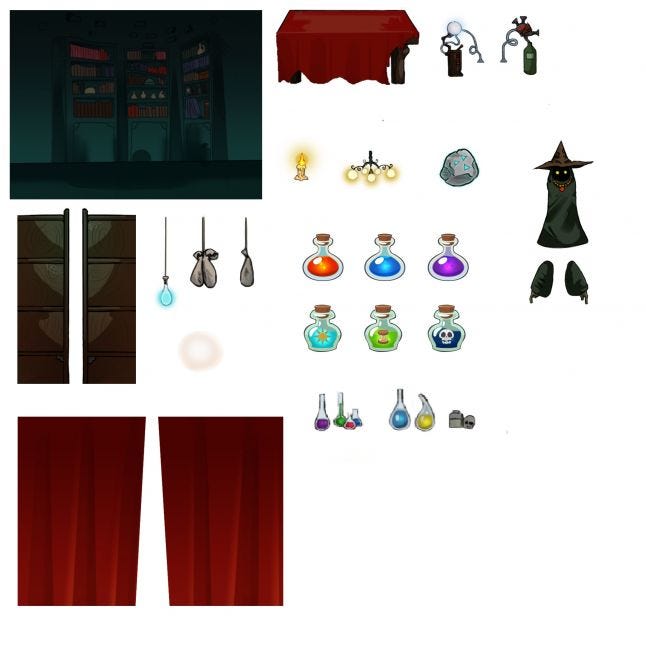 Alchemist content will be unlocked by collecting 2500 stars. Player can make a magical potion using this content. There are 6 potions. All potions help to get the high score or play the game. For example, Death shadow potion will add bonus points when character losts the life point and + 1 bonus point per getting star. So this shop can be helpful for the high score.

This is mixed-mode with jumping game and shooting game. If game's started, all characters begin to shoot their own projectiles and health bar's displayed. After a few seconds, enemy will come out and attack the player's character. If player success to eliminate the wanted enemy, player'll get the reward(golds) but player has to wait to hunt the other enemy for 2 hours. If player fail the mission, player can try again anytime. Two enemies are developed now. Each enemy's attack type and health point are different.

For example, Void Knight in the Spooky Night attack character by the skill like shooting death coil, summoning dead pumpkin and slashing blade.

Slashing blade : Knight dashes to character and slash his blade. The blade can absorb the life points. 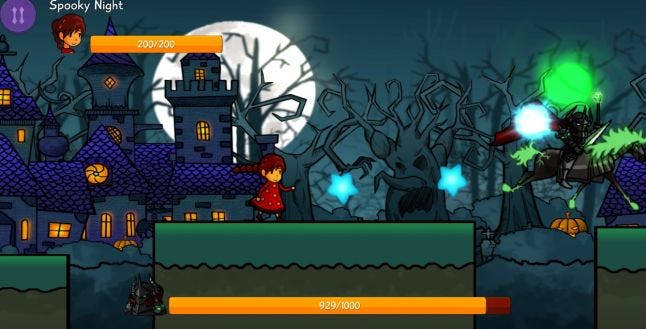 The enemies will be update and added.

So please interest my game.

This game is already launched in Google play store for android version.

Thank you for reading my post about the game.