We're All Pilots — A Reflection on wallFour's Renga and IndieCade 2012

With his college years coming to a close, Michael Effenberger reflects on his experience with wallFour's massive cooperative game Renga and how IndieCade 2012 left an indelible impact on him.
Michael Effenberger
Blogger
December 16, 2014

With my college years nearing their end, it's been tough going forward without first looking back on all of the amazing experiences that have shaped my odd life journey in the world of interactive media. When Jeff Watson asked me and the rest of the Introduction to Interactive Entertainment class at USC's School of Cinematic Arts to write about a memorable game experience, I figured I'd use this assignment to try and pinpoint the defining moment that pushed me towards majoring in game design; a dream that I've had ever since I got my first Game Boy Color, but seemed impossible until a fateful night at IndieCade 2012.

Laser pointers in our hands, my friends and I sat in front of a massive outdoor screen which illuminated a bustling IndieCade parking lot in Culver City. We joined a hundred other attendees who were gathered for what was titled “Renga”; it would prove to be a game experience unlike any other. As the game began, dots of laser light flew all over the screen, and some even comically targeted the towering palm trees nearby. This distraction did not impede the beginning of the game, which was simple enough, encouraging the audience to explore, playing around with the simple task of directing a laser pointer at a movie screen. A narrative instructed us to use our lasers to guide the ship and, in turn, protect it from incoming assailants. The intensity of these missions progressed over the course of the game, as did discourse between players. What was once a parking lot filled with silent determination and the occasional comical outburst became, over the course of 40 minutes, a cadre of grizzled space pioneers and veterans, tasked with piloting a ship toward its ultimate destination. 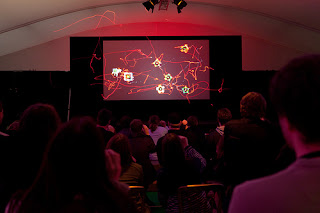 Around the time I attended IndieCade 2012 and discovered Renga, I was a sophomore at USC’s School of Cinematic Arts who was in the midst of a gaming renaissance. A booming Indie scene had begun to sweep southern California, and it inspired within me a renewed passion for games. Along with helping run USC’s Reality Ends Here, I had begun regularly attending on-campus meetings for MEGA (Makers of Entertaining Games Association) and was dipping my toes into the world of game production with some introductory courses in the school’s interactive department. Games were a huge part of my youth, serving as an endless source of entertainment and inspiration. I would call it escapism were it not for the fact that it brought me to some of my closest friends, forming lasting bonds in the real physical world. As I grew older, though, that passion had begun to diminish. I still loved games, but I had begun to drift away. I found mathematics to be frustrating, and the reality of working in such a space recreationally or professionally seemed to slip away. Although I used to design my own makeshift games while growing up, I never once dreamed that a career in game design could be a reality. It wasn’t until I came to LA that this passion burst back to the surface, and it wasn’t until Renga and the IndieCade experience that I realized it was neither impossible nor crazy.

While playing Renga, I forged a quick bond with the players around me. We divvyed up the three players in front of me to the defense and the three behind to the offense. Our small subsection began to work cooperatively with other groups throughout the game, all of which became a collective, organized by shouts and semi-democratic choices made by the group as a whole. The game honed and tested our strengths, but it was only when we faced the massive, towering final boss that we encountered our greatest obstacle. On this boss was laid numerous circles, each of which had to be filled with light from our laser pointers before the boss could be decimated. Each player had to work in perfect harmony and unison with all others to destroy the massive ship; each of us targeted our lasers at the circles, everyone cheered their co-players on and encouraged each other to continue and let their aim be true. The monster was ultimately slain, and a loud cheer emanated not only from the hundred or so participants, but from the massive crowd that unbeknownst to us had gathered around us to watch. 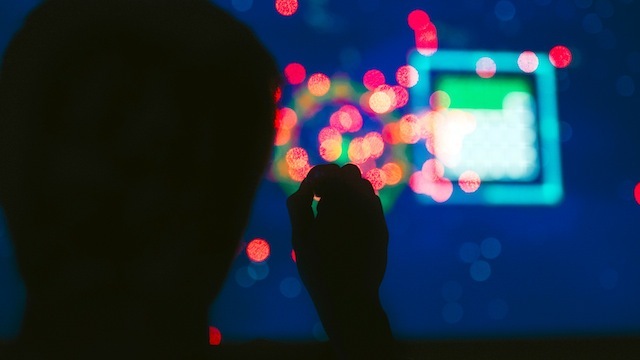 Games are a beautiful medium, one that not only allows you to empathize with your characters and the worlds they inhabit, but also to walk in their shoes and, by helping them face their fears, share in their triumphs. While such brilliant games as Journey and Minecraft pioneer the multiplayer components of this in a virtual landscape, Renga offered me the rare opportunity to experience a massive multiplayer engagement in the real world, to communicate with a 100+ crew, and to share in our triumphs as one in the small parking lot underneath the starlit sky.

This was but one of the many heart-racing and eye-opening experiences that I experienced at the festival. IndieCade participants treated each other with respect and grace, and all recognized that they were part of something greater, guiding each other through the massive space of this world with a simple mission, to take care of this world and in turn create a better one. Renga, if anything, defined the entire IndieCade experience; although we come from different walks of life, our collective interactions help guide our ship, our community, towards greater heights. No one person can do it alone. The most singular experience I had at IndieCade was anything but singular, and opened my eyes to the beauty of teamwork, interactivity, and the power and possibilities of gaming. 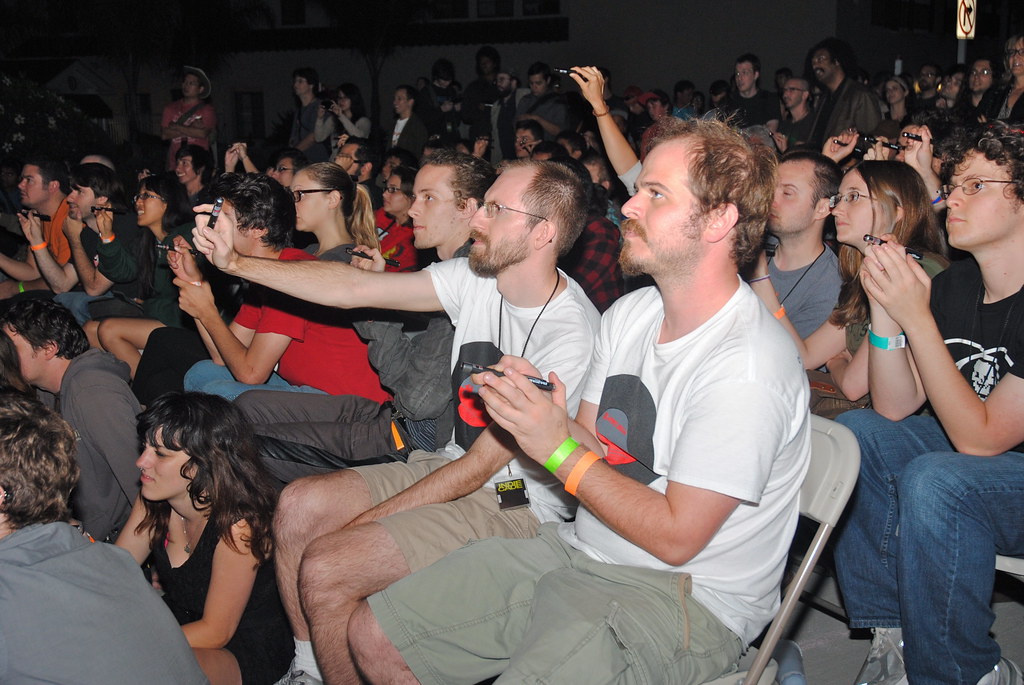 Renga has positively shaped my perception of multiplayer, outdoor events, collaboration on a grand scale, and IndieCade itself. This is a community I wish to be a part of. This is a community I wish to thrive in. I formed bonds with my fellow participants, during a memorable moment under a moonlit sky that I may never again experience; I will, however, relive and replay it within my heart and mind. This is the type of participant experience I hope to create in the interactive world. Although there are many factors which influence my memories of IndieCade 2012, most can be epitomized by the utter joy, bliss, and triumph not of Renga, but of the people I played it with.

The IndieCade experiences of the past four years have been transformative for me, in that they have exposed me to an alternative avenue of creative expression. I realize that each of my experiences at IndieCade have been energizing, providing me a completely different form of artistic expression than I've experienced before. Possibly because the genre is relatively new, because the medium is a unique combination of code, structure, narrative and artistry, this community of innovators has developed a collaborative framework which I find invigorating, inspiring and rewarding. The giants of this new industry are eager to share their ideas, and more surprisingly, enthusiastic about incorporating the ideas of others within their own work. There is less sense of ownership; rather, there is an atmosphere of cooperative exploration and problem solving. I believe this is a milieu in which each member can innovate, learn and grow at an exponential level. We’re all piloting this ship together, and both Renga and the IndieCade experience has inspired me to contribute to the continued cooperation and support that will keep this ship going.