Video Game Deep Cuts: You Got Politics In My Dreams 2 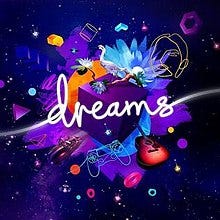 The latest highlights include the politics in games discussion re-ignited by Tim Sweeney's DICE comments - I was at the show in Las Vegas this week, btw, thanks to Meggan Scavio & the AIAS team for putting on another great event.

Video game development in Iran: Limited tools, front companies and a specter of war (Aron Garst / Washington Post - ARTICLE)
"January 3 was a regular workday in Isfahan, Iran, for indie game developer Mahdi Bahrami. Then he read the news. Iranian Major General Qasem Soleimani had been killed in Baghdad by an airstrike authorized by United States President Donald Trump. That’s when Bahrami’s normal day dissolved into fears for his loved ones and his livelihood."

What the CEO of Epic Games gets wrong about video games and politics (Kyle Orland / Ars Technica - ARTICLE)
"Sweeney is trying to walk a thin tightrope here, allowing for wide-ranging individual expression as a platform holder while trying to maintain political silence as a corporate entity. But those dueling principles can come into inherent conflict because producing and selling games, like producing and selling any other work of art, involves any number of inherently political choices and expressions. [SIMON'S NOTE: Having attended Sweeney's talk, it was an unfortunate self-derail at the end of an interesting and provocative speech on the need for open platforms, which you can watch on YouTube.]

The Unpredictable Challenges Of Gaming With Cerebral Palsy (Jane Humen / Kotaku - ARTICLE)
"Despite my best efforts, I cannot do anything that requires quick physical movement. Because of my brain injury I respond to on-screen stimuli more slowly than most players. This is particularly noticeable in racing games like Mario Kart, where making quick turns is sometimes impossible, or shooting games like Fortnite, where slow reaction times detract from my ability to survive without help from other players."

That time the US Secret Service mistook a cyberpunk RPG for a hacker's handbook (Jody McGregor / Dicebreaker - ARTICLE)
"The Secret Service confiscated computers Steve Jackson Games used to run its BBS (which is what people used to have in the days before online forums and comment sections existed), as well as every computer with files relating to then-unpublished GURPS Cyberpunk. They tore open boxes, damaged a letter opener trying to pick a locked filing cabinet and, according to some accounts, ate jelly beans off someone's desk."

Squeezing into the Industry: How a Couple African Kids Made a Video Game (Ben Myres & Cukia Kimani / GDC / YouTube - VIDEO)
"In this 2019 GDC session, Nyamakop's Ben Myres and Cukia Kimani delve into the unique challenges/opportunities of making games in an African country and explore the notion of "breaking into" the independent games space."

No Man's Sky's Interstellar NIMBYs Clash With a Would-Be Railroad Tycoon (Gita Jackson / VICE - ARTICLE)
""You had already so many beautiful communities out there, along with these excellent creators that we have. But they were so scattered around the whole entire No Man's Sky game, and online," May said. "I mean, basically there were only maybe five or six that were getting an internal viewing, but it wasn't enough for the world actually see some of these creations.""

Are Graded Video Games the New Equivalent to Graded Comics and Baseball Cards? (Harry Rinker / Rinker On Collectibles)
"Taking the high ground initially, I told Jason that there was a long list of positives already in place to create a possible long-term video game collecting market. First, the earliest video games are now 50 years old. As a result, games from the first 20 years fall outside Rinker’s 30 Year Rule—for the first 30 years of anything’s life all its value is speculative."

Why did Dreams take Media Molecule seven years to make? (Martin Robinson / Eurogamer - ARTICLE)
"Finally, some seven years after it first broke cover at 2013's PlayStation Meeting as it accompanied the unveiling of the PlayStation 4, Media Molecule's Dreams is here, its long and winding road concluding towards the tail-end of that particular console's life. Except it's not the end of Dreams, of course - it's the beginning of a project that will transform over time according to the community's needs and wants. [SIMON'S NOTE: semi-related, here's an interesting The Verge piece on crediting/exposure of Dreams creations.]"

Ubisoft Reveals A Surprise Division 2 Expansion 'Warlords of New York' That Is Designed To Revive The Game (Stephen Totilo / Kotaku - ARTICLE)
"These massive games that are designed to be people’s forever pastimes often flop badly. With conspicuous frequency, many of them are able to correct themselves, as developers reinvent their work, take on useful feedback and, at times, just keep their heads down and make them into something new and better. With luck, the fans come along."

The Making of Titanfall 2’s ‘Effect and Cause’, Revealed by Respawn Entertainment Senior Designer (Game Brain / YouTube - VIDEO)
"Titanfall 2’s stellar time traveling level, Effect and Cause, is arguably one of the most memorable gaming moments of the 2010’s. I sat down with senior designer, Jake Keating, to hear about the level’s creation and the biggest challenges he and the team faced making ‘Effect and Cause’ a reality."

2020 Predictions #7: Why Auto-Chess Games can't Monetize - and How to Fix That (Giovanni Ducati / Deconstructor Of Fun - ARTICLE)
"In 2019, it was DotA’s turn to incubate a new idea with a lot of potential: Auto Chess. In this analysis we will explore, if 2020 will be the year in which Auto Chess sees widespread commercial success. To save you from the suspense, the answer is NO. But we encourage you to read further to understand why. [SIMON'S NOTE: there's so little writing about F2P, which is >50% of the revenue of the game biz - read all of these great stats-filled prediction pieces if you can, since you need to know what's up, whether you agree with the monetization tactics or not...]"

Not-so-Dead Cells: Why maintaining an archive of your game is good for both you and your players (Gwenael Masse / VentureBeat - ARTICLE)
"So do we have a responsibility to preserve our past, for the benefit of us and others? We think so. It’s taken two years, but we recently released the Legacy Update on Steam, an archive of major Dead Cells iterations from 2017 to the present. They say you can’t make everyone happy, but it turns out you can — with a little planning."

How Hades plays with Greek myths (Alex Wiltshire / RockPaperShotgun - ARTICLE)
"When Supergiant Games started to make Hades, their Rogue-like action-RPG, they had plenty of experience making narrative games. Across Bastion, Transistor and Pyre, they’d found they were pretty good at telling stories. But in a Rogue-like? And what’s that? They intended to put Hades in Early Access? Could they ever fit with the kind of rich characterisation and storytelling that made Supergiant’s name?"

And relax … the joy of video games where you do almost nothing (Keith Stuart / The Guardian - ARTICLE)
"Coffee Talk comes from a long line of quietly transgressive games that don’t ask much of the player, that defy the popular notion of video games as a hectic, dizzying pursuit where buttons are bashed and the onscreen action is intense and demanding. Games, like music, can sometimes sit in the background, asking for little more than occasional check-ins."

The Animation of Phoenix Wright (New Frame Plus / YouTube - VIDEO)
"A professional animator explains what makes the extremely limited animation in the Ace Attorney series so effective."

‘Nobody talks about it because everyone is on it’: Adderall presents esports with an enigma (Coleman Hamstead / Washington Post - ARTICLE)
"Aspiring to become a full-time streamer and make a career out of his love for gaming, former semipro Halo player Matthew “MellowMajik” Murphy follows a weekly ritual. Every Friday and Saturday night, he comes home and gets on his new favorite game, Fortnite. But before he logs on, Murphy swallows a pill he thoroughly believes will aid him in becoming the best player he can be."

Luigi's Mansion 3 Developers On Money, Moral Choices And Luigi's Approach To Heroism (Stephen Totilo / Kotaku - ARTICLE)
"Ask a long-time Nintendo developer a question about Luigi’s Mansion 3 on the Switch and the next thing you know, you’re getting a snippet of insight about the creation of 1991 Super Nintendo classic The Legend of Zelda: A Link To The Past. Nintendo’s top people have been honing their craft for a long time and their expertise runs deep. [SIMON'S NOTE: I didn't realize until at the DICE Awards last night that the core developer of Luigi's Mansion 3 is a Western dev, long-time Nintendo partner Next Level Games. Duh...]"

Dutch’s real-life mom plays through Red Dead Redemption 2 (Owen S. Good / Polygon - ARTICLE)
"The 75-year-old mother of the actor who played Dutch van der Linde in Red Dead Redemption 2 played through the entire open-world game so she could understand what it was her son had done, and why millions hailed the work. And the essay she wrote about her experience is a wonderfully affirming, outsider’s commentary on fan culture, particularly in video gaming."

Between censorship and Steam, Chinese indie developers are hanging by a thread (Steven Messner / PC Gamer - ARTICLE)
"In a market defined by free-to-play online games, the term 'indie' doesn't mean much to a lot of Chinese gamers. But that doesn't stop over 10,000 attendees from gathering on the first floor of the enormous Shanghai Convention and Exhibition Center of International Sourcing to showcase and celebrate Chinese indie games."