SEARCH
A minimum of 3 characters are required to be typed in the search bar in order to perform a search.
DISCIPLINES
8 min read
article

Story can be found in unexpected places in games. In this article series, I will discuss my thoughts on finding narrative in surprising places, and applying those structures to your own games.
Nathan Savant
Blogger
July 13, 2016

In the first article in this series, I discussed the idea of distinguishing games based on narrative. I used the example of Metroid and Mario to showcase how two mechanically similar games can be distinct because of their narrative and tone, even if they aren’t story games.

In the second article in the series, I discussed the idea that even narrative games are sandboxes. Every game is built around a set of systems that can be played with, and narrative games simply incentivize us to follow the actions of one person as they play within that sandbox.

In the third article I outlined an approach to writing based around four narrative throughlines that define a story arc for not only the player character, but all of their surroundings as well.

In the third article I wrote a sort of pseudo-story as an example. This story centered around a cliche-ridden game about a dragon-punching protagonist being pitted against a great evil that has stolen the princess of a local kingdom. This story focused, primarily, on the kingdom and its reaction to the political problems of losing a primary member of the monarchy. The kingdom looks around itself for enemies, attacking all the nearby monsters, but comes to discover that the culprit was within its own borders, and only through introspection could it be defeated. I’d like to take this story and move forward with it, developing it using the other methods I was describing in the previous articles.

First off I would like to define the four throughlines of the story:

1. The world - A  prominent kingdom has lost its princess. The power vacuum that creates causes a civil war to break out, weakening the kingdom. The ruling class redirects the attention outwards and creates a war between themselves and the nearby monster clans to give people a way to blow off steam. In the end, it is revealed that corruption within the kingdom was the true cause of the civil war and the lost princess. The kingdom must repair these problems, as well as those caused by declaring war on the nearby monsters.

2. The surroundings - The kingdom is a happy place that has lost its princess. As time goes forward, a civil war breaks out, and much of the city is ruined as a result of the violence. The city declines quickly throughout the events of the main narrative, showing signs of abuse and violence. Outside the city is much the same, as another war is declared and the landscape is ravaged to prepare for the coming hostilities. Monster attacks increase as tensions rise, and fewer and fewer travellers are seen in the wilds. When the war begins, peaceful meadows are replaced with siege weapons and military tents. This remains much the same even at the end of the narrative, as peace talks must begin and apologies be made before the armies can disperse.

3. The protagonist - The kingdom has lost its leadership, and our hero must rescue her. They rush into battle, planning to punch every enemy they find until the princess is returned safely. This idea quickly falls apart when it becomes apparent that there are simply too many things to punch. The hero becomes injured and is forced to return to the city. While there they discover that there is talk of corruption within the city causing the problems, rather than the monsters outside the city. The hero investigates and finds a secret group of traitors hidden beneath the city, planning its demise. The hero invades this secret group and punches them into submission, finding the princess was their captor, and returning her to her throne. The hero is rewarded and goes on to live happily ever after, the end.

4. The mind - Our hero is a very straight-forward sort. When the princess disappears, they go after her, fists raised, because this is the method by which our hero has solved all of life’s problems. For the first time, however, they are met with an adversary they cannot beat with violence. They become injured and are forced to look inward, questioning the very foundation upon which their life was built. Is violence not always the answer? As they are examining their actions, they hear rumors of corruption. Another enemy to beat into submission, and a welcome reprieve from all of this thinking, our hero rushes forward. They see this secret group causing so much strife, and attack that group. Once again, violence has solved their problems, but maybe that doesn’t have to be the only way. The kingdom was nearly destroyed without a single violent act, a kidnapping did far more damage than any siege engine. Our hero must now contemplate their tendencies and figure out who they really are.

So there is our story. A bit cliche and a bit simple, but good enough to build. 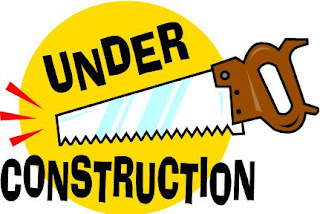 So what is our sandbox? What are the toys that the player is playing with? Well, we need basic movement mechanics, and a combat system for sure. We need to be able to talk with NPCs in some way, or to be able to punch them. Characters in this world need to be able to use siege towers and defend castles, so we’ll need some ability to operate machinery (because why program an NPC that can interact with something and not allow the player to do the same? (yes, I know there are a thousand answers to that question)). It would be better if we could climb ladders and shoot projectiles as well. We need large numbers of intelligent monsters around the countryside, but we don’t necessarily have to have them all in one place at one time, so long as there are large packs that can stop our hero from progressing. Mostly, we need basic melee fighting mechanics. Non-player characters will use weapons such as swords and arrows, but our hero needs to be able to fight with their fists.

Let’s get more specific now, and dive into how to tell this story. As we’ve seen in my comparison to Metroid, just because a game is focused around a story doesn’t mean that we have to convey that story through traditional means. 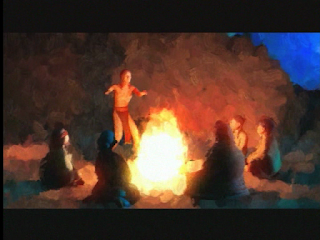 "And then a giant metroid drained all of her energy!"

So where do we need words in this game? Well, we can show the princess being abducted. We can show the kingdom falling apart, but it would greatly help if we could hear the outrage in the streets, so I think it’d be worth it to have text or voice to setup the civil war. We don’t need to stop for this, but you should get snippets as you go about your questing. We can convey a war without words, so long as we hear officers issuing commands. We’ll likely need some words to convey the player’s injury and being sent back to the city. We’ll start to see more and more words after this point, as our game shifts from being focused around violence and begins to focus more on political intrigue. Throughout this, however, we don’t want to stop our main character. They are not the type to participate in heavy discussions, or go around investigating in a traditional manner. Our hero wants to punch things, so their actions should always be about going from one place to another, and the voice/text should simply be a part of the background as they travel from place to place, perhaps with a bit of text at the beginning and end of their trips to establish purpose. Think Half Life 2, where the player is rarely forced to stop moving for the sake of story.

And from this point, we move into more standard techniques for figuring out storytelling in games, so I'll leave you to apply your own skills moving forward. Hopefully this article has given you enough to think about and adapt to your own process. This isn’t a perfect method for constructing a story, and my own youth and inexperience may hinder my application of the technique, but hopefully this will help at least a few of you to organize and develop your stories more thoroughly.

Story, in this example, was our starting point. Unfortunately, that’s not the way things are much of the time. Perhaps you are working for a company that wants to make a new [insert franchise here] game that already has defined gameplay systems. Or maybe you’re working for a company that has no interest in telling stories with their games, but you want to sneak something in because you’re a rebel and down with the man, man! In one last article, I’m going to walk through this process again, but starting with a gameplay mechanic instead of a story.