I wrote this blog recently in regards to downloadable games and our expecations of content and time. The original post can be found here: http://ivandashsmith.blogspot.com/2012/01/value-of-length.html
Austin Ivansmith
Blogger
January 04, 2012

Recently I was incredibly fortunate to be a part of the team for Mighty Switch Force! So far the game has gotten an incredibly warm response from the gaming community and reviewers, and as of this writing has an 83% on Metacritic and 84.4 on Gamerankings. Really I couldn't ask for a better reception for the game, even though there seems to be one universal complaint: it's too short.

(Just to be clear, my opinions don't represent those of WayForward, and a lot of this isn't definitive opinion, more introspection. I really want to open a dialogue on the matter and see what other people think using this game as a familiar example.)

Is it too short?

I emphasize the "too" because I am really curious about player expectations in our current world of gaming. Where $.99 and Free(mium) games are readily available on our phones, what are our expectations of a game and the amount of time we spend with it? Traditionally a handheld system, like a Game Boy or DS, has had smaller games than those on console, giving players little nuggets of gameplay and escapism in small session increments between the events of everyday life. I would expect no different for the 3DS, which is arguably going to be the flagship handheld system for the next 5+ years (barring "Lite" versions or alterations to the design which Nintendo always does). Also, downloadable titles are generally smaller than retail releases. So by that logic we should expect a downloadable title on a handheld device to be short, right?

How should we as gamers measure our expectations of a game with the intent of the creators of a game? Take for example this Nintendo Power interview with the game's Director, Matt Bozon, where he addresses the length of the game from June 2011:

Though [the levels] are longer and more action-packed than our previous Mighty titles, the total game will be somewhat shorter, and here’s why. What I love about NES-era games, and especially Contra, Journey to Silius, and Mega Man 2, is that once mastered, they can easily be beaten in a single session. Nowadays if I want the satisfaction of sitting down and “taking in” a game in one sitting, I have to look backward. We’re going to try to change that, and embrace the pocket-sized appeal that’s been lost over the years. That’s the beauty of the eShop–we can experiment with different kinds of releases and see what the players like. So prepare for gaming concentrate.

Yes, Mighty Switch Force! is a short game, but it is intentionally short. It is a game without tutorials, without padding, without unskippable dialogue exchanges, without fake longevity. It embraces the notion of getting to the essence of the fun and experiencing it uninterrupted. But in the end it's short so it sucks, right? 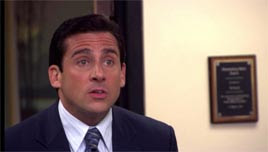 Video games are most often compared to the movie industry, with big teams and big budgets working on epic audio visual experiences. But with indie developers having a platform to deliver work to consumers there are more and more parallels with musicians than ever before. Like musicians getting together and recording songs in a studio, indie devs can get together and put together a game. Traditionally in the music industry there were three kinds of releases: LP's, EP's, and Singles. LP's usually have 10+ songs and are seen as the more standard release in popular music, a full album or CD. Singles are single songs. EP's (short for Extended Play) are longer than a single but shorter than an LP and generally have 4-6 songs.

I'd like to think indie endeavors and downloadable titles are much like EP's. They contain the essence of the art in a smaller package, and without the kind of funding a big budget game, or LP, may receive, but they are also not a tiny snippet of the art like a flash game, or a single, might be.

Games do not have the kind of labels to manage expectations of content quantity the way EP's, Short Films, or even appetizers do.

You beat the game, now what?

One of the more interesting comments I am seeing are people wondering what they can do with the game now that they have beaten it. It brings to mind a few questions:

1. What do you do with any game that you have beaten?
2. Have some of these people beaten games before? I don't mean it to be harsh, but most people don't complete games and it's either a shock or unfamiliar territory. Here's an interesting read on the matter.
3. In today's games can they actually be beaten in the traditional sense because there are too many things to actually be considered complete? 1up did a great feature on this very topic.

One of the company's key goals with MSF! was to have a game people could actually beat. Some of our earlier titles were unforgiving in their difficulty at times, so we made a concerted effort that all challenging puzzles were reasonably difficult but not unfair. I feel we are incredibly successful in this because so many people have beaten the game, which is actually no small feat on the player's part and I applaud them.

But is there something more sinister and psychological than these reasons? Do people prefer simply to have a lot of content available even if they had not beaten the game? If we get 50% through a game in two hours but hit a wall of difficulty where we put the game down for hours or days (and possibly never pick it back up), do we feel the game is a better value (or just better in general) than if we had beaten 100% of the game in those same two hours? Is there a high level of value for potential game to be played even if these potential parts of the game are never played?

It's no longer art 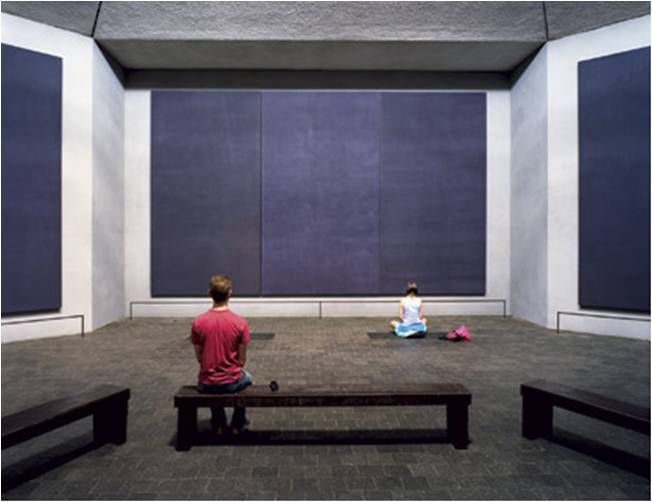 Rothko is a great artist because his paintings are huge.

When you begin to value an artistic medium and it's pieces of art based on the amount or size of content provided instead of intent of the creator or artist, the message relayed or the experience that is had, then the medium ceases to be art.

In the end our "game length = value" is upended years after the release of a title in question. Ico and Portal are both games clocking in at around the 4 hour mark for someone playing through on their first time, and both titles were dubbed "short" when they were released. But years after their release the length of the game is no longer a factor in determining whether or not it is a great game. They are revered for their creativity and the overall experience the player has with the game.

It's funny to think that 10 years ago a game like Mighty Switch Force! would be released for the GBA at $30, and in those 10 years our expectations as consumers has obviously, and quite fairly, changed. I know mine has. But it leaves me wondering what our expectations are going to be 10 years from now?

Ultimately I think hearing a few people out in the world wishing for more game is a good thing. They saw the entirety of the game, got a taste of something wonderful, and want more! Any great song, any great meal, any great story always leaves the masses wanting more.