The Rise and Fall of the Collectible Game Market

Collectible markets have become a way for people to make big bucks with a variety of items. But can games someday be the financial solution to our problems?
Josh Bycer
Blogger
December 07, 2012

Collectible markets have become a way for people to make big bucks with a variety of items. But can games someday be the financial solution to our problems?

In consumer based markets, products have another usage beyond the general consumer base: as collectibles. From comics, to cars, books, and guns and so on, there is a lot of money out there. The video game industry is over twenty years old from when Nintendo brought things back, and we already have games that have become hard to find and collectible.

With other collectibles, no one knew at the time that they would be worth big bucks, but does that mean that classic gamers are sitting on a potential gold mine?

Blizzard has made quality collector's editions. Causing them to retain their value longer then other games.

Every once in a while I like to look up on Amazon the prices people are asking for older games ; one time I saw the original Donkey Kong Country, brand new going for $300. I was even tempted a few times to sell a few of my harder to find games.

However, just because someone is asking a lot of money, doesn't mean that it’s selling for a lot of money. Personally I don't think classic games are going to reach that point, and the reason has to do with the nature of our industry and the collectible market.

When we look at items that are considered collectible, there are two types: ones that are displayed, and ones that are used. You can't use artwork, but someone who buys a classic car would like to take it out once in a while.

Toys are preferred to be displayed, preferably with a box as well. Depending on the collector, they may prefer items that can be used vs. those that can only be displayed or vice versa.

Mainly, collectors want items in a condition similar to their original purpose. A gun that doesn't work will be worth less compared to a similar gun that fires regardless of the collector.

With video games, while there is some nature of the displayed aspect with collectible boxes and such, but the actual product is not a display piece. Older games were on cartridges that are too small to really showcase, and the same could be said for CD cases.

The only exceptions to this would be arcade cabinets and pinball machines. That not only allow someone to use them, but are big enough that they can be displayed.

That leaves the main reason to collect video games is to play them, which leads us to another area where video games and other collectibles differ.

When we look at items like cars, guns, and other major collectibles, the popular opinion was that items made back then were of a higher quality made today. Either that is due to the craftsmen or available materials or both, the expression “they just don't make them like they use to" fits here.

With classic cars, they do have a unique look all their own that lends to the mystique of owning one. But with video games, quality is very subjective.

We can easily say that they don't make video games the same way back then as they do today, but can we say with complete certainty that games back then were better? There are a lot of classic games that fans hold in high regard, that feature a lot of archaic design.

The original Might and Magic series, and X-Com were considered great, but most gamers today wouldn't look twice at them. And then you have the dozens of shovel ware and just crappy games that most people didn't buy. Such as the infamous ET game for the Atari which unsold copies were supposedly buried in a ditch somewhere. 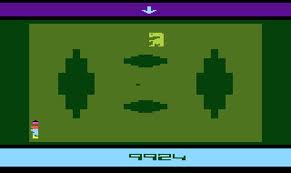 The original ET game may be very hard to find. But I don't know anyone who would actually want it.

Game design has evolved over the last two decades, first with the introduction of 3D and now with the Indie and digital markets.

With multiple platforms and genres, offers a greater amount of accessibility today compared to late 80s.

Now most of you are probably thinking that because of the quality of games today that they would make great collectibles. However, there is one other factor in determining collect-ability that goes against the game market.

The other side of people not making items the same way today is that there are very few of those items left. I can't walk down the street to a car dealership and get an original Shelby Cobra, or go to a gun store and pick up an 19th century rifle. The items that are worth the most money are always limited in numbers which is as big a factor on price as condition.

In the late 90s we did see some gamers attempt a collectible game market. I remember the game Radiant Silvergun for the Sega Saturn going for almost a thousand dollars. But then something happened that was a boon for gamers and a curse for collectors: the digital market.

The rise of digital distributions has been one of the major turning points in the Game industry. Today, you don't need to wait in lines for games or go searching store after store for a remaining copy. Instead you can go on your computer or game console and buy games directly through them.

What that also means is that the rarity factor for modern games has gone out the window, as digital copies of titles means that the # of available copies of a game is now considered infinite. Going back to Radiant Silvergun, it was recently made available on XBLA for $10, making those nine hundred-dollar copies a bit foolish now.

And PC gamers have gotten their prayers answered for playing classic games with the site Good Old Games : that sell classic pc games modified to work on today's computers for low prices. This in turn makes the barrier of entry of playing these titles, even lower.

As we are seeing more cases where either the publisher, or the new holder of the copyright would re-release older games to get some use of them. As a case in point, the recent release of Jet Set Radio HD for the consoles and PC. If the game was popular enough, chances are the copyright holder will look into digital distribution to make more money. 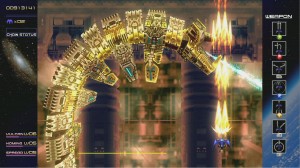 Radiant Silvergun is considered one of the most collectible games  But even it is now available through the digital market.

I believe that someday we'll reach a point where the business philosophy of Good Old Games will apply to other platforms besides the PC.

This would allow gamers to go from playing the original Super Mario, to Halo and then Final Fantasy 12 without skipping a beat.

I know that some of you right now think that could never happen, but a decade ago the idea to have a one stop place to buy functioning hard to find classic PC games was also considered crazy.

This console generation has been the most active in terms of online services for platform. And as we are coming close to the next generation, the online interaction will only increase. This will further decrease the rarity of titles and it's safe to assume that IP holders on older games are looking at the digital market to sell older titles. I may be able to go online and buy and enjoy a copy of Sid Meier's Alpha Centauri, but I'll never be able to do the same with a 1938 Bugatti Type 57C Atalante.

Reprinted from my site : Game-Wisdom