The Player is the Artist: Games as Interactive and Performance Art

Games possess the attributes of film, but should not be judged by the metrics and ideals of film, which would see their greatest quality, player involvement, reduced to their greatest obstacle.
Enrique Dryere
Blogger
September 18, 2009 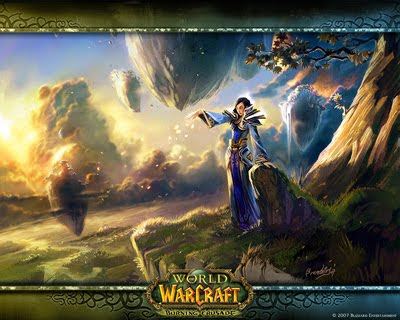 Much has been said on the topic of whether or not games are art. And yet many of these discussions neglect 50% of the equation: the player.

When avant-garde filmmaker, Maya Deren, questioned the medium of film, she asked herself what it was capable of doing that other mediums could not. Film may not have the narrative aptitude of a novel. It may not capture the qualities of an image as a painting can. And its musical qualities may fall short of orchestral performances. Yet capturing and manipulating motion in relation to time is something that is unique to the medium of film. Deren's conclusions may be controversial, but I believe her approach is sound.

In addition to what is exclusive to film, it enables creators to blend the elements of other art styles. The combination of all these facets is what ultimately results in the artistic power of film.

Games can do anything a film can do. They also involve the participation of a player. This has led games to be qualified as interactive art by some. And it is because of this interactivity that Roger Ebert has claimed that games "simply can’t compare to great dramatists, poets, filmmakers, novelists and composers" as those mediums require authorial control. In other words, game designers are unable to tell a story as eloquently as writers and directors because they must account for several contingencies in the plot, as it may be affected by players' actions.

When the artistic value of games is measured by the ideals and metrics of film, something very sad happens. The greatest quality of games, player interaction, is turned into its greatest obstacle.

What can the Game Industry Learn from Lionel Messi? 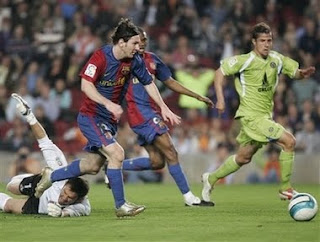 Some athletes elevate their sport to new heights. They possess an ability or genius that separates them from the crowd. FC Barcelona's Lionel Messi is arguably one of those athletes. His exploits have captivated audiences worldwide, and the interplay he shares with his teammates have been said to epitomize the "beautiful game."

Whether you are a fan of football (soccer) or not, it is important to point out that there is an ideal present in the sport which is regarded as "beautiful." This implies that a certain play style is more aesthetically pleasing than other strategies that are just as effective.

So is the game of football an art? You may say so if you watched Messi play, but you would not be so inclined if you were watching me trying to ineptly dribble my way up the field. What determines the artistic quality here is the performance of the athlete, not necessarily the sport itself. Just as Michael Jordan's aerial antics became an iconic logo, Messi's trademark plays are writing themselves into our cultural history.

While games can limit themselves to interactive art, it is my belief that they can extend into the realm of performance art. This means that the influence of the designer is ultimately secondary to the actions of the player in the creation of art. But this also implies that the game must contain gameplay which is rich enough to give players the chance to express themselves in artistic ways.

But artistic expression does not need to be limited to the creation of dramatic images or sound. It can simply come as a result of skillful or inspired play. The primary limitation of art in games can then be said to come from the lack of complexity and nuance in the control the player has over the game.

The capacity for skill has to be accompanied by visual and audio cues that are clear enough to be appreciated by the audience, which in the case of games is often times the performer or other performers. The visceral rewards for skill cannot come as a result of scripted events, as their perceived worth would quickly devalue. They should be generated dynamically.

The FPS and Fighting Game genres have perhaps come the closest to achieving this sort of performance art, but still have a ways to go before any of their players will be likened to great musicians or athletes. They allow for sufficient skill, but typically lack enough emergent gameplay to allow for true creativity, which is essential for players to differentiate themselves from others.

Guitar Hero is not Performance Art

Despite the fact that Guitar Hero deals so closely with the performance art of music, it is not performance art itself. There's plenty of skill to be demonstrated, but next to no creativity while playing the game. The point is not to create music, but rather to insure that the music keeps playing properly. 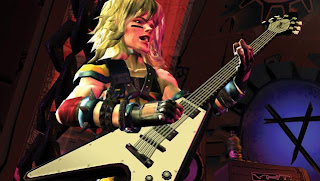 It can, however, be argued that Guitar Hero is a good form of interactive art, as it brings participants closer to the music than simply listening to it in a passive medium. The difficulty associated with a particular song can give players a greater appreciation for the artists who composed and performed it.

Putting It All Together

While a player's performance should perhaps be central to the development of games as an art form, it should not preclude designers from incorporating the other facets of the medium. Combining the qualities of interactivity, film, communication, and performance will lead to what can be argued to be the greatest expression of art that mankind has ever known.