SEARCH
A minimum of 3 characters are required to be typed in the search bar in order to perform a search.
DISCIPLINES
7 MIN READ
Featured Blog

Given enough time, a thousand monkeys sitting at a thousand typewriters will produce the complete works of Shakespeare. But what happens when thousands of gamers play Pokemon?
Dennis Ramirez
Blogger
February 25, 2014 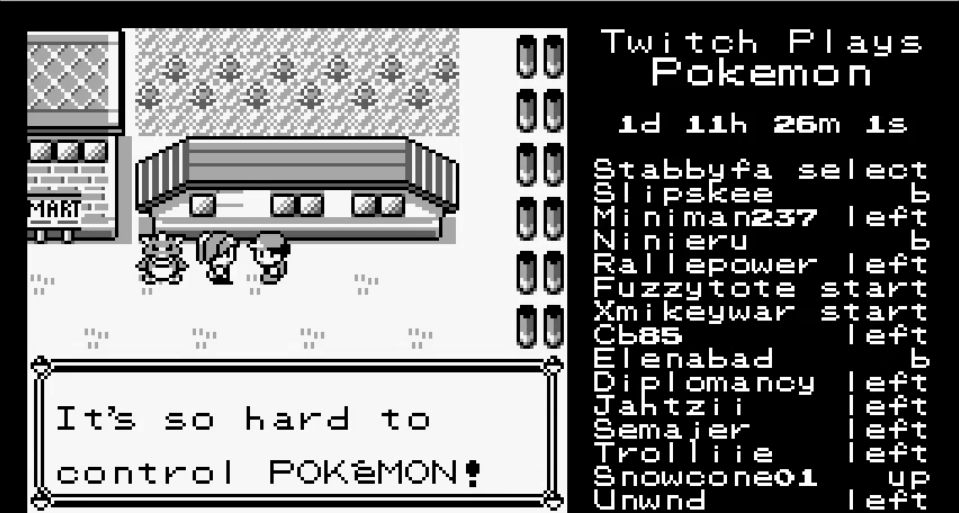 Given enough time, a thousand monkeys sitting at a thousand typewriters will produce the complete works of Shakespeare. Or so goes a permutation of the Infinite monkey theorem which states that given enough time, randomly generated sequences of characters will result in a reproduction of Shakespeare's seminal plays. While the popular saying itself is a metaphor, it seems to resonate with people given its constant citation in popular culture. While the probability of this event actually occurring is exceedingly low, it is not zero, which is fascinating. Under a similar premise, the phenomena that is Twitch Plays Pokemon has set out to see if order can arise from chaos. Can a thousand gamers at a thousand computers can collectively beat the game Pokemon? As of this writing, six days into the experiment, the answer seems to be, yes.

Twitch Play Pokemon (TTP) made it’s debut on Twitch.tv on February 12, 2014. Touting itself as a social experiment, TTP allowed viewers to influence the game’s progress by allowing them to input commands via chat. The system itself is simple. By parsing commands gathered in a user chat window, an IRC (internet relay chat) bot sends commands to an emulated version of the game Pokemon. Since it’s release, TTP has gathered 17 million views with upwards of 100,000 people participating at the same time.

Pokemon Red, the game used in this experiment, was released in 1996 and was the first installment of what has been noted as the most successful RPG series of all time. Pokemon is a role-playing game (RPG) centered around Pocket Monsters (Pokemon). In the game, the player is tasked with documenting, capturing, training, and battling these creatures. The goal of the game is familiar to many: collect all 151 species of pokemon (filling up an in-game encyclopedia), or become the strongest trainer in the region by defeating the regional champion in a duel. The social experiment TPP chose the latter as a goal.

As expected, parsing hundreds of commands a second results in what looks like chaos. The main character is seen spinning in circles, attempting to use items at inappropriate times, and generally doing things no competent player would ever do (such as naming a member of their team “ABBBBBBK (“ ). Inspite of this, there seems to be just enough consensus in the mind hive to move ahead. A week into the project, TPP collected 4 badges completing about 50% of the game. This is not the first time that a real life permutation of the infinite monkey problem has been attempted. In 2003, Lecturers and students at the University of Plymouth placed a computer into a Sulawesi crested macaques exhibit to see what would happen. The result was 5 pages of characters, mostly the letter S. During the course of the experiment, the dominant male ruined the computer by bashing it with a stone. To add insult to injury, the other macaques then urinated and defecated on the computer. Needless to say, TPP seems to have a better track record of moving towards its intended goal. 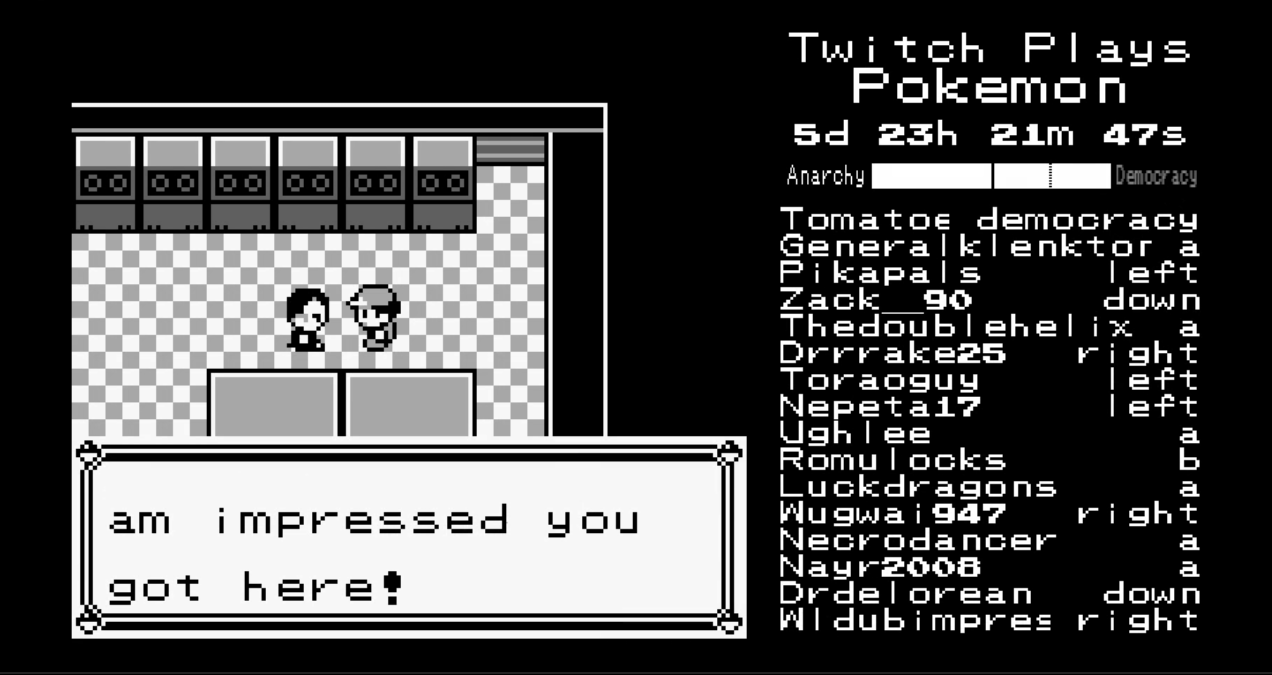 Perhaps the most interesting thing about TPP is the community that has risen around it. Within days, TPP had created it’s own subreddit (http://www.reddit.com/r/twitchplayspokemon/) where players could converse about strategy, or significant events that happened in-game. Interestingly enough, Players took it upon themselves to create a narrative around the seemingly random events resulting in a collective history, and, more interestingly, a collective mythology. The Helix Fossil, a significant item in the game, cannot be used in normal circumstances but, due to the chaos, it was selected several times during gameplay to no avail. This seemingly meaningless act was interpreted by the community to hold some significance to the main character. Soon the act was interpreted as religious one leading to the mantra “All hail Helix”. While entertaining, this act of attributing some otherworldly explanation to an unusual event has been repeated throughout our history from the Witches of Salem, to the Cargo Cults of Fiji. The narrative built around the random occurrences has become a great source of entertainment for the community and often influences it’s actions. 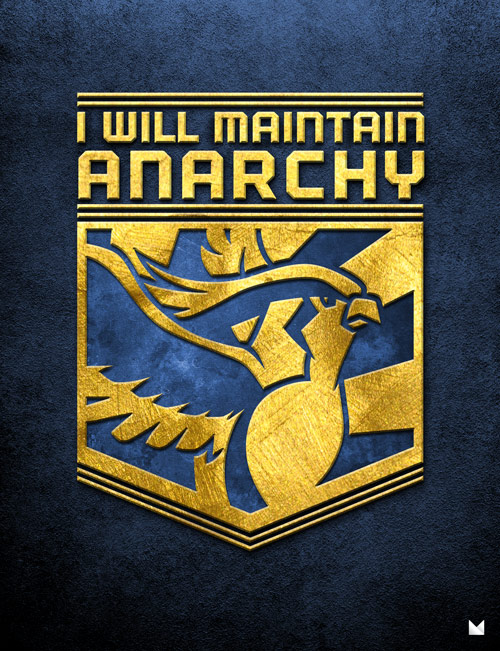 On the 6th day of the experiment the system introduced a Democracy system in order to get past a movement based puzzle that had been holding up progress for almost 24 hours. This new system gathered votes for 5 seconds before executing the most voted for choice. In addition to voting for an action, the new system also made it possible to vote how many times that action was used. For example, “a2” would execute the “a” command twice. While this system allowed the collective to solve the puzzle in a (relatively) short amount of time a majority of the players felt that the new spirit was contrary to the initial goal of the experiment. To their credit, the puzzle that had been impeding progress had been solved twice without the Democracy system, but due to chaos was also restarted twice. The outrage expressed by the chat filling with “RIOT” lead to amendment of the system so that, in addition to issuing a command, players could also vote for either Democracy, or Anarchy.

This compromise did not please the collective which showed its disapproval in the form of issuing the command “start9” as a way to stop progress while in democracy mode. In other words, TPP introduced Democracy while Players introduced the filibuster. What had started as a representation of the infinite monkey theorem resulted in, what some players jokingly referred to as, a politics simulator. Those in favor of the Democracy noted that it had taken 18 hours to overcome a ledge (something which a player would spend at most a minute on). Those in favor of the classic mode of anarchy noted that Democracy slowed down the game, was not in the spirit of the original problem, and had made the random mistakes, which had been celebrated by the community, almost non existent. This divide still exists and has also been worked into the narrative of the community. However, since the ability to switch modes was introduced, the majority of the time has been spent in anarchy.

Since TPP appeared, other streams with similar goals have been created. One of these was a game of pokemon run by a pseudo-random number generator (RNG). It’s interesting to compare the progress made by RNG to the original TPP. While both games managed to make it a fourth of the way through the game (having earned 2 badges) the RNG experiment ended in a fail-state where the protagonist lost all their money and released all their pokemon, save a magikarp, and thus was unable to continue. While impressive, the failure of RNG suggests that in spite of the interactions one might see during a minute of chat, there is more going on in TPP than chaos. Because of the community, the newly introduced Democracy system, and the collective bias towards completing the game, TPP cannot be seen as a purely random system and probably won’t give us much insight into the infinite monkey theorem, but, it is a good example of emergent behaviour. Emergence is the idea that individuals following simple rules give rise to complex systems. One of the more famous examples of this can be found in agent based models of flocking used in several games today. Developed by Craig Reynolds in 1986, the artificial life program BOIDS successfully replicated the movement patterns of birds flocking by making each individual boid(artificial bird) follow simple commands. These commands included how far they should be from one another and aligning towards the direction of the average flock member. In much the same way, individual participants of the TTP experiment can be seen as individual agents abiding by the same rules in order to achieve a more complex goal (progressing through the game). Individuals assign one of eight commands based on the task at hand, correct themselves if they overshoot and slowly make progress. Even if some players are there to specifically impede progress, other individuals react to their input resulting in a course correction and net positive outcome.

While it’s not certain that TPP will end with the game’s protagonist becoming a Pokemon Master, it sure is interesting to watch.