SEARCH
A minimum of 3 characters are required to be typed in the search bar in order to perform a search.
DISCIPLINES
10 min read
article

Story vs Plot for Indie Games

There’s one massive pitfall that I’ve seen many an Indie dev tumble into, and it’s wanting a story for their game but not knowing exactly what a story is. You see, every game needs a story, but not every game needs a plot. And trying to apply a plot to a game that only needs a story will land you in hot water, both mentally and financially.

Okay, so what’s the difference between Plot and Story?

Plot is generally defined as ‘the main events of a play, novel, film, or similar work (e.g. video game), devised and presented by the writer as an interrelated sequence’.

Narrative is ‘a spoken or written account of connected events; a story’.

Story is ‘an account of imaginary or real people and events told for entertainment’ and also ‘a plot or storyline’.

Which is all very bloody confusing!

So I’m going to lean on the wisdom of the great writer, E M Forster. To be honest, I’ve never read any of his work but I love his eloquent description of the plot/story conundrum.

‘The king died and then the queen died.’ Both are dramatic events but at the moment they’re seemingly unconnected. Perhaps the king slipped in the shower and the queen was asphyxiated by an overzealous corset attendant.  So these are two separate events that make up a ‘story’. Stuff happens.

If the queen dies of a broken heart because she failed to buy that non-slip bathmat she’d had her eye on for weeks then we have ‘plot’, a clear causal connection between one event and the other. King dies. Queen blames herself for her beloved’s demise and is overwhelmed with grief and guilt. She shuffles around in a tormented daze until blithely stepping in front of a runaway stagecoach.

Plot is the food and drink of film and television. The Hero’s Journey and all that malarky? It’s all plot structure, and those mediums have spent decades working out what a ‘good plot’ looks like. It’s linear and every event is linked in some way. Events cause other events until we reach some sort of concluding event, like the rebels blow up the Death Star or the beloved northern English actor gets killed for the umpteenth time, which is all very fine and dandy when your audience is happily sitting there, soaking it all in. But what happens when your audience wants to get involved? What if they want to take the plot in a totally different direction? What if they say ‘Screw the plot! I just want to gather loot, focus on my character build and kick arse in PvP!’ Yes, some players will happily set fire to your lovingly woven plot tapestry just to warm their toes.

Let’s drop a gamer into E M Forster’s definition. The king dies because he was a level boss and the player killed him. The grief-stricken queen vows vengeance and sends the kingdom’s entire army against the player, including a whole bunch of mercenaries, barbarians and monster freaks she’s managed to hire from ‘places unseemly’. The player cuts a bloody path through the nefarious horde and eventually faces the queen herself as the end-of-game boss. She’s now a powerful necromancer having sold her soul to some dark god. In a climactic and epic battle, the player kills her and ends up ruling the kingdom.

The king dies because the player killed him. The queen dies because she tried to kill the player out of grief-driven revenge. You see, the story pieces are there, the deaths of both king and queen, but it’s the player who forges the plot.

For a fast and gritty education in how players can seriously tear up your plots in favor of stitching their own together, watch Westworld, the 2016 TV series. It beautifully divides player types into those that want to play along and those that just want to play. The subplot with William and Logan perfectly characterises these player differences.

William is a natural roleplayer, someone who wants to immerse himself in the romance of story. He wants to be the knight in shining armor. He wants to fall in love. He wants to understand the NPCs and their world. He wants to have relationships. He wants to inhabit the reality of being a cowboy on the wild frontier.

Logan is a power player indulging in his own empowerment fantasies. He wants to have a lot of sex and shoot a bunch of people. He wants to lord it over the NPCs and feel like he is dominating the virtual world, playing by his own rules instead of the prescribed rules of the game.

These player types, the Roleplayer and the Power Player are very real so you need to know which of them will be playing your game the most. If it’s William, then plot is an option. If it’s Logan, forget about plot and just focus on the mechanics and story context. 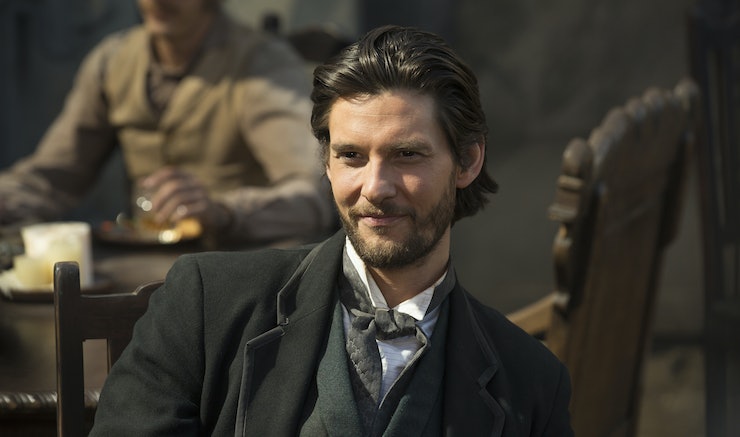 Likewise, if you’re creating what’s traditionally called a ‘story-driven’ game, then you’ll be wanting a writer who is well versed in plot structure. A novelist, screenplay writer or TV storyliner will do nicely here. Look at Telltale Games for instance. Their games are essentially pick-a-path stories. Yes, there are plenty of branches to wrangle, and plenty of ‘choices and consequences’ to balance, but a branching plotline is still linear. It’s just a matter of writing multiple plotlines rather than just one.

The same goes for a game like Oxenfree. It’s perfectly linear in nature...a bunch of teenagers end up on an island and have to solve a ghostly mystery. One event leads to another in a classic king-dies-queen-dies-of-grief kind of way.

The dialogue in Oxenfree is definitely not linear. What Alex says to Jonas, Ren, Nona and Clarissa affects those relationships in a myriad of ways. Attitudes change. Characters reveal different parts of their nature and backstory. Yet underneath the plot remains the same. Certain events like the possession of Clarissa by ghosts or the act of stepping into a ghostly triangle into a parallel universe...these have to happen. They’re a fixed part of the plot and nothing the player can say or do will change that.

What happens if your game isn’t plot-driven? Well, now that’s where things get really interesting for a narrative designer like me. And you definitely need a narrative designer for work like this, someone who can develop a whole confetti box of story pieces that you can scatter throughout your game in order to make a ‘story experience’.

I once heard narrative design likened to theme park design. A park ride might have a story context, a must-have for any haunted house or ghost train ride, and the ticket-holder then explores that context, feels part of that miniature world for a bit. 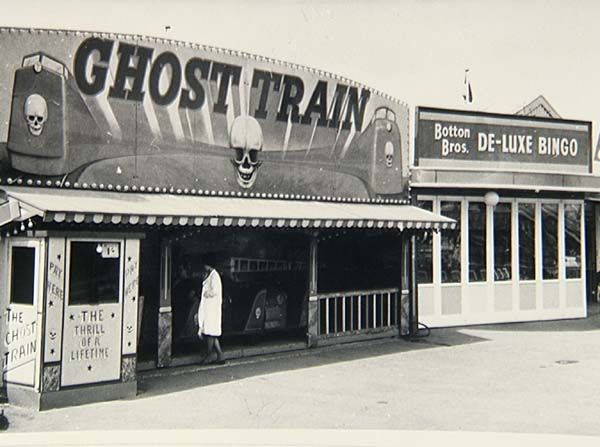 It’s a tough thing to explain in abstract so let’s get concrete with one of my favorite ever Indie RPGs. Darkest Dungeon.

Being a rogue-like RPG, Darkest Dungeon is all about the experience of delving into Lovecraftian realms, surviving by the skin of your teeth and going completely bonkers in the process. There is no ‘plot’ beyond the usual fare of ‘mad overreacher explores where he should not and unearths an ancient evil that then corrupts the entire place’. Sounds like a hundred games, stories and novels already, right? And it would’ve been no different to the rest had not the creators stopped right there and said, “Plot, shmot! Let’s give the player a story-rich experience instead.” I’m sure that wasn’t their exact words, but the spirit of that statement permeates almost every element of Darkest Dungeon.

Darkest Dungeon wrangles its world design, glyphs and dialogue in such a way as to totally wrap the player in story without ever demanding that they follow any sort of plot.  As soon as a player follows a plot then their choices are limited. Darkest Dungeon’s limits are mechanical, not narrative. You can pretty much engage with whichever elements you want, whenever you want, within the confines of what’s possible for you at the time. I’m going to go into the specific elements in more depth later on. For now, let’s dip our tootsies in this narrative bloodbath so we can get an overall feel for what Darkest Dungeon does.

Your progress in Darkest Dungeon is defined by character levels, character health (both physical and mental) and how much of the game’s hometown you’ve managed to rebuild and upgrade. In fact, the hamlet itself is as much an RPG character as the adventurers that use it as their base of operations.

For a start, the adventurers themselves are the sort of troubled types you’d find in any Lovecraftian horror.

Houndmaster - “A lawman and his faithful beast. A bond forged by battle and bloodshed.”

Leper - “This man understands that adversity and existence are one and the same.”

And where does all of this personality and experience come from? Well, mostly from the horrors the adventurers have to deal with in those antediluvian depths. Frightening monstrosities, eldritch curses, itchy and icky illnesses, and the ever-pervading gloom itself. Darkest Dungeon needs no character arcs nor ticking plot devices. It has game mechanics! Each adventurer has a stress counter. When that stress counter rises too high, the adventurer in question ‘cracks’ and develops some rather peculiar psychological maladies. Selfishness, masochism, hopelessness, irrationality and paranoia...this list of afflictions goes on. And the result? The adventurers actually start to behave differently during combat. A ‘masochist’ will race to the front of the party of their own volition so they can invite the most damage upon themselves. An adventurer who is feeling ‘hopeless’ may decide to skip their combat turn. A ‘fearful’ adventurer will shift themselves to the back of the pack whilst ranting in such a terrified manner that it raises everyone else’s stress counts. An ‘abusive’ adventurer will cast aspersions on his party-mates, resulting in ever further increased stress counts.

In a nutshell, or nutcase in this instance, each character’s story context is expressed through mechanics and succinct text bubbles. No expensive voice over (apart from that wonderfully creepy narrator), no plot to adhere to, and yet the group dynamics are as clear and complex an expression as one might find in a soap opera.

But how do you ‘write’ for something like that?

That I will try to explain in the next post.

This has been an extract, adapted for this post, from the Narrative Design for Indies series of books, the first of which, Getting Started, is now available on Amazon Kindle and Kobo.