An exploration of the emotional responses to primitive shapes, and how they can be utilized in level design block-outs to convey theme, tone, intention, and further inspire the artistic direction.
David Orosz
Blogger
August 24, 2020

THE SHARED EXPERIENCE OF ART

How is it that a work of art, a song, a book, or a game can leave an emotional mark that is so uniquely personal, and yet shared by many others?  Effective works of art are able to tap into an inherent understanding in the observer or participant, and speak directly to their natural shared experience of being.

As a member of the game development community, we strive to create experiences that are relatable, effective, and personally engaging.  Video games are unique in that they incorporate visual and audio arts, as well as providing authorship directly to the player.  By handing off a portion of the experience’s creation to the player, it is all the more important they instinctively understand the space they inhabit.

In this article we will explore visual language, how certain shapes convey meaning to the player, and how we can build a scene that utilizes that language.

Molly Bang wrote a wonderful book exploring the qualities of shapes and our emotional response to them:  “Picture This: How pictures work”.  In it, she describes her experience of illustrating a Red Riding Hood story using only the most basic shapes to convey emotion.


“I first decided to represent Little Red Riding Hood as a little red triangle and then asked myself, “Do I feel anything for this shape?” The figure is not exactly fraught with emotion, yet I knew I felt things about it that I didn’t feel for others. It isn’t huggable. Why not? Because it has points. It makes me feel stable.  Why? It has a flat, wide, horizontal base. It gives a sense of equanimity, or balance, as well, because its three sides are equal. If it were sharper, it would feel nastier; if it were flatter, it would feel more immobile; and if it were an irregular triangle, I would feel off balance.” 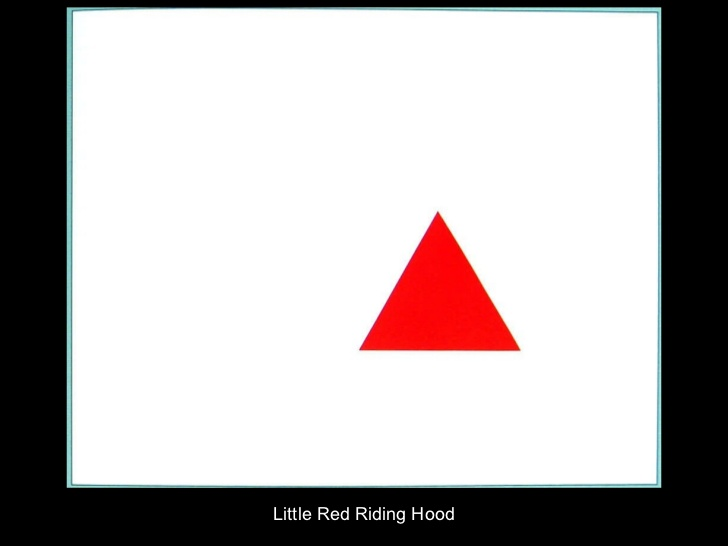 By understanding the feeling produced by the most basic of shapes, like the triangle above, we are better equipped to create levels for games that communicate intentional tones using core primitive shapes.

Andrew Loomis is also an illustrator and writer.  In his book “Creative Illustration,” he has broken down shapes into categories with archetypal descriptions of the emotional responses.  In the chart below I’ve condensed some of Molly and Andrew’s assessments of shapes, and the reactions they can evoke in the observer, along with Andrew’s illustrations from the section “The Relationship of Line to Emotional Response”.

We can add to these lists ourselves from our own experiences and interpretations by identifying how shapes make us personally feel. Observing the commonalities between different interpretations, and our own, helps us to identify what primitive shapes emotionally communicate.

The subject of order and chaos is unique in shape language, so I’ll take a moment to discuss it on its own.

The mind will always have an easier time learning something with structure and order.  In a study at Carnegie Mellon University, novice and master chess players were asked to memorize the positions of chess pieces on a board.  If the pieces were positioned from an interrupted match, the masters’ recall far exceeded the novices’.  When pieces were placed at random, the masters were no better recalling positions than the novice players.  Competition memory experts find ways to take unstructured information and create mnemonics or imagery to sort information into a retrievable order.

The mind relies on pattern recognition to learn and retain information.  So when we create disorder and chaos in layout, visuals, information, music, motion, etc., it naturally challenges the mind, expends energy and focus, and bends the emotional state towards discomfort, anxiety, and fear.

Each sculpture here depicts the same subject, falling water.  Increased complexity makes it harder to take in the whole image and recall it.  If I were to ask you to draw each of the sculptures from memory, which would be most accurate?

Too much chaos is completely incomprehensible, leaning towards the emotional responses of confusion.

Even in static, the mind still attempts to find patterns, locate faces, or see relationships that only exist from random chance.  Now that we have some context around the emotions raised by specific shapes and patterns, let’s take a look at how they feel when used in the context of a video game. 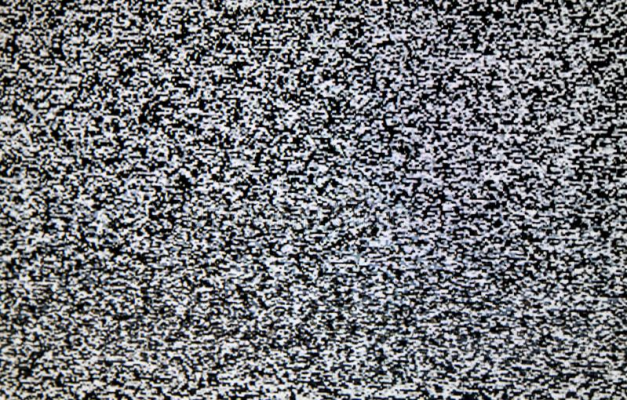 EXPRESSION THROUGH PRIMITIVES IN VIDEO GAMES

Based on the analysis above, let’s look at the impact specific shapes have for a video game character, and feeling they give off to the player. 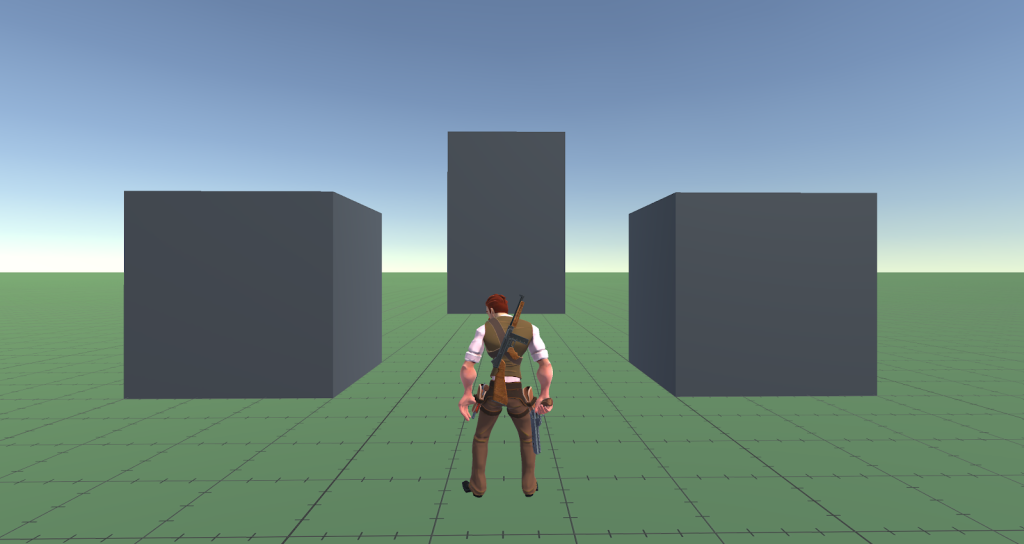 They don’t look like they’re at risk of shifting, or collapsing. They are structured with a strong frame. They are smooth with clearly defined edges and boundaries. They are easy to see, understand, and mentally map out. Because of this they feel trustworthy. 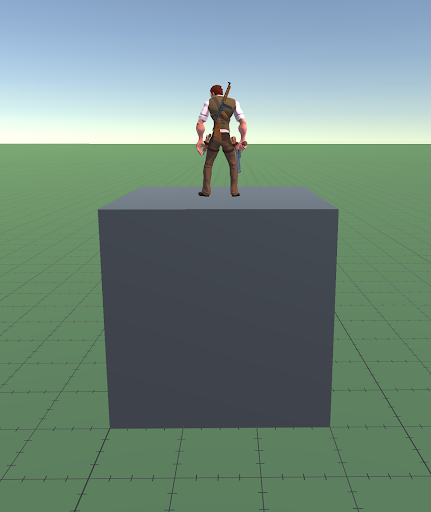 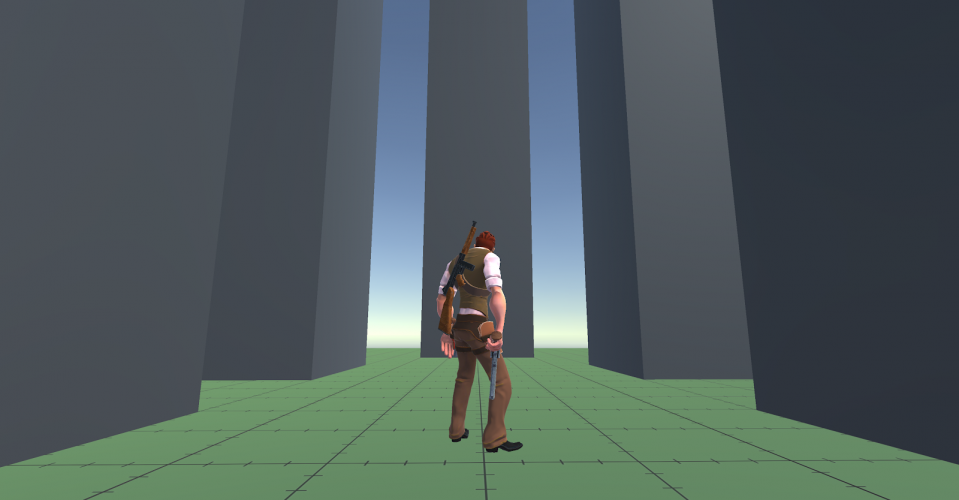 Not being able to see the top creates unknown factors. We don’t know how far it reaches, or what may be at the top. The top is above its center of gravity