Road to the IGF: Triband's WHAT THE GOLF?

WHAT THE GOLF? is a golf game for people who hate golf (but love surprises). Just when players think they'll be hitting a ball, they'll hit houses, cars, and far more absurd things.

Tim Garbos, Creative Director of the Excellence in Design-nominated title, and the team at Triband sat down with Gamasutra to talk about how they found their useful hatred of golf, what aspects of golf they wanted to keep, and where they drew inspirations to make continual changes to the sport in humorous ways.

I’m Tim Garbos, the creative director at Triband. We’re a small team, so we all do a bit of everything. Just today, I’ve been replacing 46 golf-doors in the game’s hub-world and did some minor adjustments to the speedboat-ball. Exciting!

The rest of the office is joining me in the answers. I should say Hi from Rune, Peter, Lasse, and Morten. 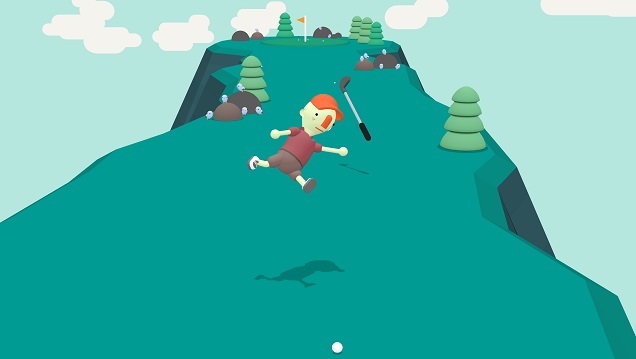 For some of the other team members, this is their first commercial game.

Rune from the team started making games because he accidentally joined the wrong house party and got introduced to game developers. He was supposed to join the party upstairs.

Previously the Dark Souls of Golf

The game started as a Dark Souls-inspired rogue-like-golf and had the working title: Golf VS Evil - the Dark Holes of Minigolf.

Not too long into development, we all knew that none of us loved the project. That’s when we started working on the second golf game. It soon met the same destiny, and we quickly spent some time on a third and fourth golf game, before giving up.

That’s when it hit us:

Since then, we’ve been trying to fix golf. It’s hard work, and after 300+ golf mechanics, I’m no longer sure it’s possible. 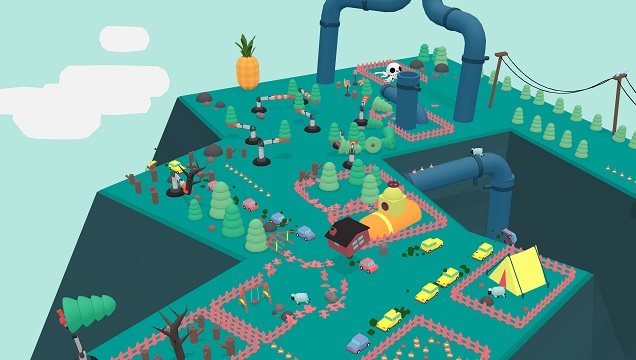 We bought two cheap golf clubs, a baseball bat, and a used tennis racket. We lost the tennis racket in a fishing accident, but we still use the others for prototyping.

For the production, we also used computers, keyboards, mice, and Unity.

On avoiding golf while making a game about it

If we ever had any sense of what the traditional golf sport was about, I’m certain we’ve lost it by now.

The elements of golf they wanted to keep

Golf is a super distilled formula for most games. Get something from A to B. Sometimes that is a character, sometimes it’s a racing car, a bullet, or some other MacGuffin object.

Golf is simple on the surface, and since everyone knows to get the ball from A to B, we can change everything else without explaining much. If there is a small white ball, people will believe that they are about to golf that ball. They are obviously wrong! 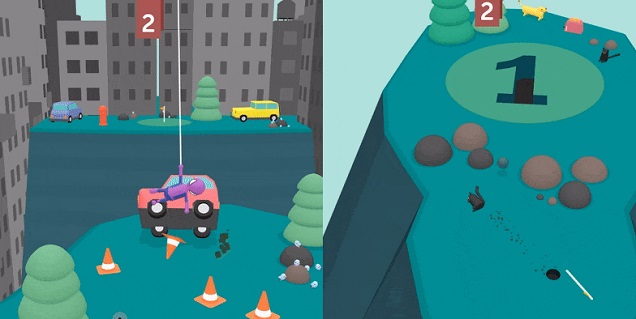 You always hear people tell you to seek inspiration from your surroundings and culture. For this project, we’ve probably overdone it. We’ve started seeing golf mechanics in everything.

You’re reading some news about BREXIT and suddenly you’re golfing the British Isles away from Europe.

Next day, you’re checking out the new Spider-Man game and BAM! It’s a golf game.

You look at a car, but you don’t see it. You just see a golf ball that keeps on rolling.

You read up on traditional golf terms and turn them into minigames.

Then, at the end of the week, you throw most of it away and ask yourself why you spend so much time on the Spider-Man level when you probably can’t include it. You consider renaming it to String Person, but settle on Webmaster.

On continually surprising the player

If you repeat a thing enough times, people start expecting the thing to happen. That’s when you do the other thing.

The appeal of silly physics games

You are not laughing at someone or at a clever joke, you’re just having ðŸ‘FUNðŸ‘.

I wanna give a shoutout to all the wonderful people who helped us along the way. Especially The Label, who has been the most patient publisher ever, and everyone who helped us with our Fig campaign.