Road to the IGF: Total Mayhem Games' We Were Here

We Were Here is a game about cooperation, placing a pair of players in a castle and tasking them with talking each other through puzzles only one of them can see.
Kris Graft
Publisher
February 05, 2018

Total Mayhem Games' We Were Here is a game about cooperation, placing a pair of players in a castle and tasking them with talking each other through puzzles only one of them can see.

One player is trapped in a secluded part of the castle while the other roams the halls looking for them. Through a little teamwork between the two, even though they're in very different situations, players may be able to find one another.

With an IGF nomination for Best Student Game and a newly-released episode, Gamasutra spoke with Lucia De Visser, We Were Here's Writer and Benjamin Van Hemert, Game Designer, to talk about the difficulties faced in getting players to work together despite being in different situations, and how building escape rooms before sitting down to code helped the developers make a better puzzle game.

Van Hemert: None of us had any real experience working on a large project like this - just small personal projects and a game jam here and there. The whole team consisted of people from different courses ranging from Animation to Computer Sciences that barely had any game related classes!

De Visser: Some of us met each other during internships or at school, but never worked on the same projects. Some of us don’t even study at the same universities, for that matter. It was amazing working together on the same game without having any specific background in developing games. I think that made the project quite pure and immaculate. 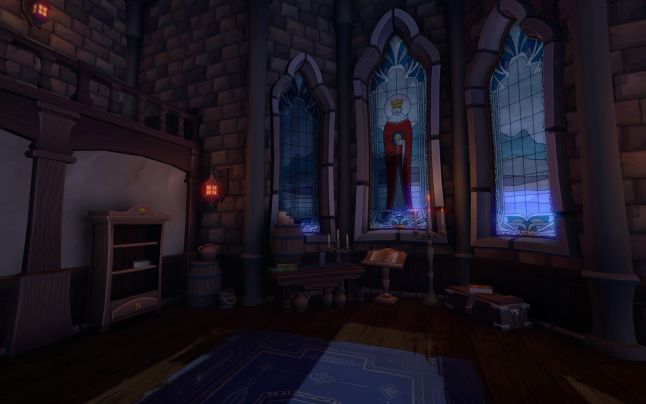 Van Hemert: We had to come up with a unique game concept in less than a week. Our biggest inspiration was Keep Talking & Nobody Explodes, which we played a fair bit of during our development process. We wanted to combine this concept with some puzzle ideas and elements from other popular titles such as Myst and Amnesia, and have both players play a unique role. We love social games, so our goal was to make a fun experience to play with your best friend, or meet new ones by playing online!

Van Hemert: The game is built in Unity3D, which we learned on the fly during our project! Other than Unity, a lot of our content and testing was done in real-life scenarios. We practically built entire escape rooms, complete with real walkie-talkies, just to prototype our concepts!

De Visser: To be precise: 14 weeks. The game was a part of the minor we followed at the University of Applied Sciences in Rotterdam. It’s a very short period of time to make a game in, but we managed! 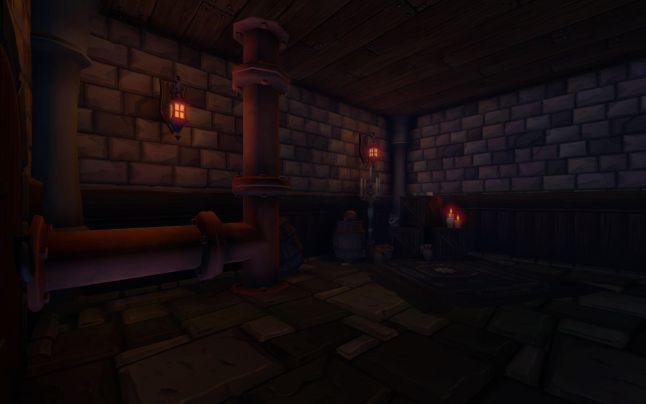 Both players must help each other out to escape the castle of We Were Here. What challenges do you face in designing a game where players must cooperate? Where they need each other?

Van Hemert: A big part of the challenge was predicting how players would communicate the challenges using only their voice. We found that the best way to test our puzzle ideas was to put people in a locked room with a walkie-talkie and have them solve challenges. This way, we could test our ideas without writing a single line of code, all while getting an accurate idea of how players would solve our puzzles or what they would struggle with.

What drew you to create a game about cooperation? What did you want to explore with it?

De Visser: As we said before, we were inspired by the game Keep Talking & Nobody Explodes. Explaining to each other what you’re seeing without being able to show it - we saw so much fun potential in this concept. We were all convinced that we wanted to create a game full of suspense, which makes puzzling tougher and more exciting.

Van Hemert: We feel there’s a big market out there for dedicated cooperative games. Going on an adventure with your best friend truly makes it a memorable experience that I hope can have a lasting impact on the relationship.

What specific challenges did you face in creating the game around voice communication? How did that affect your puzzles/environments/interactions?

Van Hemert: The toughest part was balance. It proved quite difficult to put both players under stress and have them solve a difficult challenge, resulting in some less action-packed moments for one of the players. This all depends on how immersed the players are though! 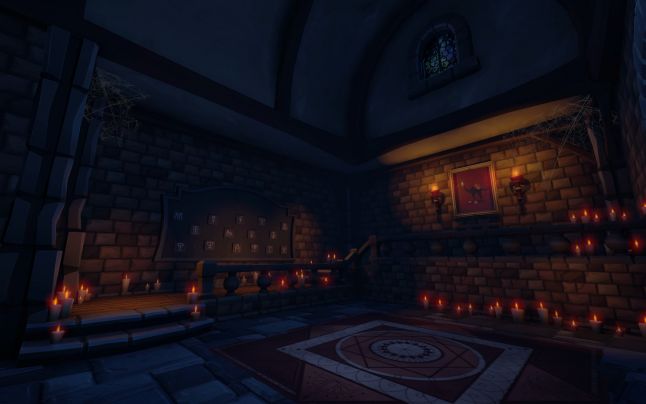 Van Hemert: Unfortunately, I haven’t had the opportunity to play the other IGF Student Game finalists, but I did play a number of other category finalist games such as Cuphead and Getting Over It With Bennett Foddy. Both are great titles to play while your friends do backseat-gaming!

De Visser: We don’t have much experience being an indie game studio. We haven’t been one for that long now. Marketing would be a big hurdle. It’s hard to market when you don’t have a lot of money... or none for that matter. But without marketing your product, no one will be aware that the awesome and unique indie game you’ve worked on for months or years even exists.

Price / quality assurance is also a hard one. I keep getting the question ‘is the game is worth the money?’ It’s very painful to hear the community asking you a question like that. But you just have to understand that they can’t see behind the curtains and are not aware of our team working 80 something hours a week. On the other hand, I do notice that people are getting tired of the same Triple A recipe over and over again. They’re looking for something new and unique.

Van Hemert: Time and money are hard to manage. Nobody will find your game if you don’t reach out to the masses and somehow convince them your title is worth playing amongst the dozens of others releasing daily, and any time spent working on building a relationship means you have less time to develop your game in return. Steam as a platform has definitely helped us bring our title to the masses, but just developing and releasing your game won’t be enough, it’s all about finding a balance between working on your games and building this relationship with the community.