Road to the IGF: Studio Seufz's THE LONGING

THE LONGING has a player waiting for four hundred real world days for the return of their king. How will you spend all of that time, though?
Alissa McAloon
Editor-in-Chief
February 18, 2020

THE LONGING has a player waiting for four hundred real world days for the return of their king. How will you spend all of that time, though?

Gamasutra spoke with Anselm Pyta, the developer who did much of the work on the Nuovo Award-nominated title, to talk about what inspired a game of such a long wait, designing things for the player to do across those four hundred days, and the emotional connection that comes from taking a slow, deliberate time with something.

A child of flash games

I am Anselm Pyta. I did all the game design, artwork, animations, and most of the sound design. I'm almost a solo dev on this project, but luckily I had a lot of help with the code for the most time.

I'm a child of flash gaming, raised back in the glorious days of sites like Newgrounds. I started out making my own flash games and films when I was 14 together with my buddy Benedikt Hummel. We haven't stopped since and even started our own company together (Studio Seufz). We had some notable viral successes with free web games like Lucky Tower and Murder, which were played over 100 million times. THE LONGING is my first premium game, and by far my most complex achievement so far. 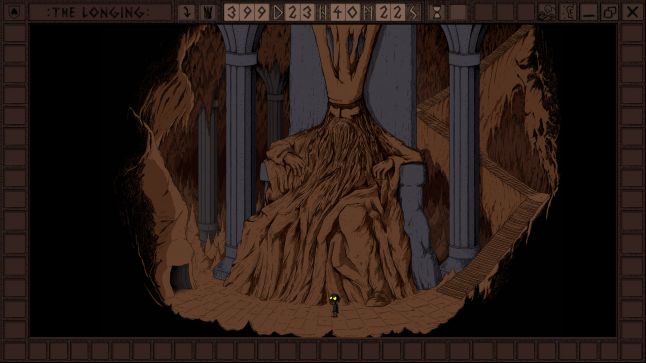 The first idea of the game came to me in 2012 when I was visiting the so-called Barbarossa Caves in Germany. There is a legend of an old king sleeping inside the caves for centuries. A famous poem mentions a dwarf, who has the task of checking once every hundred years if it's time for the king to awaken. The dwarf is only mentioned very briefly, but the character stuck with me. I wondered what his daily life would look like and what he could do to not go insane with all of this waiting and loneliness. Would he eventually find solace in his existence?

Two years later, I played a lot of idle games, which then had a huge boost of popularity (Clicker Heroes, for example). I was utterly fascinated by the satisfaction of having something progress in the background while not playing much at all. However, I soon became immensely frustrated with them, since they simply don't end. There is never a completion and no emotional conclusion, so I always left those games in anger. Since there weren't many (if any) narrative and emotional idle games around, I decided to create my own and mix it with components of adventure games, with the passing of time as a game design mechanism for solving puzzles.

Of course the theme of loneliness that the game is built around was something I felt very strongly about when coming up with the idea. I was still studying at the time and funnily enough, I had a room mostly to myself in a cellar, which was very fitting. I also got into Dungeon Synth music, which further inspired me and helped me to define the cavernous atmosphere I wanted to have in the game. It was a weird and special time in my life.

Tools to pass the time with

I animated the objects and characters in good ol' Flash CS6 and used Photoshop for the detailed backgrounds. Everything was assembled and coded in Unity. 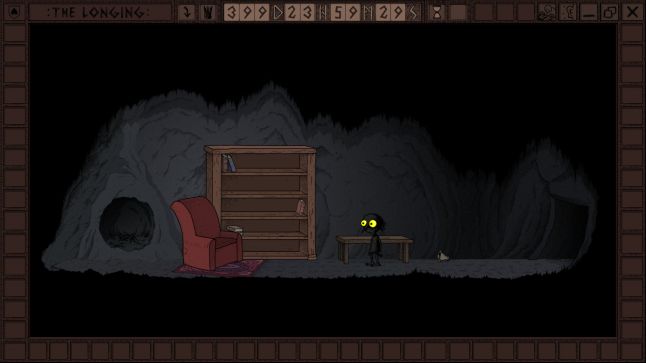 Games with lives of their own

Games are the only mass-consumable medium that can excessively make use of time to tell stories. I think that's something that hasn't been explored enough yet. To me, it feels like idle-games create a room somewhere that I can access at any time and check on. It's hard to describe for me, but the effect is tremendous. Suddenly a game is not something that only exists if you look at it - it has a life on its own and becomes more real.

My plan was to give the player three ways to play the game:

The most obvious is just waiting and doing absolutely nothing. But it's important to have this option, because it removes all negative stress.

The second way would be to arrange yourself with a lonely life and try to make your "home" as comfortable as possible. You can explore the caves and find stuff to put in your little underground living-room. You can collect coal, which drops from the ceiling randomly to make a nice fire. You can draw pictures with colorful stones. You can find books, which you can read in full, very much an in-game kindle. Those books are real books that are copyright free - for example, Moby Dick or The Count Of Monte Cristo. For every page that you read, you get a small time-bonus of one minute, to simulate the relativity of time during activities. Similarly, the other decorations can make the time go by faster, because you are arranging yourself with the situation and therefore become more happy. And we know that times of happiness are the most fleeting.

The third way would be to escape from the cave and ignoring the kings' commands. This is the most adventurous way to play the game, because the cave is getting darker and more dangerous on the way up. There are numerous puzzles and obstacles the player has to overcome, which all involve time in some way. 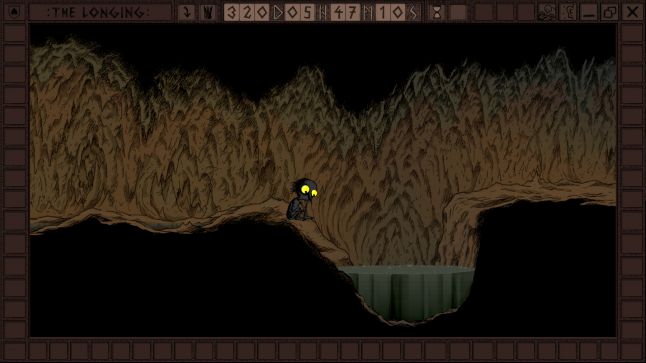 Of course, the character (simply called "a Shade") had to be rather cute and helpless, so you wouldn't want to let it rot in its cave. The players should feel empathic towards the Shade and project their own feelings of loneliness into the character. So, I designed it to be a bit ambiguous in its looks and in its actions. Whenever the Shade is thinking, a dialogue pops up. It will say: "I am truly alone", or something along those lines. But since there is no voice acting, we can't know for sure if it's sad or stoic. We can interpret the emotions of the character ourselves and make them our own.

The draw of a game of meditation and introspection

It creates a landscape, and we wander about and start to live there. It has a strong focus on atmosphere, and this is what I always remember best about games - the feeling of being inside that particular world.

I very much like the “slow-food” approach. The longer you spend time with something, the more attached you become to it and hence the more valuable it becomes. True emotional peaks can not be achieved 'on demand,' but need preparation and time, even if it means to suffer in the beginning. It can work as a detox of the soul - to clean the wounds we endure due to constant bombardment with cheap emotions. If we are not aware of this and rush from one thing to the next, we can turn emotionally numb and also lose the power and beauty of art. And who would want to live this way?