Excellence in Visual Art-nominated Stone Story RPG takes players to a bleak world of ASCII art, tasking them with guiding a hero they cannot directly control.

Gamasutra spoke with Gabriel Santos about the appeal of working with such an abstract art style, the helpful mindset this art puts the player in, and the challenges they faced in creating an RPG where the player doesn't have direct control over the protagonist.

I’m Gabriel Santos and I’m the project lead behind Stone Story RPG. I designed the game’s mechanics, created the world, and drew over 10,000 frames of ASCII animation.

I’ve been making games professionally for nearly two decades. As a kid, I studied classic, hand-drawn animation. Game design was something I slowly developed during my time in the games industry. I worked on several mobile titles, a few for PC, and am now part of the team over at Manticore Games working on CORE. 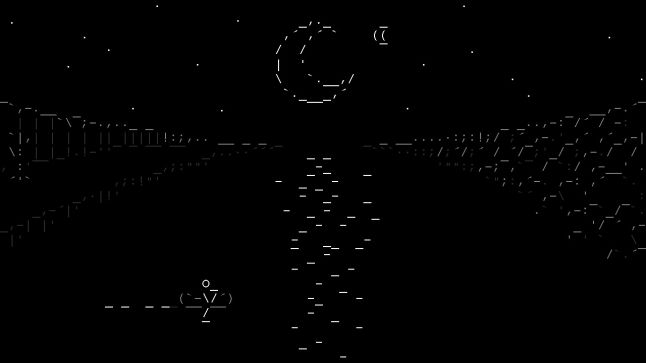 Growing up, I was a fan of Diablo and had always wanted to create my own Western RPG. In piecing together Stone Story, I’ve drawn inspiration from a diverse set of games and media, such as Candy Box, Prince of Persia 2, Indiana Jones, and Norse poems, to name a few.

Stone Story RPG began as an ASCII game called Yolo Trigger. It was a comedic space adventure with pistols and rifles; very far from the high fantasy setting that it has now. After posting a series of development gifs online, I quickly figured out that the visual style was the most striking aspect of the game. From there, I pivoted to a more complex design and the project evolved into what you see today.

Stone Story is built entirely within Unity. The main advantage of the engine is the portability to mobile and console, which are important platforms that I want to have the game on.

The animation itself is created by typing the frames in .txt files, transposing them into Unity via custom shaders, and drawing them frame by frame. No special tools were used to achieve the animated ASCII effect. Much of the animation workflow looks similar to any other medium: search for references, do basic keyframe poses, then calculate the length of each animation and go frame by frame.

Oftentimes, we get asked if the game can be run in a terminal. While it’s an interesting thought experiment, it’s a bit more work than we can afford to take on right now!

When a new genre comes out of nowhere, I'm always fascinated. The incremental genre has been a large influence on the mechanics behind Stone Story RPG. Incremental games (otherwise known as “clicker” or “idle”) are great because they peel off lots of the gameplay layers and show what games are truly about. With Stone Story, I started from that heart and built it back up.

Incremental design tends to be something that happens naturally, where you’re just making a game and basing it on your experience as a gamer. It works, with each level getting harder, and it makes sense. Stone Story RPG takes aspects of incremental design (automated control, timed progression, resource gathering) and places them with other mechanics like a robust crafting system and challenging combat to give the game a greater depth than the sum of its parts. 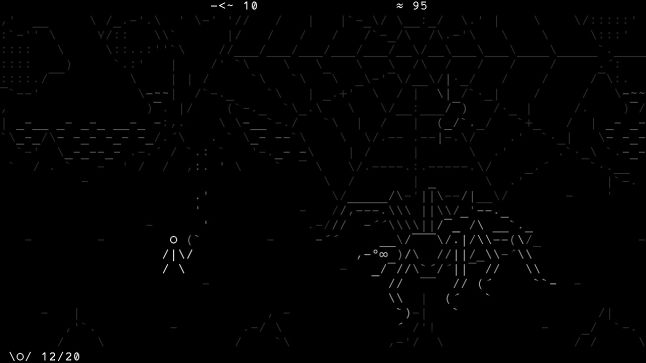 There were two distinct issues that arose in teaching people how to play a game built around incremental mechanics.

Most games teach you that you control the main character, and Stone Story is a game where you don’t. For a while, that confused everybody. To fix this confusion, the early-game was slowed down to a point of balance where it's "almost" boring to teach players that the game requires patience, but not too boring or players would give up. Then, the set of rewards (loot, story, and cinematics) were adjusted to positively reinforce this pacing.

The second thing is crafting items, as it’s incredibly important to player retention and the core gameplay loop. Players needed to understand that you could combine two weapons to make a better version of it. The first few levels are structured carefully so you're not able to progress unless you figure out how to craft items correctly, while simultaneously keeping everything clean and simple so you don't get lost during this experimentation phase.

A continuous string of “a-ha!” moments

I believe fun comes from this learning process where you know what your objective is, but not how to get there. Very similar to Nintendo’s approach to level design where you test the game systems and get immense satisfaction from figuring it out on your own!

Stone Story RPG is built on a continuous string of “a-ha!” moments. Little by little, we expand the mechanical vocabulary of the different systems and encourage the player to experiment with combat, crafting, or even how they think about the game. This culminates in Stonescript, Stone Story’s built-in scripting language that allows players to modify any number of things, from their character’s AI to in-game UI elements.

On letting an AI, and not the player, control the protagonist

While an AI controls the player character, this doesn’t mean that one can simply ignore what’s happening on-screen. Stone Story seeks to engage the player from an alternative relationship with their game, one that’s a bit more removed from active input, but still very much engaged in the challenge. The player has control, and observation plays a very large part of that.

Many players are looking for novelty and fresh experiences. As a designer, my goal is also to expand my understanding of games on a fundamental level. Stone Story was an experiment in deconstructing the RPG genre. We’re not trying to change the wheel, we’re just trying to get you to see that it can be used a bit differently. 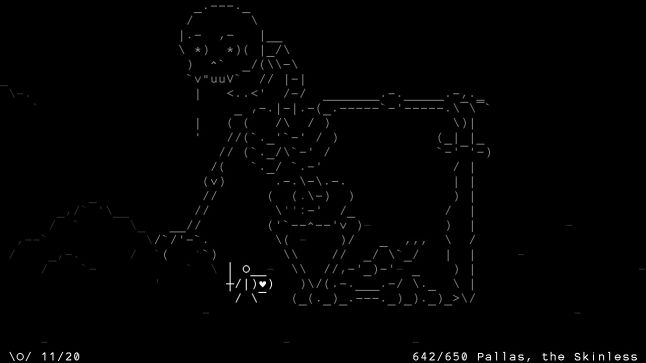 Stone Story’s ASCII aesthetic began back in 2013 as a result of seeing the browser game Candy Box. I had felt that ASCII art was abandoned and decided to pick it up as a hobby. At first, I emulated ASCII styles of artists from the 90s until it eventually grew into a full game concept.

There’s an inherent draw in the idea of abstraction that garners the player’s curiosity. An incessant need to pull on the thread, to be connected to an idea purely because of how alien, yet familiar, it is. Our brains are clever. If they recognize enough of a shape they can immediately reference its real-world equivalent. That constant undercurrent of discovery and forming connections is what is at the heart of Stone Story RPG.

The mechanics have informed the visual design, and vice versa. Originally, Stone Story was meant to be black text on a white background. However, after user feedback, the aesthetic was reversed, which ended up creating this somber landscape of perpetual moonlight. The rest kind of took off from there.

The appeal of an abstract style

Stone Story RPG’s minimalist aesthetic relies on the human brain’s ability to fill in the gaps where information is missing. By maintaining a consistent visual language with the ASCII characters and symbolism to represent different aspects of this world, you can organically ease the player into this abstract universe. Audio design also played a huge part to give detail where the visuals couldn’t. Working in tandem, the two create a dark, cinematic experience that effectively draws the player in.

This effect of abstraction is powerful because each person fills in the gaps with something that is personal to them.

On the challenging aspects of Stone Story RPG

The biggest difficulty in creating the diversity of locations and creatures was time. Really!

In developing the game, I abide by the philosophy that the mechanics inform the world design and vice versa. The way I think about it is this: The lore and world design already exist. Once you pull the thread, you start to figure out what’s on the other side. It’s always there, you just need to search for it.

The world design is an iterative, organic process. You’re looking for the combination that makes sense and makes everything fit together. This includes how, mechanically, the player will navigate from place to place and how enemies in each location will behave.

That said, ASCII is just a highly constrained style; some ideas just don’t work and get thrown out!