Road to the IGF: Christoph Frey's The Space Between

The Space Between explores the distance that still exists even when we wish to deeply connect with another, and the struggle of what that impossible distance means.
Alissa McAloon
Editor-in-Chief
February 19, 2020

The Space Between explores the distance that still exists even when we wish to deeply connect with another, and the struggle of what that impossible distance means.

Christoph Frey, solo developer of the Nuovo Award-nominated title, spoke with Gamasutra about how a ghost story shifted to become a tale of disconnect, the appeal of letting a player lose themselves in a work, and how your own designs can become something you might not expect.

My name is Christoph Frey, and I'm a game developer and audio visual artist from Austria. The Space Between was a solo project, so I was responsible for all elements and how they came together.

Although my interest in making games goes back to my teen years, I remember the moment I started to think differently about games. It was after playing The Path by Tale of Tales and Dear Esther by The Chinese Room, while studying at art university that I got interested in creating interactive art using the tools of game development. This resulted in creating an experimental video game called Horror Vacui, back in 2012. In 2015, I started participating in Asylum Jams, annual horror game jams, and the following years I developed three short horror games called Letter To A Friend, Exposure, and Disconnected. Because Asylum Jam was not held in 2018, I started to work on some ideas, that would later become The Space Between. 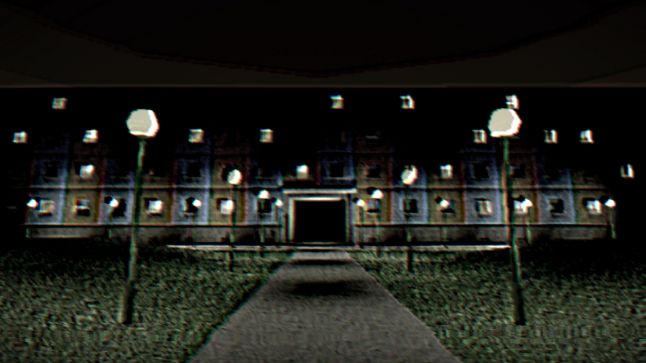 Ghosts in the walls

It started with this idea of a short ghost story about someone or something supernatural beyond one's own four walls, out of reach, trying to communicate, using the walls as a medium. This motif caused a chain reaction of following ideas and reflections, and soon I found myself arranging a set of different elements of visual ideas, texts, interactive collages, and music in relation to one another, and the question was what this collection of material was actually about. What is the ghost, what is the wall, what is the place behind the wall?

And so, the ghost story turned into a surreal examination of the magnetic relation between closeness and distance to oneself and other humans, between life and death, consciousness and unconsciousness, body and soul, fiction and reality, and the question if alleged insurmountable boundaries, using violence if necessary, could be, or should be, overcome. In that sense, the game, in its slow restlessness and longing for answers, remains a ghost story.

On the tools used to create The Space Between

I used Acknex 8 Engine which is part of the 3D Gamestudio development package. It is a relatively old engine, running on Windows only, but I love it. It was the first engine that got me into game development and I think I will stay with it for the foreseeable future. 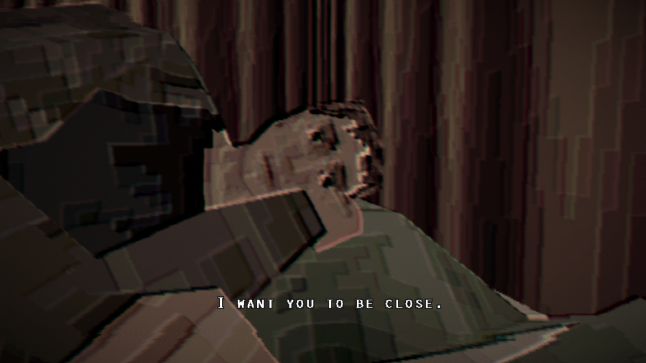 A game that knew what it wanted to be

For a big part of my life, I've tried to find a balance between distance and closeness towards other people, while at times being uncomfortable with both or longing for both at the same time. There is also this tendency to use art - in my case, sound art performances - to communicate with people and letting them be close while keeping a certain distance while being the performer, coming from a place of lacking self acceptance and social insecurity.

When I started to work on The Space Between, it was not my intention to create a game about those themes. The ideas that emerged had a poetic and aesthetic appeal to me. Only after sorting through them I discovered some similarities and found out what this work may eventually be about. Realizing that, and while trying to keep in mind the appeal of the original ideas, I filled in the blanks and finished the game, because it this point, the game knew what it wanted to be and I only had to navigate through its artistic river.

At first, the concept was a series of interactive thoughts, atmospheres, feelings, experiments, text fragments, and music. After going through the material, an organic form and rhythm of interaction and narration naturally appeared. It was all about what felt right for me and what I thought the work wanted or needed from me.

It creates a kind of dreaminess and abstractness. It creates uncertainty and organic visual limitations that I also like about old VHS cassettes or silent movies. 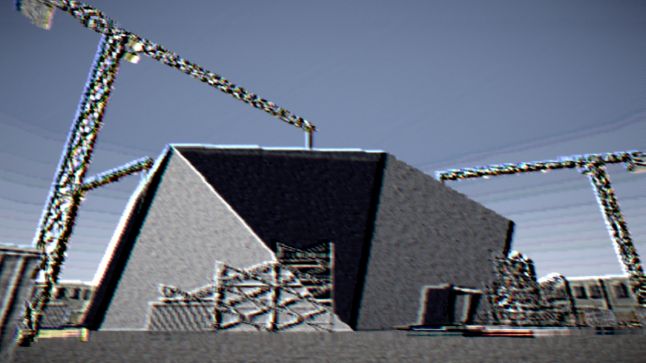 The feelings of melancholy, love, and the fear of death. I tried to use it in reduced strokes throughout the game, with its different musical themes and variations, in contrast to the use of silence. And in the same way the visuals are blurred and slightly distorted, the music also carries this blurry noisiness.

Allowing the player room to get lost in a work

For me, it was always about the collision of ideas and themes and working towards what feels right and what the game asked of me and where it pulled me while staying true to the ideas. This collision of ideas creates room for thoughts, maybe in the same way it did for me when I noticed this collision for the first time while creating the game. It was exciting and a surprise. It is this room of possibility that interested me, not the certainty of an answer, and I think this plays a big part in the ability to get lost in a work.

I wanted to create space for the words and the music and the atmosphere of a scene to sit in. I wanted the game to be meditative. And I know that you have to be able to give in to this pace and space (between) to enjoy it. You have to be in the right mood. When I created the game, I tried to make it for myself in the first place. I was not interested in the feeling of productivity, and I wanted this to translate into the gameplay