Road to the IGF: Calis, Nijman, Kallio, and Johann's Minit

Minit takes a grand adventure across a sprawling world and breaks it into one-minute chunks, having players find secrets, defeat bosses, and delve through dungeons on a tight time limit.
Phill Cameron
Blogger
March 06, 2019

Minit takes a grand adventure across a sprawling world and breaks it into one-minute chunks, having players find secrets, defeat bosses, and delve through dungeons on a tight time limit.

Gamasutra sat down with Kitty Calis, one of the developers of the Seumas McNally Grand Prize-nominated Minit, to talk about the benefits they saw in working with limitations, creating secrets and a sense of progress with a short time limit, and how removing filler can help inspire creativity.

Minit is made by Jukio Kallio, Dominik Johann, Jan Willem Nijman and Kitty Calis. I am an artist, designer and writer. It's basically impossible to sum up the roles into one word because everyone put so much of themselves into the game. So we're all multitaskers.

We'd all been working on bigger projects for a long time...Jan Willem and Jukio both launched Vlambeer's Nuclear Throne. Dominik came from Accounting+ VR with Crows Crows Crows, and back then I worked as a producer on Guerrilla's Horizon: Zero Dawn. With Minit, it's been the total opposite, which was really fun. 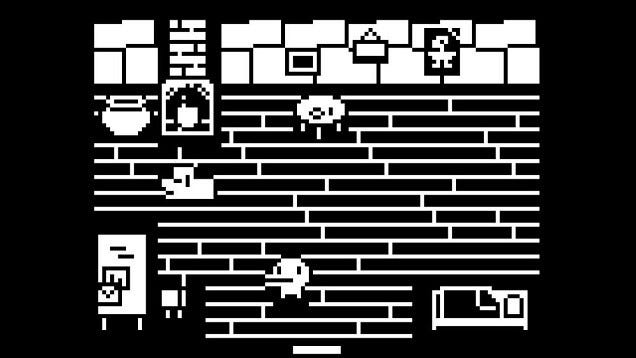 Minit started off as just a jam, and evolved so much from there. The biggest growth was adding limitations. Everything from a time limit and simple controls to black and white art.

Thinking tools...GameMaker, Aseprite, Ableton and MSPaint. Nothing out of the ordinary.

On what the developers wished to say with Minit

A lot of the game is very true to what we wanted to work on and talk about. Whether it's stress or taking the time to play with your dog. Thinking it's nearly impossible to not get something original if you do things that way.

Minit's rule of thumb was no filler... each and every puzzle is unique. You might think inspiration would run dry that way. But it’s completely the opposite. It helped shine a light on the creative side!

Progression is made one minute at a time, plus dying doesn't necessarily mean losing. If you find an item, it's yours and yours forever, which helps. The next run, you will still have those faster shoes, the watering can, or access to the secret teleporter. It's kind of easier that way. 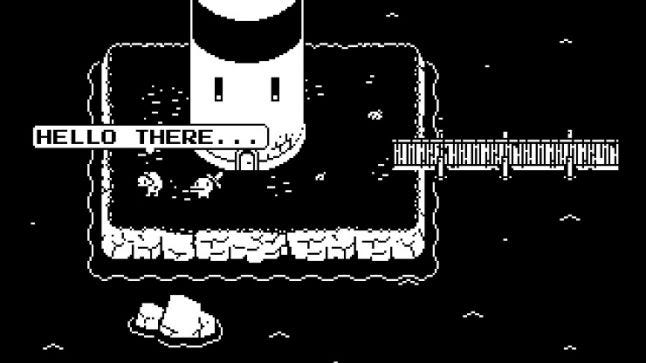 With every screen, we wanted to do a little something special ,and hiding secrets is by far the funnest! When it comes down to timing, it's just playtest, playtest and playtest!

Working minimalism into all aspects of Minit

To be honest, it's not just art, it's also self expression and sharing a story. There's a lot to it... For example with NPCs it's animation, one line of dialogue that communicates personality, hints, jokes, etc. So it's all in the details!

Clear out the clutter or focus a little more on one mechanic. How do you make it fun? How can you make it small and still make it look unique? Because let's face it: you can always scope up!