Road to the IGF: Adam Robinson-Yu's A Short Hike

A Short Hike asks players to lose themselves on a peaceful mountain hike, seeing what paths and relaxing places thet can find as they wander to the summit.
Alissa McAloon
Editor-in-Chief
February 21, 2020

A Short Hike asks players to lose themselves on a peaceful mountain hike, seeing what paths and relaxing places they can find as they wander to the summit.

Gamasutra had a chat with Adam Robinson-Yu, developer of A Short Hike, to discuss the appeal in creating a natural world for players to explore, the real-world places that inspired it, and the joy that comes from being able to carve your own path in a game's world.

Hey, I’m Adam Robinson-Yu, and I created A Short Hike! I took up most of the roles on the project such as programming, art, level design, sound design, and writing. The soundtrack was composed by Mark Sparling. I also had a lot of help from family and friends! In particular, my partner Dawn Blair created some models for the game and helped me with the writing. I would also hang out with my friend Andrew Wong while working on the game, and he contributed some 3D models, too. David Czarnowski, who I worked with on Pitfall Planet, made the stylish logo for the game. I’m really grateful for the support I had while working on A Short Hike! 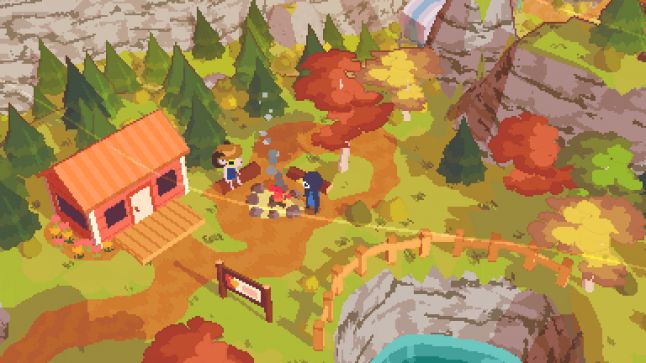 Making video games has kind of been my lifelong dream! I have been toying with various game creation tools since childhood, but I started getting more seriously invested in game dev since starting university. I went to school for computer science, but I did a few internships at game development studios and released a bunch of free games on sites like itch.io. In my graduating year, I worked on a co-op game called Pitfall Planet with friends from school, which we eventually ended up releasing in 2016. After working in tech for a while, I decided to take some time to pursue indie game dev. I worked on a Paper Mario-inspired RPG for a year before taking a break to develop A Short Hike.

The inspirations for A Short Hike

Well, in 2018 I got the chance to go on a few hiking trips to different national parks. I really loved hiking - the peace and tranquility of exploring the wilderness, the satisfaction of making it to the top of a mountain… I started to wonder how I could translate that experience into a video game. I think A Short Hike ended up being very different than what I imagined a “hiking simulator” would be, but I think that was the initial thought that led to the creation of A Short Hike.

While I was at the game development accelerator program, Stugan, I worked on a silly game jam game (with the amazing folks Tim Dawson and Christopher Smith) called The Secret of Dank Mountain. The concept was really simple: to navigate the wilderness and ascend a mountain with limited stamina. From that small jam game, I noticed that navigation and route planning were kind of interesting mechanics on their own. I think this kinda hinted to me that a game focused around navigation could work.

I built A Short Hike in Unity. I used Yarn Spinner to integrate dialogue trees into my game pretty quickly. Cinemachine was used to handle the camera work and set up smooth zone transitions. I also used InControl to quickly add controller support to the game. I had already used all of these tools a lot before, and that helped me get up to speed quickly when developing the game. 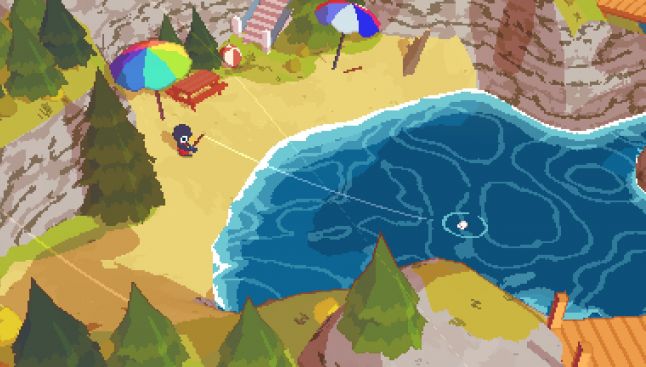 Capturing a sense of exploration

I really like playing other games that let you explore! I think a pretty obvious inspiration is Breath of the Wild, a game that I really adored. I think that when a game provides a lot of different paths to take, it kind of creates this magical feeling - that every path you haven’t explored yet provides the promise of something new to discover. Every time you go off the beaten path and discover something interesting, it makes you wonder what else you’ve missed!

In A Short Hike, I wanted getting lost to be part of the gameplay; I think learning the layout of an area is kind of rewarding on its own. To encourage players to go off the beaten path, I tried to create interesting landmarks that would pique people’s curiosity. In some cases, I’d just use collectables to draw players towards new areas of the map. I tried to make just moving around and gliding feel fun too, so that interesting landscapes weren’t just for looking at, but playing on!

Inspirations for a game of hiking

I think the hiking trips I took really inspired me. There are just so many amazing and awe-inspiring places in this world. I wanted to make each region of the island feel unique, and luckily, there are endless places from real life that I can draw on for inspiration. When I see a photo of a beautiful or unique landscape, it’s almost like the ultimate power fantasy is just to climb all over it. I guess I tried to provide that in A Short Hike!

As for particular places, the fire tower in the game was inspired by my experience hiking to the top of Mount Pilchuck. When I was trying to establish the look and feel of the game, I drew upon photos of Algonquin Park, a place used to visit a lot when I was younger.

As for the game’s story and characters, I think I drew upon a lot of my own feelings and experiences. I think, very loosely, I wanted to write about different kinds of anxiety and self-doubt. I tend to worry about a lot of things, and sometimes I just have to remind myself that things are gonna be OK. I kind of want to leave players with that warm feeling at the end. 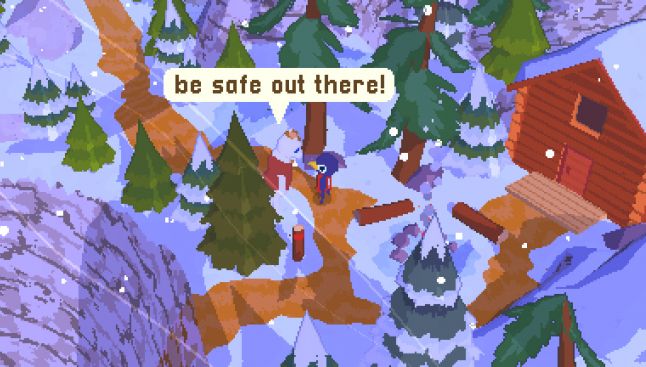 When I was initially planning A Short Hike, I tried to keep the scope really small. The first version of the game was released as part of April’s 2019 Humble Monthly, and I only gave myself four months to finish the tiny project. There were a lot of things that I wanted to include, but I focused first on how I could make exploration engaging on its own.

The shovel was one of the first items I added because it was a simple way to add secrets to the game. Some of the dig spots are clearly marked, but a lot of them are only implied by the scenery - a lot like the Korok seeds in Breath of the Wild. In this way, I could make what I thought of as “micro-puzzles” - that is, simple things to do that reward exploration, but still require a tiny bit of thought so that it feels satisfying. This idea also led to the bucket item which lets you bring water to a plant in order to grow it. You can’t hold a bucket of water while flying or climbing, so it’s not always obvious how to get it there.

After the Humble Monthly release, I worked on a big update to add some of the features I didn’t have time for. I added the parkour races because it felt like a simple way to get more gameplay out of the player movement I had spent so long on. I added fishing just because I always wanted to make a fishing game!

Capturing the peaceful power of nature

To me, exploration is exciting in both real life and video games. I think video games allow us to explore large and diverse spaces we couldn’t explore in reality.

Also, my apartment window faces a brick wall and I don’t really have easy access to nature where I live. I think there’s something very peaceful and meditative about being surrounded by nature, and that it’s possible to invoke the same sort of feeling from video games - in a particular because they’re interactive. I wanted to try and capture some of that experience in A Short Hike.

For A Short Hike, creating a vast island was the easier part. Since I just used Unity’s built-in terrain editor, I could sculpt various hills and valleys quickly, and I had a lot of inspiration to draw from there. It was more difficult to try to fill the space with interesting things to do and see.

I think a certain amount of interactivity is needed to make a space feel alive, rather just terrain to cross. I wanted to create a good balance between exploration and interaction; I think if players spent too long wandering or too long chatting with NPCs, they’d get a little antsy and it would hurt the pacing of the game. I tried to come up with a few “main paths” that I thought players would take, and tried to balance the content along them. In hindsight, I would have liked to make some spaces a little larger, but it’s both a technical and artistic challenge to do so.