SEARCH
A minimum of 3 characters are required to be typed in the search bar in order to perform a search.
DISCIPLINES
4 min read
article

Are we sure it's not our fault? Are not we just producing Toxic Game Design and facing consequences? I have some doubts...
Flavio Creasso
Blogger
October 14, 2015

My intentions here "are not" I do insist "not in any way" tell how anyone should or don't design your games neither conduct your business or communities, but a sincere effort to maybe bring something "uncomfortable" to the table. I remember you that all games you can remember while you read this piece are amazing in essence, but the results produced are not completelly unpredictable...

Why I'm writing this? Well, I am watching so much efforts on discuss the trouble of "Toxic Behaviour" and few approaches on the inverse direction, or as I call it "Toxic Game Design". Maybe on trying simply throw our expectations upon "problematic, childish or having a bad day" players we are just acting as much as the guys that shouts "feeder, noob, trash" or whatever on a game session.

We are blaming others by "our" fail into succeed, "our" fail on getting the behaviour we desire from others and do you know why? We are just as human as them. Is OK get these reactions from a 13~14 yo boy hidden on some randomly IP, struggling to get a reputation, on the self-affirmation stage and I'm not in any kind a psychologist, I just remember myself when I was at 14 but, information can also come if we point lens on our own direction.

My source to this piece was not exactly what we could call "orthodox", not the kind of thing we can reffer to a paper or a master's thesis and while you could reffer to Durkheim works while evaluating this text, keep in mind it's just my two cents because "The spark" came from an old movie seen accidentaly exactly on the same day the theme got my curiosity. 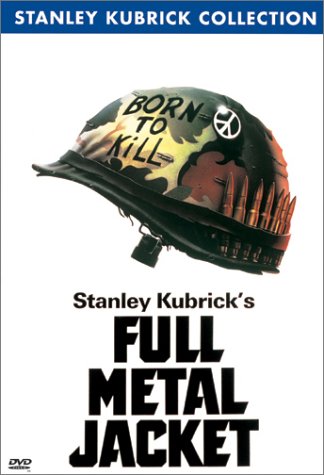 Full Metal Jacket (Kubrick, 1987, a must see) is exhaustively covered on articles by the viewpoint about the Vietnam War, social criticism, activism and many other themes, but maybe by the theme being "fresh" on my mind, I did stop watching this time on the "blanket party".

Stop calling me trash! I'm not here to this.

To the ones that know the scene and watched the movie to understand the cause is not difficult to stablish a direct relationship to this, Social Facts, Spontaneous Punishment and bingo!

By what I have read, the challenge is to shield "Private Pyle" players from suffering abuse and do incentive "Private Joker" players on keep helping them, the kind of healthy behaviour we all desire, but looks like we are not putting effort - or intere$t - to design.

One thing that got my attention while researching about the theme was the keynote from Mr. Jeffrey Lin (Riot, thanks for share) with an authentic "Private Joker" testimonial, one player when confronted with the own online behaviour not even recognized himself. This can bring us the question about where the problem "really" is. If "the system" does distort people behaviour, is "people" we need to "fix" or to "reform"?

Look guys! It is HIS fault!

On the movie, we see that this behaviour is "generated", Hartman changes the rules and by doing this push "his duty" that is turn Private Pyle into a marine on the squad's shoulders, it's emblematic the phrase where he assumes his own inability on solve recruit Pyle's issue:

If there is a route in, there is a route out, each game will have the own rules to tweak and each designer can identify your "blanket party generators" better than an outsider on some gamedev blog, but ask yourself if was not innocent to desire that human players don't behave as humans while confronting social ecosystems that does not have on their foundation to promote healthy relationships.

Goodbye! There are other games out there!

Of course, should be easiest to consider these ideas on the "design stage" but, until on stablished models there is the possibility on try new game modes with less corruptive rules. I'm not denying the obvious pessimism about short time changes specially on communities already mindsetted, but could worth a try if you are getting so many players shooting you and their own heads on baithrooms.