Retro Game of the Day! Raiden 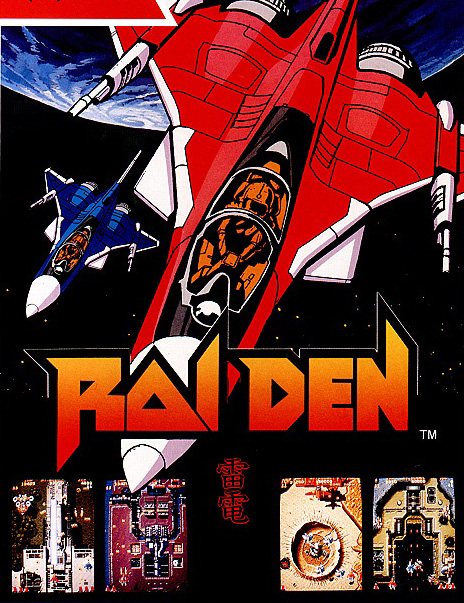 Raiden by Seibu Kaihatsu, released in 1990 in the arcade (and porting shortly afterward to lots of game systems). 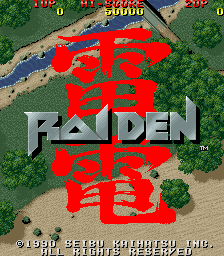 Yes, trusty Raiden, good old Raiden. I think people like this game 'cause of the name - to me, a self-proclaimed shooter maniac, Raiden was always another one of those me-too's lost in the crowd when space-shmups were king - yet somehow, this little series has maintained a strong popularity that's been enduring through Today. 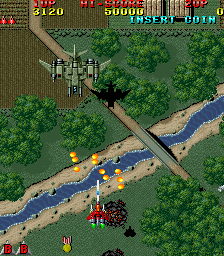 Raiden is really just another run-of-the-mill blaster, it (mostly) eschewed the traditional scenery of space fortresses and star fields for more.. rural settings. You're piloting your Space Fighter over fields of cows and livestock. It's a little odd! 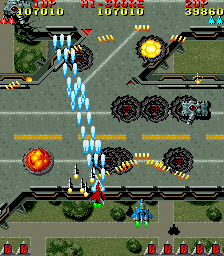 As a result, you are blasting away over lots of patches of browns and greenery. I guess that is why the game always felt a little bland to me (as opposed to the more colorful shmup work done by developers such as Compile or Toaplan). In the early 1990s, as it is still true today, graphics were everything when trying to sell a product. 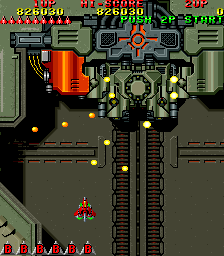 In spite of this, Raiden was always a solid-playing game and I will suppose they were one of the first which pioneered (or at the very least, popularized) the "grab the same color weapon to power it up" system and more importantly, when a player died they'd shed much of their acquired weaponry (so it could be picked up again). I've also read that many single players liked to play this game in 2P mode, with each hand controlling a jet. It gives me a headache just to think about it! An enduring game which has delivered for generations now, check it out on your system of choice.