SEARCH
A minimum of 3 characters are required to be typed in the search bar in order to perform a search.
DISCIPLINES
1 MIN READ
Featured Blog 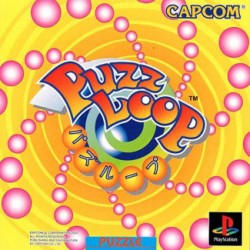 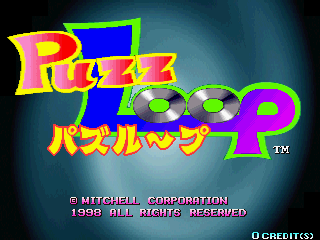 Yes, the name sounds dull. Yes, the graphics are awkward and distracting. And yet, with Puzz Loop here, we have a marker for the birth of a new genre of games, the "marble popper" - and one of my all-time favorites. 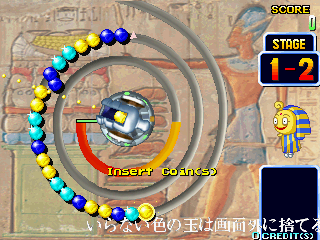 Many people know Luxor by MumboJumbo, they know Zuma by Popcap. Maybe even Stoneloops of Jurassica. But few people remember the great-grandaddy, the game which first brought that style of gameplay to the fore (and criminally, they've been largely ignored in the time since). One look at Puzz Loop and the evidence is right there, however. 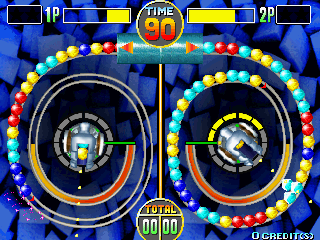 Playing off match-3 conventions inspired by landmark titles like Bust-a-Move, PL tok the all-too-familiar "descending from the top" mechanic and ran the pieces on a rail instead. And so rather from shooting from the bottom, now you had a centrally-located launcher which could be "spun around" and aimed in 360 degrees. Knocking out a match of three or more would set up potentially huge chains. The game was easily addictive as any Tetris knock-off, but felt absolutely original and fresh. 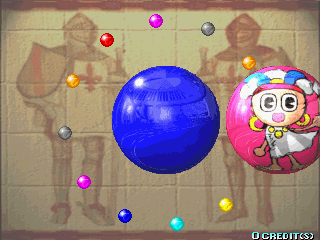 Sadly, Mitchell has been one of those companies whose hard work has had to speak for itself, yet their big payday has never come. Though Puzz Loop is arguably their most impressive creation, they've also released other very notable titles which have never got the recognition they deserve. The next time you fire up a derivative marble-popper by one of the more well-known developers, be mindful of the fact that someone originally figured out this amazing formula to begin with.