Retro Game of the Day! Pilotwings 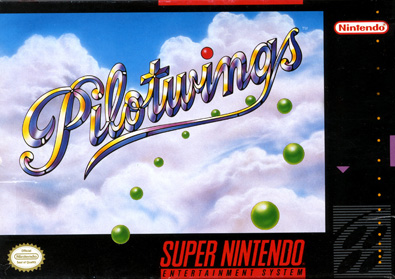 Pilotwings for Super Nintendo (see? it's right on the box there!) released in 1990 at the launch of the Super Famicom in Japan, and in the West at the SNES launch a year later. 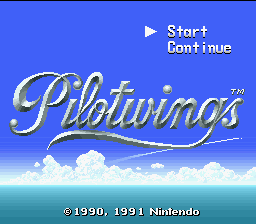 As noted above, this was one of the short list of premier releases for Nintendo's 16-Bit powerhouse - it was intended to crush the competition alongside futuristic racer F-Zero and the character action platformer Super Mario World, and it certainly did an excellent job of looking amazing compared to what other 16-Bit systems were showing off in the day. 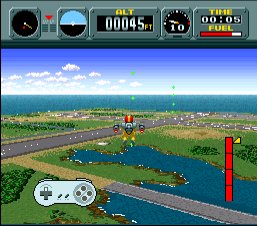 Technically, this was an extremely daring game and Nintendo put a lot of love and energy into crafting a unique experience. You are a pilot who must learn how to maneuver different craft (biplane, rocketbelt, skydiving, hang glider, etc) through several challenges of skill and derring-do. 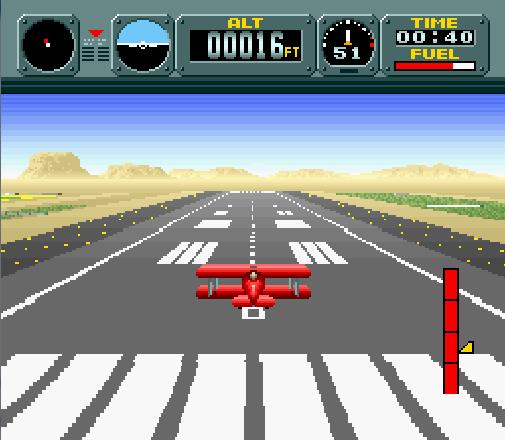 As Mode 7 graphics were new at the time, such elaborate displays of hardware scaling and rotation were the buzzwords here and PW made full use of the technology. It was nothing short of a dramatic feeling one had to be able to "fly anywhere" in this game world, never before had a console game been like this. 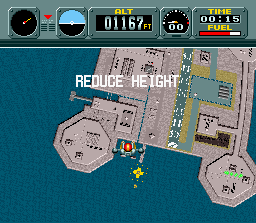 Pilotwings has its share of vocal fans, but I'd wager that the novelty wore off quite quickly (you didn't really see many games in this mold - and there was only ever a single sequel released for this game, in the 64-Bit generation, and then that was that). Personally, though I enjoyed the short time I spent with the rental of this cartridge, I'd "gotten over it" fairly quickly and returned to my usual side-scrolling trappings instead (I was always more of an action/shooting gamer, than "performing stunts!") Still, none can argue that Pilotwings was impressive for what it was, especially when it was released - and it was a very well-constructed and exemplary experience that stood in a class by itself.