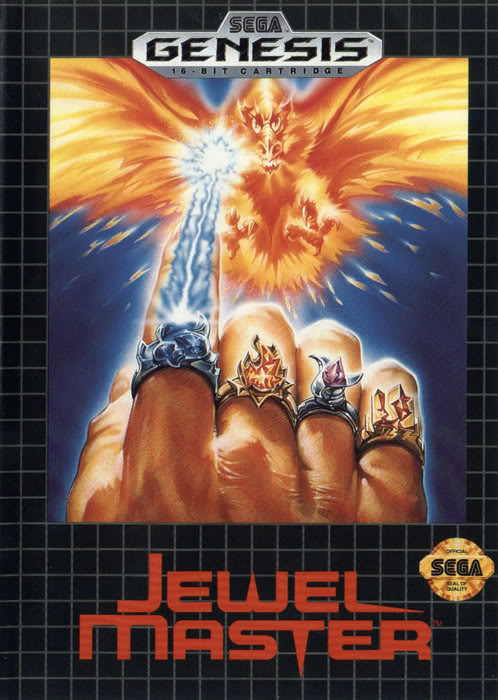 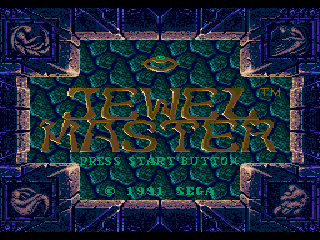 Okay. Here we go with one of the more obscure titles from the 16-Bit days, and let's just say that it is obscure for a reason. 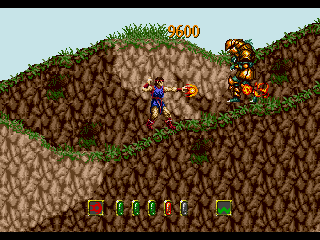 The early 1990s were a fairly hectic time if you were a gamer. Finally the hardware of the home consoles was catching up with what we were looking at in the arcades, and there were a lot of really great-looking, solid action titles on offer for your Sega Genesis. The Super Nintendo was just launched late in 1991, but it had barely handful of games to choose from right out of the gate. Sega Genesis was looking pret-ty good. Revenge of Shinobi, Super Monaco GP, Thunder Force 3, and.. Jewel Master.

Okay, so Jewel Master wasn't exactly up there with the rest of that echelon. It kind of appeared in the store, with little fanfare (or none whatsoever!) trumpeting its release. It just showed up in the aisle at Toys R Us. Sega was apparently ashamed. 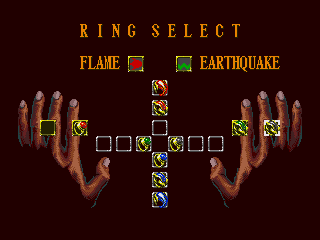 It's a shame, because the game looked like a decent Castlevania-type of adventure. Moreover, it looked like it should be a spiritual successor to an earlier (likewise obscure) Sega title called Mystic Defender - another game which sort of just appeared, and provided solid action with decent audio/visual. Picking this up for a play, that was my first thought - 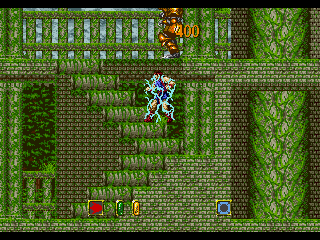 My second thought was "Gah. This game looks bad." The boxart and bland name conspired against the experience from the get-go, but the follow-through of the lackluster visuals just ruined whatever fun could possibly been there. It wasn't an offensive looking game - just one that looked as if the artist colored the whole thing with a palette of "ohhh, I just don't caaaaaare." It's understandable. It rains a lot in Osaka, and gets quite cold in the winter. There was bound to be a Seasonal Affective Disorder on the art staff for at least one or two of the Megadrive games.. Anyway, Jewel Master, perhaps some of you out there like it? Drop me a note and convince me that the rest of the journey isn't as dull as the first couple of levels..