SEARCH
A minimum of 3 characters are required to be typed in the search bar in order to perform a search.
DISCIPLINES
5 MIN READ
News

Release This!: The One With The Spoony Bard 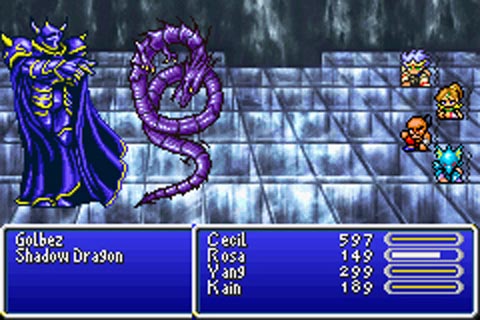 Final Fantasy IV Advance (Game Boy Advance) Developer: Square-Enix Publisher: Nintendo Final Fantasy IV Advance is the first output from Square-Enix's "Final Fantasy Series Port Project," which will also see GBA releases of both V and VI, as well as a 3D-modified III for the Nintendo DS. What this of course means is that, combined with last year's Final Fantasy I & II: Dawn of Souls, series fanatics will one day be able to carry around the entire first half of the series in their book bag. New additions to this particular port include a spruced-up script and the addition of character face shots to the game's dialogue boxes. Friends: The One With All the Trivia Developer: Artech Studios Publisher: Warner Bros. Interactive A rather bizarre usage of the PS2 console, Friends: The One With All The Trivia is a fairly simple, direct, and self-descriptive trivia game for fans of the long-running sitcom. The "game" features, we're told, over 3,000 trivia questions and 700 video clips, with a difficulty level catered only for the hardest of the hardcore fans. The presentation is as simple as can be, with the only variety being the occasional sound clip or video footage accompanying a certain percentage of the questions. With its $20 release price, however, this might make a decent gift for the Friends fanatic in your life. And odds are, you have one. Gauntlet: Seven Sorrows Developer: Midway Publisher: Midway Gauntlet hasn't changed much since its arcade inception over twenty years ago, and with the amount of sequels and follow-ups we've seen, apparently it doesn't need to. Seven Sorrows retains the classic formula: hack your way through dozens of enemies and destroy their spawn point, find the key, warp to the next level, and repeat indefinitely, though - like the other recent additions to the series - Seven Sorrows features an RPG-like leveling system to build up more devestating combo maneuvers in your troll-bashing. Games Released in Europe: PlayStation Portable: Madden NFL 06, Peter Jackson's King Kong: The Official Game of the Movie, Prince of Persia Revelations, The Sims 2, WWE Smackdown! vs. RAW 2006 Highlights: 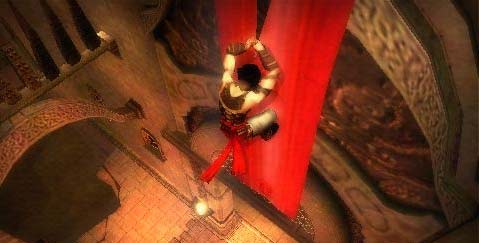 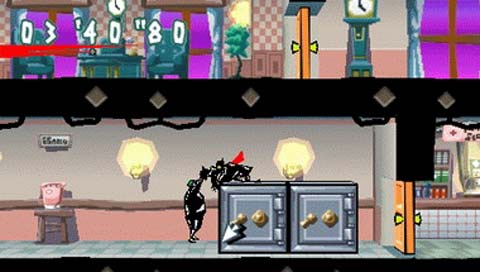 Exit (PlayStation Portable) Developer: Taito Publisher: Taito Produced by Taito veteran Seiji Kawakami, simultaneously with the upcoming World Air Force for the Xbox 360, Exit is a refreshingly 2D action/puzzle jaunt for the PSP, featuring stylized characters who appear on-screen as silhouettes. As "professional rescuer" Mr. Esc, players make their way through 100 stages, rescuing people from hospitals, burning buildings and the like, and solving a series of puzzles using inventory items and industry-standard crates. Additionally, Taito has announced that new levels will be available for download via the PSP's browser, which should add some longetivity to the game. Rockman X: Irregular Hunters (PlayStation Portable) Developer: Capcom Publisher: Capcom Irregular Hunters is a dramatically polished remake of Mega Man X, the blue bomber's 1993 16-bit debut. The characters and backgrounds have been re-rendered in full 3D, adding a modern brush stroke to the now-classic gameplay. The music has been re-scored as well, a sample of which can be heard on the game's official website. Additional new features include cutscenes that precede every boss battle, and an unlockable movie chronicling the history of the Mega Man X franchise.
Get daily news, dev blogs, and stories from Game Developer straight to your inbox
Subscribe