SEARCH
A minimum of 3 characters are required to be typed in the search bar in order to perform a search.
Announcements
Event
Free Webinar on 5/24: How Predictive Analytics Drives Mobile Conversions & Boosts Revenue - Register Here!
PreviousNext
DISCIPLINES
10 min read
article 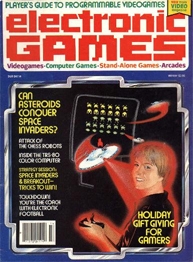 Kunkel the Game Designer After leaving Electronic Games behind for good, Kunkel, along with Katz and his wife, Joyce Worley, formed Katz Kunkel Worley Inc. (KKW) and soon after, its software subdivision, Subway Software. "Brian Fargo at Interplay contacted us and said, 'Okay, you guys have a lot of opinions about games, how would you guys like to do one?' So we wrote Borrowed Time, a text adventure. And remember, this was a time before there was such a position as 'Game Designer.' Most programmers believed there would never be anyone who was a pure designer working on a game who was not a programmer. And this was not an isolated opinion, it was commonly felt that you had to understand programming to make a game. We were one of the very few pure design houses, I suspect to this day." Subway Software designed a number of other games as well, including Omnicron Conspiracy and Superman: The Man of Steel for First Star Software, and WWF Wrestling for MicroLeague Sports Association, considered the first true computer wrestling game, along with the first to use the WWF license. "It was digital capture," said Kunkel, "WWF would send us films of fights. We had menus on each side of the screen, you chose your move, the computer calculated your move against its, and you saw a slideshow of the move being done." Kunkel and company also continued magazine writing through this time. "We spent '85 through '87, I think, working for computer magazines, one of which was 'Analogue.' And the guy who owned it, Lee Pappas, sold out his stuff to Larry Flynt. He hired Andy Eddy to edit 'Video Games & Computer Entertainment,' [today Tips 'N Tricks], who subcontracted to us to do all the computer writing while his people did the console side. Kunkel said that he wasn't completely happy with this position, being a console gamer at heart. "In 1990 I ran into Steve Harris at CES, who was doing Electronic Gaming Monthly very successfully, and that led to us starting Electronic Games again." Electronic Games saw a brief resurgance thanks to Harris' Sendai Publications, though Kunkel's role was limited strictly to copy. "The big problem there was that we just produced the copy and sent it off from Las Vegas to Illinois," said Kunkel. "We were like the redheaded stepchild. A new layout person would come in, and they'd practice on our magazine first, and maybe eventually 'graduate' to EGM. But it was a really good deal - the magazine was making money right until the time that it collapsed." 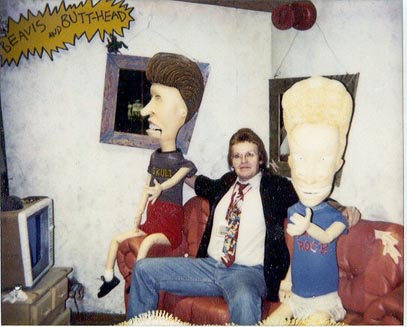