In this last part, I will quickly cover some tracks that I have identified to renew the content of open world games.
Pascal Luban
Blogger
June 04, 2020 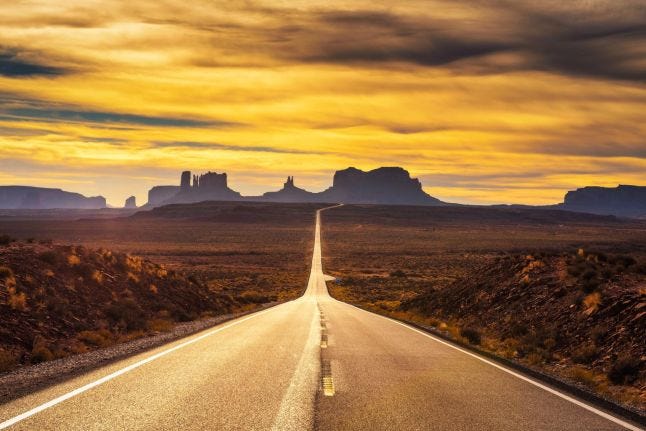 It would be dangerous to simply duplicate the choices of successful open world games. Indeed, the danger is not to bring anything new, not to renew the player's experience, to develop a certain weariness in the players. Players, like the media, are attracted to new ideas and creativity.

In this last part, I will quickly cover some tracks that I have identified to renew the content of open world games.

Mobile platforms are probably the next area of â€‹â€‹expansion for this type of game due to their growth and the weight they occupy in our industry. But above all, these platforms make it possible to create new gameplays based on 1) geolocation and 2) the use of persistent worlds.

The main characteristic of these gaming terminals is that we have them (almost) all the time at hand, no matter where we are. This makes persistent world games more addictive because it is easy for us to react when events occur.

As for geolocation, despite some real successes like Pokemon Go or Ingress, it has not yet entered the habits of players. But it is only a matter of time because the autonomy of our smartphones is set to increase.

The geolocation of an open world game allows us to consider using the real world as a map. This will make the games more immersive. It will also bring a new dimension to exchanges between players. Advances in augmented reality should make these games more comfortable and accurate. I'm thinking in particular of the likely development of lidar technology which has just appeared on Apple iPads.

However, it will exacerbate the problems associated with multiplayer in open world games (matchmaking, players density, etc.).

The economic model of open world games will also have to adapt. The current model, freemium, will not work on mobile where the freemium model is the norm. We will have to move towards models such as restricted access (see my blog on new forms of subscription) or in-app purchases.

One of the aspects of open world games that can lead to player weariness is their progression mechanism. It is almost always the same, regardless of the theme of the game: The player develops his attributes (health, strength, etc.), his skills (discretion, precision, etc.) and his equipment. In addition, progression is almost always based on farming mechanisms that push the player to perform repetitive actions and that do not encourage level designers to be creative. These mechanisms are effective but their repetition, from one game to another, can weaken the pleasure that results from it.

However, alternative progression mechanisms are possible:

The progression of players can be based on the discovery and the access to zones which will allow them to extend their capacities and to unlock information or alliances thanks to which they will be able to progress in the game. This approach values parkour gameplays as well as little used skills in action games like rock climbing.

This mechanism is often present in open world games but as a simple additional function compared to the main progression system. If crafting becomes the central function for the progression of the player, we make farming more interesting and above all, we offer players a freedom of choice that the traditional mechanism (attributes, skills, and equipment are defined in advance) does not allow.

-3- The player's narration and relationship with NPCs (non-player characters).

What if players could not improve their skills but had to rely on the characters encountered during his adventure to progress in the game? This is an approach that has not been used yet. If a game is to provide a credible gaming experience, it cannot base player progress on artificially obtaining attribute points that players can allocate as they see fit. Interactions with NPCs in the game could then allow players to forge alliances, acquire key information, unlock access or valuables. This approach would enhance the gameplays which are based on the dialogues but also on the moral choices of the players during their adventure.

Another path to renew the gaming experience offered by open world games is simply to offer new themes. Here are a few:

-1- The use of confined spaces such as a ship or a space base.

What characterizes open world play is freedom of movement and action with many goals, imposed or not. A territory of several square kilometers is not compulsory. Using smaller places could be advantageous: more details, unseen contexts, and a lower budget.

Open world games almost all offer action gameplay. It is true that the latter is popular with many players but other users appreciate the less violent alternative gameplays which are based on sport or strategy. Exploiting these gameplays can be a way to expand the audience for open world games and combat the monotony of action gameplays. Ubisoft's The Crew 2 follows this strategy and draws on a vast open world for its racing game.

Open worlds are about offering freedom of movement and action. But this freedom could be transposed to the fourth dimension, time. In other words, rather than moving physically over a large area, players would move in time. This approach would offer a radically different playing experience but would require a very specialized narration-gameplay mix.

-4- The mix of game genres, such as tactics and fighting games.

If the mix of genres rarely goes well together, action and tactics go rather well. Some will remember the fabulous Battlezone from Activision, a game that offers a very successful mix of first-person action and tactical choices. This combination of genres is little used while it is compatible with the expectations of the majority of action games. It would thrive in an open world game, whether tactical or strategic.

A good example is The black Death, a game developed and published by Syrin Studio in which I had the opportunity to collaborate as a consultant. The game takes place in the Middle Ages but during an epidemic of plague. The presence of the latter offers a vision of the Middle Ages very different from that offered to us by the majority of games taking place during this period, but also brings new features in terms of gameplay. Rarely used contexts or eras could serve as a basis for open world games: France under occupation, the discovery of the new world, etc.

Here is a final dimension that would renew the players' experience: Offer players an open world made up of discontinuous zones, in other words, zones that do not touch; movement from one zone to another is then simulated.

Building an open world around a continuous map has the advantage of letting players choose their route when traveling from one point of interest to another. It's a good thing if the trips themselves are interesting. However, this is not always the case. Too many games in the open world force players to waste long, and uninteresting, minutes to move around the map.

-1- The open world can cover immense spaces that it would be impossible to model: A country, a planet, even a solar system. We can thus develop new themes and game mechanics

-2- A discontinuous open world map is more realistic because it is to scale. Some open world games compress large areas into a map that is too small. The world then loses a lot of credibility and therefore, immersion.

-3- When the design team no longer has to worry about filling the world between points of interest, they can focus on them. It can develop quality level design: interesting topologies, better-adjusted opponent AI, difficulty construction and rhythm management.

-4- Finally, a discontinuous structure makes it easy to limit movement and therefore to control the progress of players.

I hope you found this long reflection on the level design of open world games useful. My goal is to help you ask yourself the right questions because, once questions have been correctly formulated, it becomes easier to find the right answers.

I also want to thank all my readers that gave me their support on social networks.

You can follow my news and my latest publications on Tweeter: PASCAL_LUBAN