In the first three parts of this chronicle, I mainly approached this subject from the angle of game and level design. But there is another angle that is gaining more importance in game design today: storytelling.
Pascal Luban
Blogger
May 27, 2020 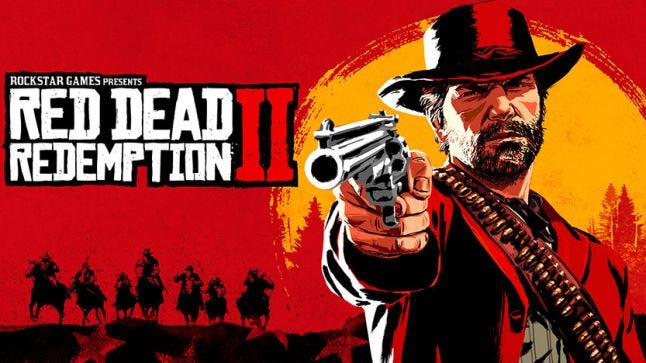 As a reminder, good storytelling is based on three components: The main character, the environment, and the plot.

We forget it too often but the main character is at the heart of any good story. The latter is only of interest because it relates the way in which a character to whom one becomes attached confronts a drama. Any good narration, therefore, begins with the definition of an interesting character for whom the audience will develop attachment.

The environment defines the decor but also the theme. It is often the latter that attracts the audience. The environment contributes to the power of storytelling by providing a framework that will reinforce the drama. Thus, a story about the survival of a group of passengers will be more dramatic if their plane crashed in the Andes rather than on an island in the Pacific.

Finally, the plot has only one goal: To create the conditions for drama and to distill suspense until the last moment. Writing responds to rules that have been the same since the Greek tragedies.

These two titles are emblematic of open world games because their respective development studios have put a lot of resources into the narration. However, they chose two very different approaches.

Red Dead Redemption 2 takes place in the American West at the turn of the 20th century. The representation of this era is astounding in credibility. We follow the adventures of a group of outlaws who seek to flee their enemies but above all to reach a kind of paradise on earth, a place where they all hope to live in peace.

In this game, the plot is a simple thread, a pretext to justify the group's movements and the main game missions. The narrative effort is mainly based on non-player characters and their relationships with Arthur, the player-controlled character. Great care has been taken in the development of the secondary characters who constitute the entourage of the hero: appearance, personality, way of expressing themselves, morality, voice acting; Nothing was left to chance. These characters are very credible, players spend a lot of time with them and end up developing real feelings, affection or antipathy, toward them. Like in a TV series, the developers of RDR 2 have focused on the characters, not the plot, a rare move in the video game industry.

The impact of storytelling in level design is therefore low, except on one point: Attention to detail brought to the environment. This is not negligible because the latter is one of the three key components of good storytelling.

Now to The Witcher 3. This game takes place in a fantasy environment strongly inspired by Eastern European Middle Ages. The main character, Geralt, is a witcher, a kind of mercenary who terminates monsters on behalf of the locals but against hard-hitting money.

In The Witcher 3, the developers of CD Projekt Red made different choices: They focused on the plot and the environment.

The main plot is better constructed than that of RDR2. It is articulated around a precise search, the disappearance of Ciri, Geralt's adopted daughter. The intrigue involves dramatic effects, and contrary to many games, the secondary quests are often interesting. The latter makes us discover characters that are sometimes touching, heartbreaking family situations, investigations to be carried out, etc.

The environment is carefully crafted; it’s a land of wars and soldiers. The places and landscapes are not spectacular, we are far from the epic backgrounds of The Lord of the Rings, but, the Witcher 3 world is credible. This is reflected in the behavior of the characters encountered, whether they are simple peasants, warlords, or monarchs. After a few hours of play, we are taken by a very special atmosphere, a mixture of despair, cruelty but also of humanity.

The characters, for their part, have less depth because they are rather stereotypical: The dark and taciturn hero, the mentor imbued with wisdom, the warrior companion, etc. We are less attached to them because they lack thickness and the game does not offer enough opportunity to get to know them better.

In The witcher 3 the impact of storytelling in level design is therefore major; it is it who leads the writing of the secondary missions and who gives a soul to the environment.

We have seen that there are different strategies to merge level design and storytelling in open world games. Let’s review some good practices.

Center the story progression around the hero’s personal quest.

We cannot repeat it enough: Good storytelling is built around a character, and this rule applies in video games as well. We must start by developing main characters to which players will become attached. For that, we have to give them thickness, make them credible. Then, heroes must be thrown in personal crisis; No need to give them the mission to save the galaxy to make their quest exciting; we can do it simply by threatening their loved ones.

Once players have set personal goals, want to defend a cause or simply "play" the hero, their engagement in the game will be overdriven, even if the game only offers repetitive quests and game mechanics that focus on farming.

Build missions around the dramas experienced by NPCs

All open world games offer missions to players. They are not always interesting and appear most often for what they are: Simple pretexts for action. This observation is largely explained by a large number of missions to be developed for an open world game. The development team tends to prioritize quantity over quality.

But if the creative direction of the game gives importance to the narrative dimension, then much more attention must be paid to the writing of the missions.

Build missions around the dramas experienced by NPCs. When players are moved by the distress of NPCs during an encounter, they will become much more involved in the associated missions. The Witcher 3 offers magnificent examples of such missions. I don't want to spoil the fun of those of you who have not yet played this wonderful game by giving too much detail on these missions, but I will just quote one of them. The player meets the path of a bloody baron who understands, thanks to Geralt,  why his wife and his daughter left him and died from it. His humanity surfaces and he tries to redeem himself; his distress is hard to see.

Write your scripted missions as mini-adventures.

This recommendation only applies to games that want to use missions for narrative purposes; it does not apply to games whose proposed experience is essentially based on the progression of players and therefore, on a very large number of repetitive missions.

The interest of carefully scripting a mission is to control what players will experience: The game pace, the diversity of location, interesting tactical situations, the presence of difficulty peaks, but also dramatic twists and situations presenting moral choices.

By combining these "tricks", level designers, or mission designers, can "stage" the mission that they will bring to life for players while offering an excellent playing experience. In particular, they can live missions whose course is not predictable. We thus cross the skills of level designers and screenwriters. One of the best examples, in my eyes, are the missions of S.T.A.L.K.E.R, the shooter developed by GSC Game World.

But if you claim the "sandbox" dimension of an open world game as its main interest, make sure that these missions are not mandatory. We cannot impose such missions which risk blocking the player in his progress and therefore frustrating him

In the next episode…

In the fifth and last part of my chronicle dedicated to the level design of open world games, I will touch on design ideas likely to renew the gaming experience offered by these games.