In this second part, I will cover a key need that an open world map must meet: Players’ progression.
Pascal Luban
Blogger
May 13, 2020 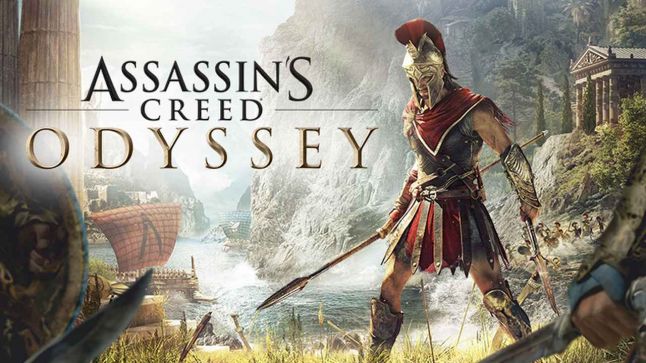 In the first part of this chronicle dedicated to the level design of open world games, I addressed a question that every game designer must ask: What design objective(s) should the open world meet?. In other words, what should it be used for?. but once this answer is found, the designer has to define the  map features that will make it possible to reach this objective.

In this second part, I will cover a key need that an open world map must meet: Players’ progression.

I am sure you noticed all open world games offer players many possibilities to develop their character or their opportunities in the game: Access to better equipment, improvement of character attributes, new features, unlocking new areas, etc.

It is not a coincidence. The choice to integrate such mechanisms meets many needs:

- The progression mechanisms give players short and medium-term goals, which bring them rewards. As a result, they encourage players to play a lot. It's the principle of "open loops" that make freemium games so addictive. Let's not forget that offering a long lifespan is one of the main benefits brought by open world games, especially in the eyes of publishers.

- The rewards associated with a progression mechanism are often gratifying for the players because they affect their experience of the game, they are not cosmetic. They, therefore, enrich the game.

- The progression mechanisms are inspired by those of RPGs. Players are offered many options to develop and specialize their characters as they see fit. The more choices a game system offers, the better.

- Finally, the progression feature can be used smartly to teach the game. The stakes are not negligible because open world games are often complex. If players do not understand properly how to develop their character, they do not benefit much from the experience of the game.

Strategies for building progression in an open world

A quality design is a design to meet needs. A good open world is therefore not designed at random by "sprinkling" elements of scenery and gameplay. Its construction must be a response to an intention to create a specific gaming experience. What can they be?

In an open world game, the players’ progression can be built to seek out three types of game experiences:

- The progression of players' abilities. This is the most common case. Players start with weak characters and will seek to improve their capacities: Equipment, attributes, teammates, territories, etc. This strategy is at work in most Ubisoft open world games like those in the Far Cry and The Division franchise. The motivation of players is to continually increase the "power" of their character.

- The development of storytelling. For story-driven games, it is the progression of the main narrative arc that motivates the players. This is the case in Red Dead Redemption 2. Players’ characters have little to develop. Of course, they can earn (steal) money or goods to acquire better weapons or a better horse, buy outfits or potions. But this is not the interest of the game. While in the Ubisoft games mentioned above, the increase in the capacities of the players’ character becomes their main motivation to play, it is the development of the story in Red Dead Redemption 2 that drives players to play and get attached to his world.

- The progressive discovery of the world. In this case, the entire open world is not accessible at once. Players must progressively unlock access to new areas. This strategy is used in The Witcher 3.

Of course, most open world games mix these three experiences, but in different ways. It is therefore important, as a designer, to ask yourself very early on the question of the mix between these three strategies. The answer will lead to design choices for the world itself.

Let's start with the player capacity development strategy. What are the best practices in building the open world?

I recommend making sure that obtaining the resources sought (materials, XPs, equipment, consumables, etc.) is only partially the result of luck. In other words, the discovery of resources must above all result from the choices of players and their knowledge of the world. This is a principle of good design. Excess chance kills good gameplay because it takes away the ability of players to perform with their talents and decision-making abilities.

Here are some recommendations that go in this direction:

- Develop a level design grammar. It is a set of rules determining, among other things, where players are most likely to find a given resource. For example, mushrooms can only be found in the woods at the feet of large trees. Once players have linked a resource to its location, they will be pleased to have "guessed" how to find a coveted resource.

- Associate resources with points of interest. Players will naturally be guided to them. In addition, it will be more immersive than constellating the mini-map with icons indicating where to go.

- Avoid "sprinkling" resources on the map. If players realize that it is enough to walk around at random to find resources or targets, the exploration of the map becomes mechanical, aimless. It is, therefore, less rewarding. It is more interesting to group the points of interest or the resources around "mini-clusters" whose access is similar to a mini-trip. The construction of the topology makes it possible to channel the movements of the players and therefore, to dress the course with interesting points of view, artifacts to find, encounters of opportunity, and the use of alternative means of transport. Thus, going to a point of interest, or a cluster of them,  becomes a mini-adventure, rather than being a monotonous interval.

Let us now see the case of the progression strategy which is based on the development of storytelling. What are good practices for building the open world?

- Of course, missions must be used as the main progression mechanism and not the harvesting of resources. But above all, missions must not be mere pretexts; missions must contribute to give meaning to the players’ actions as well as to allow them to forge relationships with NPCs and to get to know them better. This is how the team responsible for the script will be able to develop real narrative arcs and offer quality storytelling. I will deal with this last point in more detail in the fourth part of this chronicle dedicated to the level design of open world games.

- Unlock missions in a cluster rather than in sequential order. For example, missions E, F, G and H could only be unlocked once the players have completed missions A, B, C and D. This system allows the screenwriter to control the progress of his narrative arcs while offering freedom of action for players since they can do the missions of each group in the order of their choice.

- Use the first cluster of missions for onboarding. As a reminder, onboarding does not cover only the tutorial; it also aims to give players the drive to invest in the long term. Good onboarding is therefore just as relevant on triple-A as for mobile games. The order of the first missions should be imposed and they must be built with great care. Indeed, it is during onboarding that players really get attached to the game. The context must be engaging, even spectacular, the missions must be simple to complete while providing a gripping experience, the first characters encountered must be endearing, is, of course, players must quickly develop empathy with their character.

Finally, let's finish with the progression strategy which is based on the progressive discovery of the map. In this case, the entire map is not readily accessible and mechanisms, more or less restrictive, prevent players from going wherever they want. Thus, players are gradually discovering the geography of the open world.

This strategy offers less depth than the previous two but it offers two advantages: It is particularly motivating for players who like exploration and it helps to reinforce the two previous strategies: The development of players’ abilities and progression of narration.

A level design that integrates such a progression strategy must take care to answer two questions:

- How to differentiate zones? Indeed, if the discovery of new areas is an important element in building the players' experience, each new area must be significantly different from the previous ones. Just changing the environment is not enough. New features that will have an impact on the gameplay should be introduced: New threats, new resources, new types of game objectives, new tactical options, etc. Once again, the level design must guide the objectives of the art team.

- How to avoid making the mechanism limiting player movement arbitrary? It is hardly elegant, in a game that promises an open world, to artificially block the movement of players. Solutions exist such as requiring players to build a given piece of equipment like a boat. Far Cry Primal offers an interesting compromise: Some cold areas are accessible but without warm clothing, players cannot stay there for long.

In the next episode…

In the third part of this chronicle dedicated to the level design of open world games, I will cover the construction of the map itself, its topology, the use of points of interest, and all that will make the world alive.