On Wearing Many Hats

In indie development, we often talk about "wearing many hats". It means we have to take on a lot of different jobs. What we don't say is that that we might not like or even be good at them!
Sarah Herzog
Blogger
January 13, 2017

This article is by Sarah Herzog, Bounder Games' producer and programmer. It originally appeared on her blog, jiyambi.blogspot.com.

In indie development, you hear that phase often - "wearing many hats". We use it to mean we have to do a lot of different jobs as indie developers. What we don't say, what I never realised until this week, is that it can mean we do many jobs - and that we don't like some of them. And dare I say, we might not be good at some of them. 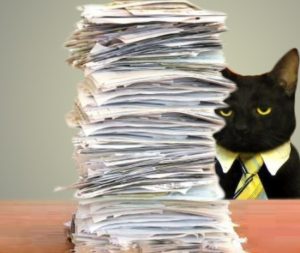 I am not a business person. I took some classes in uni, entrepreneurship and business law, and that was enough to tell me it wasn't my thing. But the thing about indie development is that you don't get to pick and choose what jobs you do. You have to do it all. Yes, Bounder Games is a three person team, but none of us have business experience. So this week, when it came time to set up officially as a company, we all had to get our hands dirty and wade the muck of business terminology to figure out what we need to do.

The last week, for me, has been nerve-wracking, anxiety-filled, and depressing. I have never felt quite so out of my depth. Many times I have said to myself, "I have no idea what I am doing - why did I quit my cushy programming job and do this to myself? Everyone will think I am a fool!" 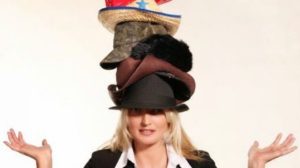 Sometimes ALL of the hats are ugly.

But that's the thing about wearing many hats - some of these hats weren't made with you in mind. They'll be too small, or too big, or itchy, or just ugly. They won't be YOU. As indie devs, we have to acknowledge that we won't be perfect at all the different roles we take on. We have to do our best and get through it anyway. For someone like me, a perfectionist who doesn't like people to see my work if I consider it sub-par, this is really really really hard. I don't want to reveal my weaknesses. How can I show something I know to be less than impressive? Then I will appear less than impressive!

The reality is that, if we don't push through and deal with these things that don't fit quite right - if we don't wear the hats, proudly, and do our earnest best with them, and ask for help if we need it - we fail. We fail ourselves and, if we are in a team, we fail our team. Doing nothing is the failure - not doing badly. Doing badly is a lesson. Doing nothing is giving up. It's an old adage, and it's trite and simplified but it's still true: "You miss 100% of the shots you don't take".

So here's to wearing ugly, ill-fitting hats, and the hope that we can spend most of the time wearing hats we like!