Neuron Games makes a fun video production of packages sent to us from MoxyLava
Cathy Trulson
Blogger
July 28, 2010
As you might know, the video game industry moves at the speed of light, so it is difficult to keep up sometimes. Luckily for us one of the companies we do work for found that we were in need of a new render box (as well as other hardware). We have been told before by others companies that we might be getting hardware as a perk, but unfortunately we don't work for the government, so we can't wait years for deals to materialize.

The guys over at MoxyLava just sent us packages and didn't tell us what was in them. Only that we had to video tape opening them. So in true Neuron style we made a super stupid fun production of it. We were shocked when it was a customized render box with a custom paint job even!!!. 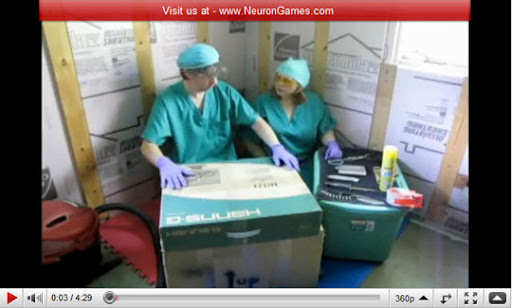 Part B of the grand "opening" of the new render box in the video below. Super awesome fun. 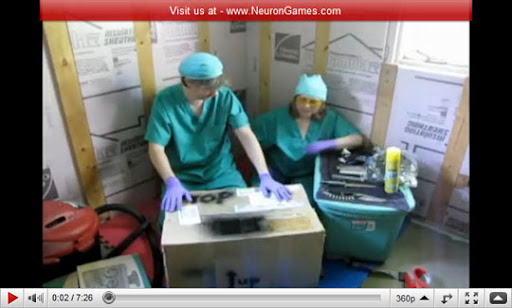 This system is super stupid fast for the front end render box. We also got a copy of Autodesk 3DS Max 2011 wich is an additional super awesome bonus. Hell, the software itself cost more than the system. Features of the Render box are as follows.

1 Tera byte drive in addition to the 3 solid state drives. Great for 3D resources such as mapping and 3d geometry.

To give you some idea of the change this has made for us, one project we had was rendering at 48 minutes. With NVIDIA using QuickSilver in 3DS Max that 48 minutes went to 9 seconds!!!!!

There is a lot more, but I won't bore you with details, only that our production will be increasing in the graphics department. Now to work on the development department a little.

Thanks a billion MoxyLava for the awesome system!