We've decided to post our monthly "crew update" on our blog so people can get a "behind the scenes" peek at how "A Virus Named TOM" is being developed.
Tim Keenan
Blogger
October 18, 2011

[We've decided to post our "crew update" on our blog so people can get a "behind the scenes" peek at how "A Virus Named TOM" is being developed. For the prettier version you can click here.]

Hey guys, time for another crew update! Lots of work being done, but I'd like to start off by quoting a message that was sent to me by a friend that runs a small gaming website:


"Someone came to my site via the search phrase "a virus named tom game pc full download".  People are already searching for it."

It's amazing how great that simple email made me feel. You should all be pretty damn proud that people are  already looking to snag our baby :)

ART
Another of Dr. X's inventions to reclaim by infection: the Teleporter! Here's an initial anim key frame from Trav, followed by a mock-up Von did of what the schematic might look like. It was a little challenging breaking it up into sections that look fun to infect, but I think we're getting there. 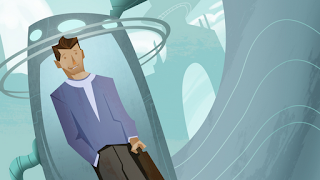 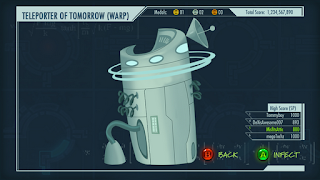 Menus! Every game needs them, and it's a good sign when you're far enough along to start making them look pretty! Below We have Von's take on what the player should see when they fail in puzzle/story mode. Then we have Brian's take on how "Role Results" menu will look. This is basically a screen that will come up at the end of multiplayer games which rewards players for taking on various roles (killing drones, stealing energy for the team, etc.). We're hoping this is not only fun, but encourages different play styles. Finally we have Von's take on the Results screen for territory mode. Just realized it has our colorful temp phrasing in it... 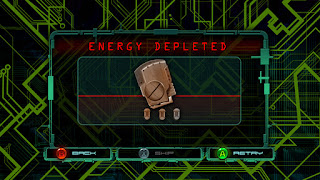 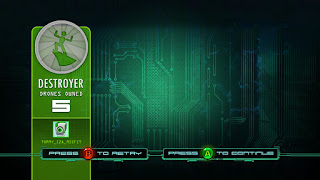 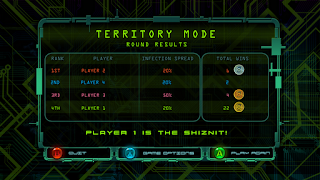 ANIM:
Helping the player understand what the billboards mean and how they relate to the schematic is important. Ryan has been working on a transition that conveys the featured invention on the billboard is being targeted for infection, and gives the level map that "planning a heist" feel.


DEV
Development this month has been a bit slow, but Eugene made his first contribution by adding medal and total score counters to the schematic. Now we can start comparing scores! No one is allowed to beat my score. I didn't start this company to lose at my own game. 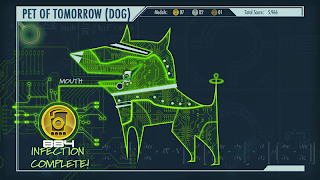 PRESS
We got our first hands on preview from  The Game Effect, take a look, I'd say they liked it :)

AUDIO
Ian and Lance are still searching to find the sound of the game. Hopefully next month we'll have a bunch of tracks to post.

REST
As always, Mikes been trying to heard us like the cats that we are, and I've been working with various publishers to figure out what the ideal launch platforms/marketplaces/dates are for us.

October looks to be an amazing month for us to push to Beta, and I already have some great updates for next month in the works. Thanks so much for all the hard work everyone, the game is really getting there thanks to it. Stay on target!