Learn 9 top tips for finding success on Kickstarter in 2021 - even with a mobile free to play game. The team behind Kinder World share a mid-mortem for their 220% funded project.
Lauren Clinnick
Blogger
March 11, 2021

We’re over 220% funded on Kickstarter. Plenty of folks in our industry would (and did) doubt that a free to play mobile game could build an audience on Kickstarter, so i’m here to share a ‘mid-mortem’ of sorts to show what worked to help us get here! This is a selection of tips, but please take everything with a grain of salt - your mileage may vary!

Please note: Our goal with Kickstarter is primarily commercial validation - to make sure that we have product-market fit, that we know who our key audience is and what they want (helps to inform our monetization strategy later). Our goal isn’t to entirely fund a whole game production, but to secure a super-engaged audience to help inform our ongoing development.

Straight off the bat, here are several factors that are contributing to Kinder World’s success: 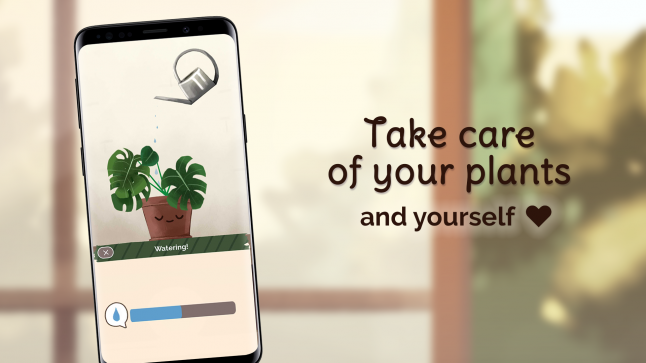 1. Build and bring an audience

It’s common advice for good reason. Kickstarter won’t bring the majority of your funding - you need to be able to drive your own traffic to the platform as much as possible.

For us, our starter organic traffic sources this looked like: a mailing list of about 2k (to varying degrees of engagement), a Discord over 1k, a company Twitter account with close to 2k, a personal Twitter account with 5k, app beta installs of a few thousand, and a collection of other smaller marketing channels - not to mention friends, family and colleagues of the team. 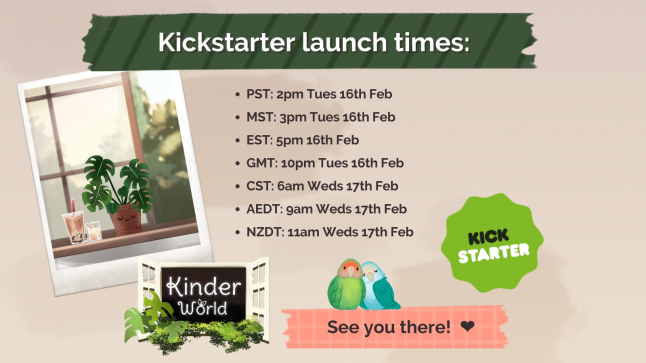 We made sure our audiences would know when the Kickstarter would launch - including timezone differences!

At the time of writing, Kickstarter has brought in about 40% of our funding, but many projects only see a ratio of 30%, 20% or lower from Kickstarter traffic. Plan for your other traffic sources! You need to bring as much organic traffic to the platform as possible that you can ‘activate’ yourself, especially in the first day or two and in regular intervals over the campaign. We recommend having proportional budget set aside for paid traffic as well like Facebook, Instagram and/or Google Ads - but that is an article topic all of its own!

2. Reach out to Kickstarter in advance

Once you feel that Kickstarter could be a great place for your goals, reach out to the Games team at Kickstarter! Email [email protected] with information about the team, the project, potential timeline and goals at the earliest possible stage. By speaking with the amazing Anya, we were able to be e-introduced to other developers that were starting or running around the same time, and got some great feedback on the information layout and order of information, our assets, and get an invitation to a Kickstarter Creator’s Discord - we recommend that you ask for access to this in your conversations with Kickstarter as well. 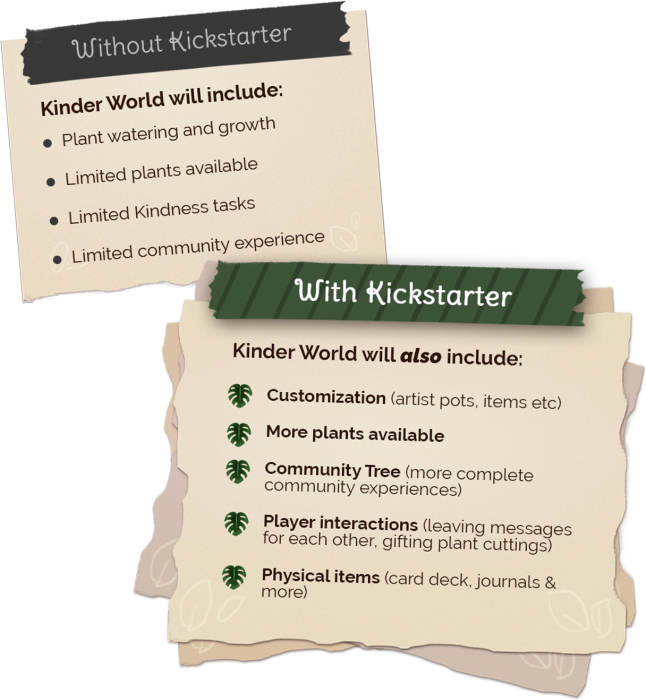 3. The strength of your campaign key image and one-liner is vital

We have worked on the Kinder World concept since October 2020, and have been testing our artstyle and one-liner (a mobile game of houseplants, healing and practicing kindness) from the earliest stage possible. We did this to ensure the concept would drive clicks by running small Facebook ad tests ($150USD or less) and absolutely recommend the same to others considering Kickstarter.

If you can’t find an audience that would love to click on your visuals and description, you’ll also flop on Kickstarter! Social platforms like Twitter can be helpful for testing this as well ‘for free’, but be aware that if the content is only being served to a majority of other game developers, it’s not a true test of how the concept will perform with general consumers.

We spent a good chunk of resources on a beautiful piece of concept art that nailed the vision and vibe we were going for with Kinder World, and tested the composition of that header image thoroughly to make sure it was our most appealing choice for our target audience. This meant that we were able to lead with the visual ‘vision’ on the Kickstarter campaign, even while our demo assets aren’t final.

4. Use the Kickstarter pre-launch page feature

Preparing for a Kickstarter campaign takes a long time. Similar to Steam Wishlists, Kickstarter now has an option to submit your draft campaign to them, and once approved you can enable a pre-launch page. This is a very valuable call to action for all your various marketing channels ahead of launch, as well as making it discoverable on Kickstarter itself. On your launch day, all pre-launch project followers will get a valuable reminder email from Kickstarter and this will help you start with a bit of a bang.

One downside is that you don’t have visibility on which traffic source provided the most followers on your pre-launch page. This is different to a live Kickstarter campaign where you can generate referral URLs to track which sources gained you the most pledges. The pre-launch page is still a very very useful new Kickstarter feature to use, and will help you start strong - set it up as early as possible!

Ideally our campaign video should show gameplay as soon as possible - even if it’s very very rough. The video should nail the vibe of the project, and should share the story of who you are and why you care about this - backing a Kickstarter is buying into the vision and values of the team you’re supporting, so be clear about who you are and why you care about your creation. The video will be watched thousands of times (ours has been viewed over 7k times on Kickstarter), so give yourself a lot of time (and iterations) to get it right. Be sure to run it by target market users, not just other game developers or loved ones!

When testing your video for feedback, we recommend asking users ‘how would you describe this project to a friend?’ and ‘why should someone back this Kickstarter?’. If the answers don’t align with the way you see it as the project’s creator, or they are too vague, you likely need to make these facts much more clear in the video. Study what makes other Kickstarter videos stronger or weaker, and always keep it as short as you can.

6. Keep it visual and juicy!
We’re a tiny team, but we still made a very cute demo. Our gameplay and the game assets themselves were then very useful for making appealing marketing assets. We also paid for the aforementioned piece of concept illustration for our main campaign image to help win hearts and minds.

You will need a lot of marketing art assets for Kickstarter - for the campaign itself, backer updates, social channels and more. For efficient, effective and attractive visual content I hugely recommend Canva - even someone without Photoshop knowledge can use it to make really attractive animated gifs, and the automatic templates for things in Twitter, instagram etc sizes are absolutely vital.

Ps. I recommend checking out our Kickstarter page for the full visual approach we've taken - Gamasutra (understandably) has a filesize limit on what we can show here! 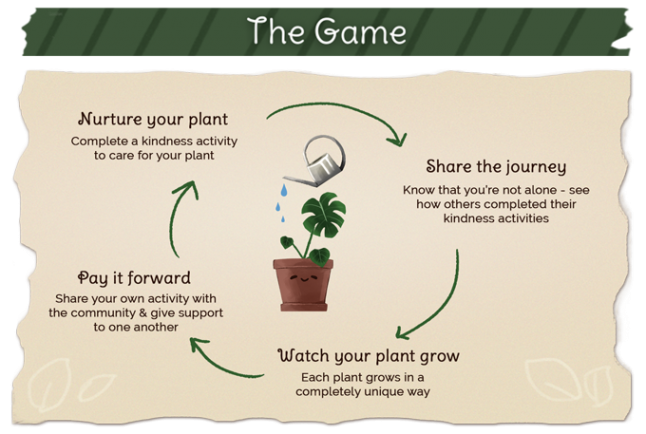 We recommend including all of these visual elements in your campaign, at a minimum:

A quick note on Kickstarter formatting: The editing tools for images and text in Kickstarter is a big pain. It will absolutely add much more spacing than you want in unexpected ways - this is a big reason why many campaigns list almost all their text as images rather than text to control the spacing issue. This sucks for accessibility because screen readers won’t work with those images. Get ready to be frustrated, and always check previews before publishing - including your backer updates! 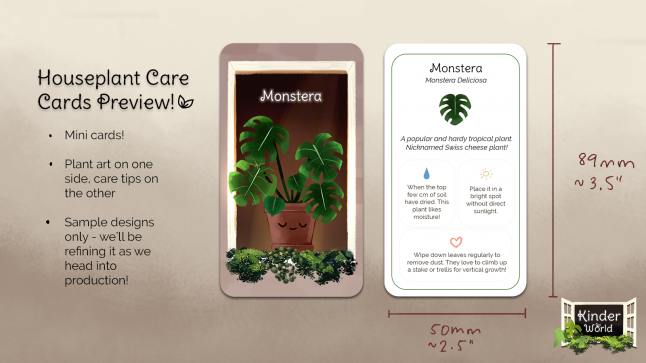 Here's an example of a preview mockup for a Kinder World physical reward.

7. Discord as a community tool before and during your campaign

We’ve found Discord to be a great community tool for collecting our super-engaged target players in a way that makes conversations quick and easy. Through having a friendly server that shows the community values of the team and Kinder World, we’re priming players in the appropriate way to relate to each other. As a bit of an internet nanna it has taken me a while to adjust to community management through Discord, but it has been well worth it! You can check out the Kinder World Discord community here to see how we lay out our channels, community values, run social events etc.

Discord for testing game features: We often mimic potential in-game features by ‘mocking it up’ using Discord. For example, we set up a daily gratitude channel to see if our target users would like to regularly list three things they were grateful for in a way that other players could see, and then we successfully brought that into the game demo itself. 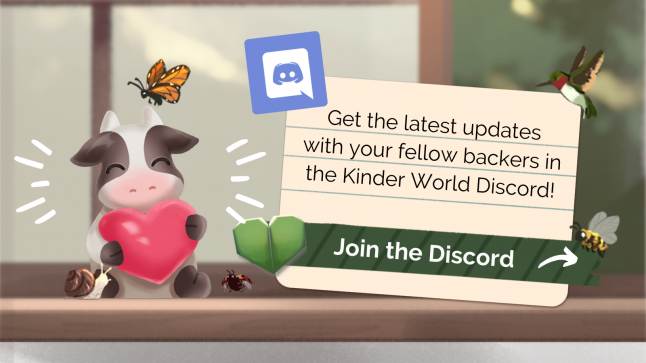 8. Be smart on pricing your backer tiers

Demonstrating genuine value to your backers in your reward tiers is vital. We only offered physical rewards that we have previous experiencing in designing and fulfilling (eg. art card decks, journals etc) and we were very careful on pricing to ensure there was actual margin. If you offer physical rewards, be as conscious as possible about your costs and margins - we can’t stress this enough! If in doubt, just stick to digital or in-game rewards wherever possible.

Digital rewards give a lot of flexibility, and I encourage folks to look at the range of digital rewards our backers were offered. We researched what our core audience persona would be very motivated by through things like surveys, and an in-game pet was the stand-out winner. Therefore  we made sure that our in-game pet tier was decently priced ($33AUD) so that our average pledge would likely be around there or above. We’re currently between $45-$50AUD per backer, which is higher than our initial hoped-for $35AUD per backer prediction!

We also designed our backer tiers to have an ‘easy upsell’, by offering some tiers with a ‘Plus’ version. This ‘Plus’ tier just added a digital workbook for self acceptance (no cost of goods sold per item for us), but at just $2AUD additional it was an easy choice for the vast majority of our backers to go just that small amount higher and choose ‘Plus’, which nudges our average pledge per backer up. 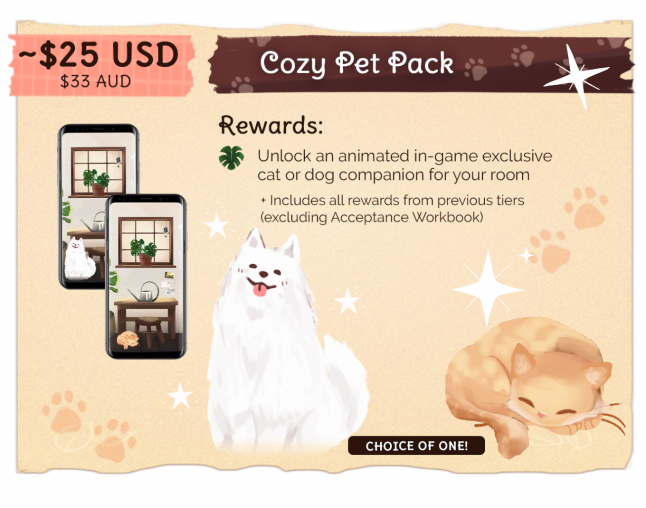 9. Cross-promo with other campaigns
Kickstarter has been a great experience for getting to know other developers and creators! We have released regular updates for our campaign (every 2 days on average), and in each one we have included a shout-out for another campaign that we feel is relevant to our backer audience. By using referral links on each other’s campaigns, we have been able to see that these cross-promotions have brought in some great backer contributions.

Our players aren’t hardcore gamers with narrow tastes, so we have been able to promote other mobile games, console and PC games, beautiful patterned shirts, tarot cards, cute plant pots journals, artbooks and more. As long as a project fits the vibe or feels like something relevant to the interests of your community, we encourage cross promotions!

Special thanks to our campaign pals:
Leikya Seedling Planters, Warror Dames, Roots of Pacha, Beacon Pines, Celestial+ Shirts, Pine, Made Marion, Ova Magica, PRIM, Oak Journal, Omni Tarot and many others for sharing wonderful cross-promotions with us. We recommend you check out all of their campaigns as well - there’s fantastic examples of marketing assets and rewards in each of them!

Please check out Kinder World on Kickstarter, and you can find us on Twitter at @lumiinteractive or myself @laurclinn

Thanks for reading, we hope this helps you on your journey!