Our first full size video game that we made.
Cathy Pyle
Blogger
February 03, 2010 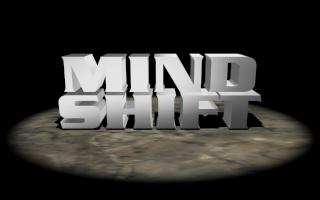 This was the first full size video game that we ever produced with full length sound tracks, sound FX, a sort of menu system… It was developed using Borland C++ version 4.5, I believe, and Borland Turbo Assembler or TASM. At the time everything ran in DOS in a 16-bit segmented memory structure. I had to make a graphics API from scratch which was written in IDEAL mode assembly language. Back in the day you had to get a physical address by taking a 16-bit segment address in memory and shift it by 4 bits and composite it with another 16-bit offset address to get a 20-bit physical memory address. This meant the programs were limited to 1MB of RAM. Also to access anything in the Borland compiler past the first 640K you had to buy what was known as a DOS Extender. What a freak’n nightmare all this was. There were NO graphics or game API’s to draw from, you had to do everything yourself and if you wanted it done fast you had to write it in assembly language. So glad we have 32-bit flat memory models now.

The only API that was available was the first version of Miles sound system which came with midipack and digipack. The reason was that at the time, sound cards didn’t come integrated with computers; you had to buy them separate. Trouble was, there were about 120 brands and configurations (Creative Labs, Turtle Beach, Gravis….). So Miles sound system gave you all the driver information and calls into the interrupt vector table for all these. It was full of bugs and all of the errors we encountered were a direct result of the sound system.

When we released MindShift there was no such thing as the internet really. You put it on a floppy or onto a dial-up BBS for distribution. Unfortunately for us we went to the post office and got a post office box. They wrote down the address information and we put that in the game for purchases of the registered copy. After a couple of months…..nothing came in. Then we checked the address with the post office and found that the lady had transposed two numbers on the zip which got put into the game. So I have no idea to this day how many people ordered the game. We did sell quite a few by hand though. I don’t know the exact numbers. It was a fun little game and I learned a great deal from writing the code for it.