Inside the fantastic murder-mystery design of Paradise Killer

"I'm not an author. I'm a designer," says Oli Clarke Smith. "I don't get why so many developers want to tell you a story instead of letting you interact with a story."
Kris Graft
Publisher
May 17, 2021

Independent Games Festival finalist Paradise Killer is a murder mystery that asks players to do some real detective work, letting them accuse and interrogate anyone they think may be involved in the crime.

Gamasutra sent some questions to Oli Clarke Smith, creative director for the Seumas McNally Grand Prize-nominated game, who talked about the challenges of making a detective game where you can follow your own theories on the evidence no matter what they are, as well as the appeal of making the player really do some detective work if they want some answers.

Who are you, and what was your role in developing Paradise Killer?

I'm Oli Clarke Smith, one of the co-founders of Kaizen Game Works and the creative director on Paradise Killer.

Years ago, I rolled straight out of school into a QA job on Tomb Raider Angel of Darkness. After the release of that game went sideways, I did a year in games retail before joining Circle Studios as a designer. This began my years bouncing around different studios in the UK as the financials of the PS3/360 generation caused a lot of studios to close. I worked on 50 Cent: Blood on the Sand, Rogue Warrior, and some Harry Potter games before landing at Supermassive Games to work on Until Dawn and Man of Medan.

Back in 2011, Phil (Kaizen co-founder and technical director) and I made a top down shooter on iOS called Wonton 51 in our spare time. Phil and I have been friends for a long time; we used to be in a punk band together and would hang out skateboarding and playing Dreamcast a lot. Phil's career was also in games and we knew we wanted to work together. In 2018 I'd finally had enough of triple-A console development and we made the jump to forming Kaizen. 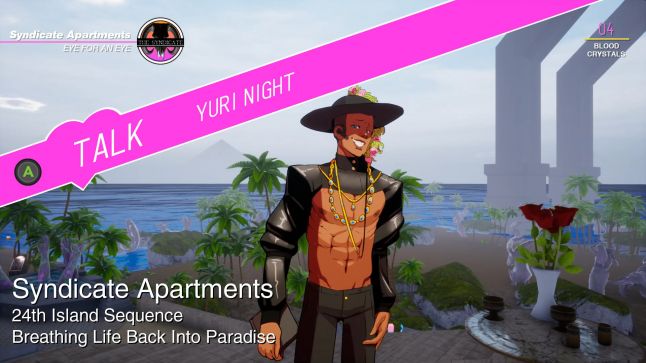 How did you come up with the concept for Paradise Killer?

Paradise Killer initially started as a more traditional first person narrative game set around the Yamanote train line in Tokyo. As we developed the concept it morphed into our own fantasy world and we realized that the traditional linear/semi-linear first person narrative style just wasn't what we wanted to do. I'm very frustrated at the lack of story interactivity and lack of trust in players in narrative games, so the open nature of Paradise Killer came about as a response to that.

The game is built in Unreal Engine. It is an incredible engine and we couldn't have made a game like this with other tools. Unreal takes so much of the basic heavy lifting off developers and allows you to make something cool very easily. I can't evangelize it enough. If you're reading this and thinking about starting your own project, I highly recommend grabbing Unreal first.

What interested you in making a detective game where you could accuse anyone of the crime?

We feel that traditional linear detective games are a series of narrative logic hoops that the player is forced to jump through to progress. You are confined to a crime scene and can only leave when you have found all of the predetermined clues and exhausted the dialogue trees. When you present your evidence in a trial you must make the right choices when the game asks you, otherwise you are forced to retry. These games don't actually let you be a detective.

So, we wanted to make something where you investigate how you want and when you want. To make this work, we have to let you accuse anyone you want. We believe in systems over narrative, so we built systems to allow player expression and choice. I'm not an author. I'm a designer. I don't get why so many developers want to tell you a story instead of letting you interact with a story. Games are interactive, so stories should be as well. That thinking really drove us to make an open style detective game. 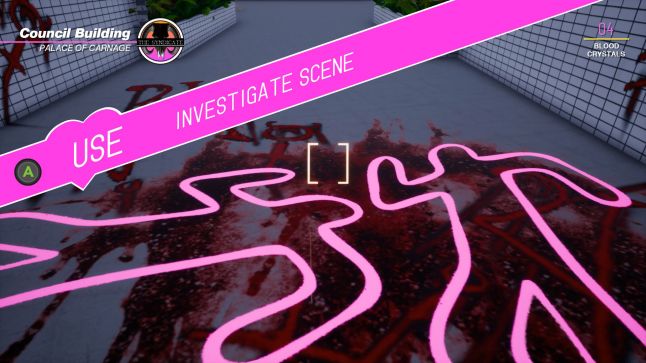 How did you create a sprawling array of potential suspects and ways to follow the case based on the player's own evidence and hunches?

The initial step with designing the story and characters was to work out the crime; the who, where, when, and how. I didn't have a story in me that I was desperate to tell, just the desire to give the player story freedom. Once we knew the crime, we established the rule that there must always be multiple valid suspects for each crime. This meant working out all of the other crimes in the conspiracies and how at least two characters could be involved. This involved a lot of iteration of character motives and alibis, as well as the details of the crimes themselves. It would be a hard game to make in a traditional game style as the plot and dialogue was iterated right up to two weeks before shipping the game. You can't do that when you have to lock in mocap and voice recording dates.

To enable players to pursue their hunches, we have to ensure that players are never gated by arbitrary story beats and that they can always ask what they want to ask. Initially, all of the dialogue for each character was one big tree. When the player spoke to a suspect, the game would look to see what was the most important piece of evidence the player possessed and then jump into the tree at a point to ask about that. Then, it would loop back to ask about others.

That was unwieldy and a very poor player experience as it took away their agency. Instead we broke every crime into casefiles and assigned the evidence to the casefiles. When the player speaks to a character, we abstract the experience into a fullscreen menu where the player chooses which casefile to speak about and then in dialogue they can choose which bit of evidence in the casefile to ask about. We don't really care about cinematic experiences and just want to make very gamey games. This allowed us to keep pushing player agency and not get hung up on traditional game presentation.

What challenges did you face in keeping track of all of these various storylines that the player could follow?

The main challenge is keeping it all straight in your head. I failed to maintain usable narrative design documentation, so it all lived in my head and I'd make very quick but dramatic iterations off the cuff as part of the design flow, implementing them directly in-game and fixing it up later. The most important thing is consistency and truth. Everything has to link and there must be an explanation either in-game or in our heads that the player can reason out. The events of the crimes can never be 'just because', they all have to be grounded and true. The next most important thing is jumping on opportunities. You write something for one crime and realize it can tie to another event or to another character and then implement it. This makes everything feel whole and cohesive. 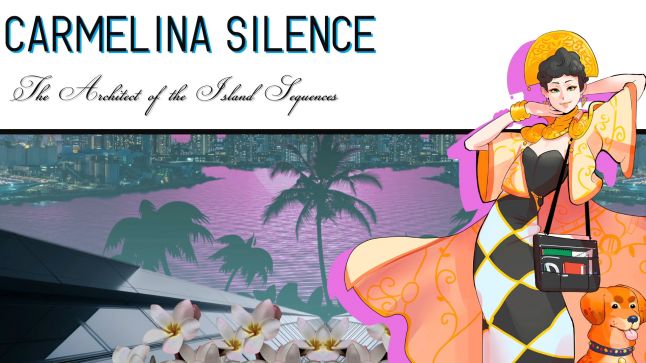 How did you work to design the characters to be memorable and distinct?

It was important to draw on a lot of different influences and styles, but also to just do everything most games don't. I have never worked in a studio where we'd be allowed to have a plus sized woman as the lead or make every male character topless. Our goal with Paradise Killer was to take this opportunity to make our own game and just do what we wanted. We'd rather have made something that failed that we were proud of and go back to normal jobs than try to make something mass market. So we didn't let anything hold us back with the designs.

Same with personalities. I was very influenced by the different dialogue styles in Deadly Premonition, and we worked hard to find a unique way of talking for everyone. Making Akiko swear in Romanian and Sam often talk in questions make them memorable characters even if you didn't have the accompanying visuals. It also helps being in a fantasy world where we control the rules and what 'normal' is. It allows us to make very extreme characters but then integrate them into the story.

Many detective games give players a singular truth in their completion - there is one true ending. What drew you to give players a situation where they could "solve" the crime, but not be completely sure if they'd actually solved it?

I always prefer the journey to the destination in life and media. I can't think of many endings to things I really love except maybe Twin Peaks season three. I love ambiguity and I think people get too hung up on figuring out endings and wanting satisfying endings. Your life probably won't have a satisfying ending, so why care? Enjoy the moment and the path you walk. To that end, we kind of didn't care what truth the player comes to at the end of the game so long as the truth is meaningful to them. That's all we should be aspiring to as developers; can we let the player express themselves meaningfully and can we craft a framework that responds to that expression? We never pull any narrative tricks or misdirection. We always lay the facts out for the player and it is up to them to interpret them. The player is what is most important. Everything was designed to serve their interpretation.

The game has anti-capitalist, anti-establishment system, and anti-discrimination themes. They are (hopefully) never overt and are naturally woven into the world. We hope the player picks up on these and questions some of the things we might accept as Just The Way The World Is in their own life. We didn't set out to make a game with these themes; it is just what happened when we injected our personalities into the game. I hope it resonates with people.

Also, I hope people question why so many games are fixated on pushing you through a non-interactive story. Games are supposed to be interactive, yet so few games have interactive stories. Why is that? Why do people think storytelling and not story interacting is the height of what this medium can achieve?