This article is a realtime report about how China's ongoing coronavirus epidemic impacts the video game industry, the writer me lives in the epidemic area.
Junxue Li
Blogger
February 13, 2020

Some of the info and pictures in this article are from game media: 17173, Chuapp, and Tencent news 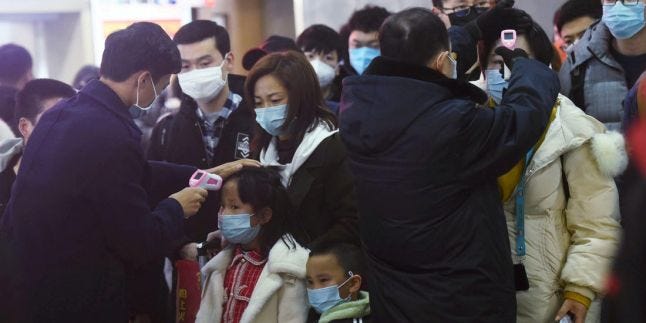 This season, the Chinese people have an eventful Spring Festival Holiday, due to the outbreak of new coronavirus epidemic. Till now, China government is working hard to control the epidemics. Our studio is in Beijing, the affected area, I want to give you some first hand information regarding how the epidemic impacts the game industry in China, I would try my best to give a fuller and detailed story.

The new coronavirus is air-borne and a bit more dangerous than common flu virus, it would attack people’s lungs, the symptoms include fever and pneumonia. Affected patients are first found in Wuhan city of Hubei province around Dec 2019, possibly transferred to humans from wild animals, the virus’ natural hosts. In short time it develops to national epidemic, this is the statistics up to the time of writing:

The situation in Wuhan is dire, large number of people are diagnosed. Newly increased cases are beyond the local hospitals’ ability to handle, and the nation is summoning all the available resources to construct new hospitals over nights there. To prevent further spread of the virus, the city is sealed. In general, life in Wuhan is very rough.

Out of Hubei province, the number of diagnosed is significantly lower. However, for the need of keeping the virus in check, nation wide people are advised to stay at home as much as possible before the matter is over, to reduce contact. To help improving the situation, most Chinese people have been staying at home from the start of the holiday (Jan 24) up to today, because of the emergency, the holiday is twice prolonged, first to Feb 10, Now to Feb 17. This creates a type of at-home consumption and gives some impact to businesses. 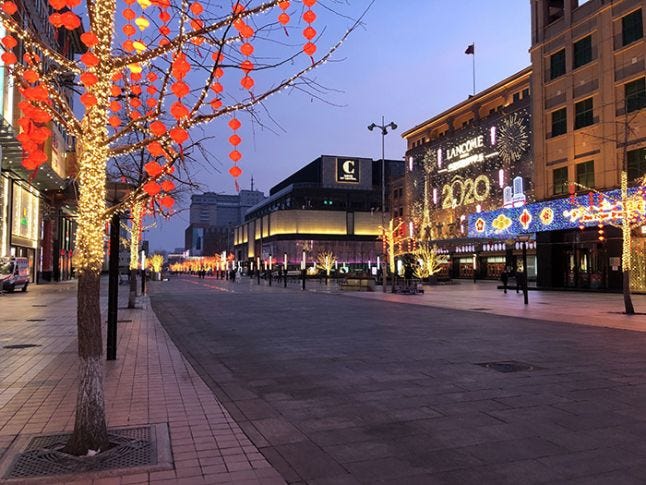 Beijing's most busy commercial street Wangfujin Avenue in this year’s Lantern Festival evening, it's quite empty.

It’s easy to imagine, while people are unable to go out for entertainments, for example, movies, parties, etc, a large portion of the amusement budget would be diverged to video games. In the mobile game sector, most top grossing titles in China have welcomed a phenomenon hike in revenue. On this year's Spring Festival Eve, Tencent’s flagship MOBA Honor of Kings, hits 2 billion Yuan (300M US dollars) daily revenue. This figure is only 1.3 billion on last year's Spring Festival Eve.

And many MMO Steam games reaches historical high number of active online players. Below is the graph of a Chinese game on Steam.

And consoles also enjoy a sales mania. “Our consoles and discs are sold out in a week.” A Taobao store owner says. During this period, both PS4 and Switch become highly sought-after items. A typical example is, the Switch game Ring Fit Adventure, in US Amazon store its price is $124. And on Taobao, the price is steadily at rise, a few days ago around ¥1000 ($140), now around ¥1500. 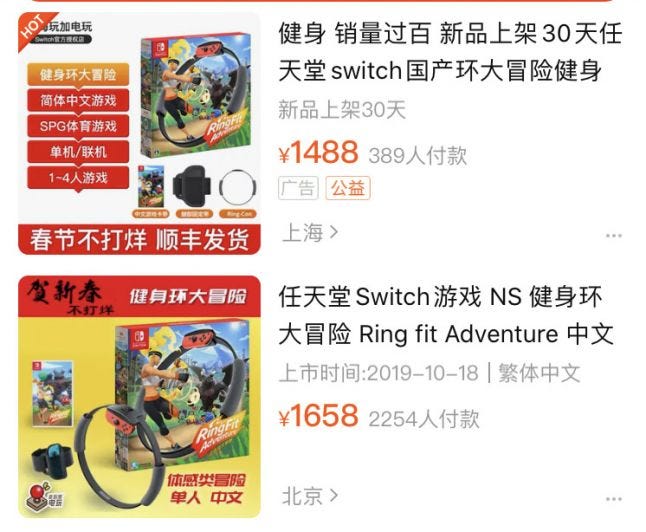 For publishers, it’s the best time to harvest revenue. On the contrary, to cheer people up and help them combat long time indoor stress, many generously offer free to play plan. For example, Nishuihan, a MMO RPG game, regularly it goes with hourly/monthly billing plan. Now it declares free to play during the epidemic period. It also releases free in-game mouth mask, to encourage people to hold on. 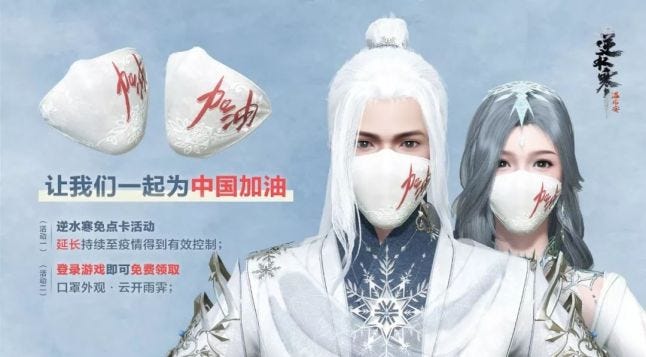 And Blizzard’s Overwatch also extends its free trail period to the end of the holiday. 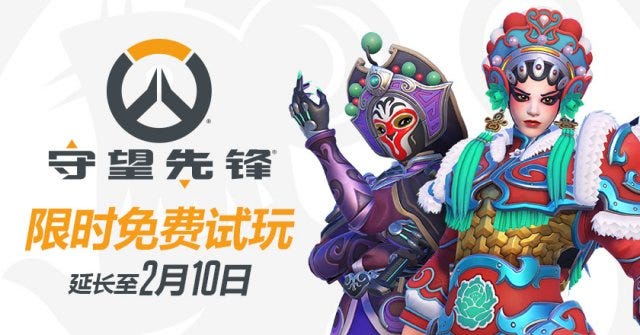 During the hard time, most local and international publishers/developers extend arms of help to Wuhan. Each of them donates millions of Yuan to the city through charity, helping them buying desperately needed mouth masks, medical equipment. Some companies even go to the great length by sending staffs abroad buying mouth masks-for they are out of stock everywhere in China, bring them back in suitcases and send to Wuhan. 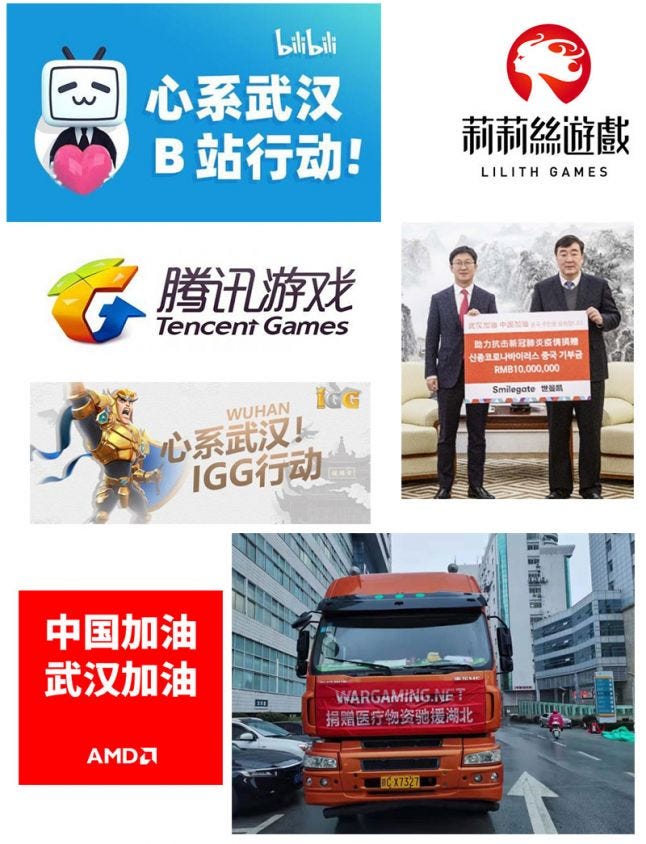 And some MMO games sponsor in-game activities to raise donation among players. For example, Jianwang 3 by King Soft has raised 1.2M Yuan up to Jan 30.

I’m glad to learn that enterprises/people in our industry are so warm hearted, and stay firm with the nation.

Big gatherings is the scenario we are trying to avoid now, so E-Sports Events are affected. All events in China area are rescheduled, including League of Legends, Overwatch League, PCL 2020.

And some E-Sports teams send their regards to the public, encouraging people to keep hope and be strong. 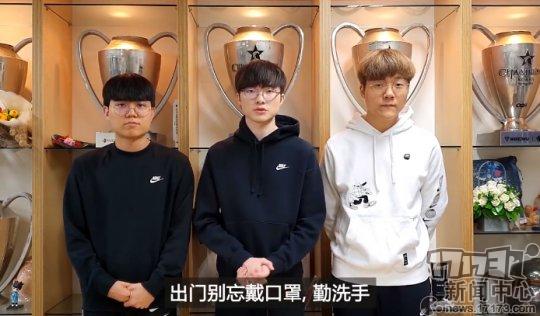 For all developers and service providers across China, the biggest challenge is to resume work in working places.

Big companies such as Tencent, Netease would reopen studio on Feb 17, following national emergency announcement. However, lots of small companies require employees to remote work from Feb 3. No doubt that by remote working, only limited jobs could be handled. The impact to different studios would vary according to their working natures. For example, for some 2D/3D art suppliers, the work is to make some 3D models, 2D graphics, they are not greatly affected; However some developers who need multiple departments working together, are not so lucky.

Wuhan city is the concentration zone of GAL game (Girl and Love) developers, these developers are the most heavily impacted. 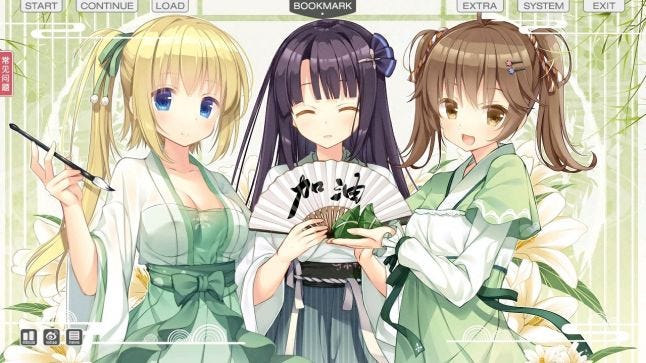 A famous GAL producer reveals, the big issue of his studio is that, employees who go to their hometowns to spend the holiday with families, are unable to return to Wuhan; And native Wuhan employees are unable to go to working place, for the city is heavily infected area, Wuhan people go outdoors even the less than other cities.

Impact to Our Studio and Friends

I have many friends in different cities, Shenzhen, Xi'an, who run a company doing 2D/3D artwork for hire, just as our studio. They all tell me that their studios are not reopened, because by announcement it is still holiday now, and people fear to gather together. However, small companies can’t stay idle for very long, and their employees do as much work as possible at home. They suffer different degree of losses, we all hope the working order could be restored soon.

And it’s very lucky for our studio. We’re in Beijing, a less affected city, we have freedom to go out, albeit people aren’t willing. Our employees all live within half an hour distance, so work goes on just as normal, we are back to work on Feb 3. And I tell our clients the situation in China, and we could only go home and go to work. And they support us by sorting out all the outsource works and give us as much as they can. Here I sincerely express my gratitude to these dear friends!

The biggest impact is to our marketing. Now many countries limit Chinese citizens’ entry, and flights from-to China are canceled. That in the next few months, we can’t expect to do some self-promotions in game events. For example GDC and Game Connection in March, Pocket Gamer Connection in May. How big the loss is, it’s hard to estimate. The importance of going to events could be read from two stories. First is that we find a big client we now work for, indirectly through the Pocket Gamer Connection Helsinki last October; And in the last few years, whenever we go to San Francisco, we would visit our most important clients there, the visits are essential to maintain our long time collaboration.

To Chinese people, the epidemic is a grievous misfortune and suffering, all of us hope it could end soon. Some of us in game industry suffers losses too, nonetheless, the whole of the industry represents a positive force battling the plague, and we will help our country win out! 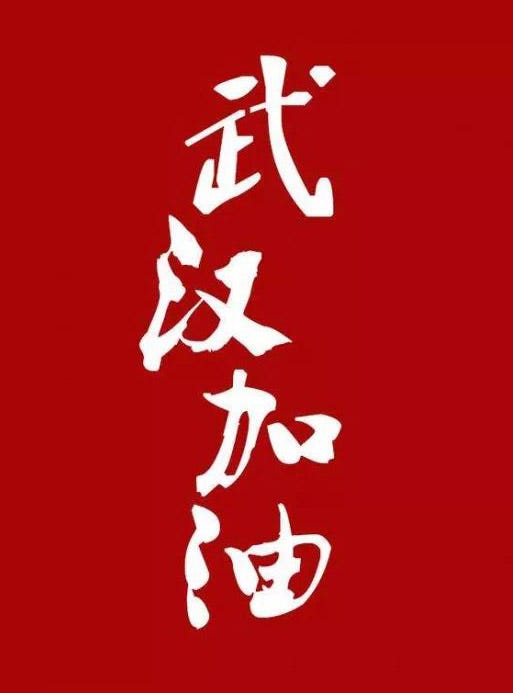 I will regularly bring you interesting news/stories from Chinese game industry on my Instagram page:  @sunnypaintermedia, please follow me, many thanks!