From action-packed Furi to relaxing romance Haven: A Q&A with The Game Bakers

"The problem with love is that it's hard to translate into game mechanics...I wanted to feel that relationship throughout the gameplay," says Emeric Thoa, creative director of Haven.
Alissa McAloon
Editor-in-Chief
June 21, 2021

Independent Games Festival finalist Haven follows a pair of lovers as they escape to a lost planet, finding sanctuary alone in a lush, colorful world. There, they need to find a new life with one another, growing as a couple while dealing with the forces that mean to break them apart.

Gamasutra spoke with Emeric Thoa, creative director of the Excellence in Narrative-nominated Haven, to talk about exploring a couple's connection through gameplay, why it was vital to control two people throughout the experience, and the constraints that helped them create the game's world.

Who are you, and what was your role in developing Haven?

I am Emeric Thoa, creative director of Haven. I started as a designer with a focus on accessibility matters, then evolved as a game director on triple-A games, then co-founded The Game Bakers with Audrey Leprince ten years ago to make indie games. Our last game before Haven was Furi. 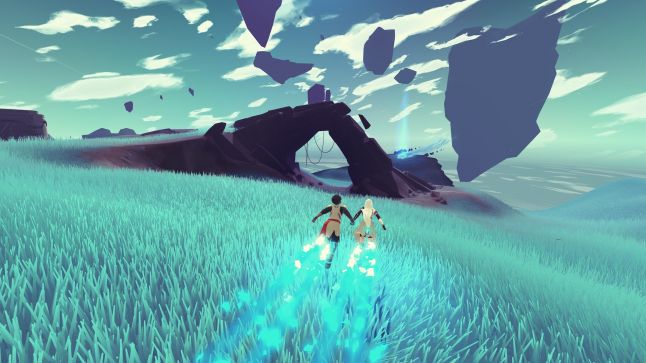 How did you come up with the concept for Haven?

I wanted to make a game with a love story at its core for a very long time. It was a bit risky after Furi. Everyone expected us to make Furi 2 or another action game. But I wanted to make a more relaxing game, and approach the romance genre with a different angle: the couple and the lasting relationship instead of the "boy meets girl" kind of story.

The game engine is Unity but we developed a lot of in-house tools to craft the game.

What interested you in mixing a growing relationship with exploring an unknown world?

I didn't want to make a story on one side and a game on another. The problem with "love" is that it's hard to translate into game mechanics. It's not really an action (unless you want to make a very different kind of game, and that was not our intention). So, I wanted to feel that relationship throughout the gameplay. And I wanted to be part of the intimacy of a couple, in the gameplay. That's why there's a lot of daily life actions in Haven. You cook, you prepare stuff, you sleep... And all these actions lead to conversations in which you have dialogue options.

When you explore the planet, you do it together, controlling both characters. They hold hands while gliding. During combat, they also fight together at the same time. They explore and fight to stay together. To be free to love each other. The game design of the game doesn't shine compared to the dialogues, for instance, but it's on purpose. It's deliberately made to make the couple shine more than the challenges themselves. 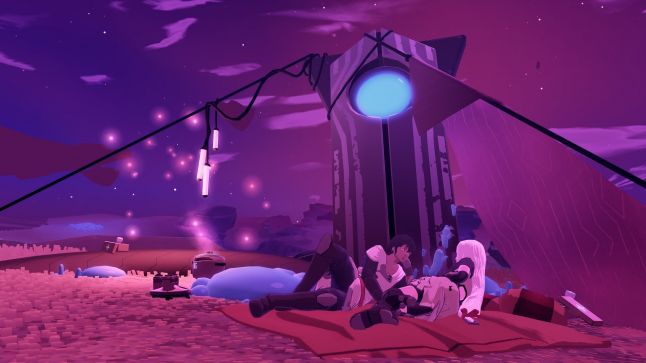 What drew you to explore sacrifice with the game? What do you think this made the player feel?

Sacrifice is always interesting in an artistic medium. You create value during the game, and then you bring a dilemma. It makes people think. In Haven, we wanted players to reflect on what they would be ready to do for love.

While making the game, I was always thinking about the question "Would you prefer to live forever alone with your lover, or with the rest of the world but never see them again?". We didn't want the game to be too dark and heavy. It's actually very fun and light and happy. But it does make you think a little, and make you care a lot for Yu and Kay.

Why did you have the player control the two characters in combat?

In Haven, you play a couple. I wanted that to be at the core of the experience. That's one reason why we didn't do split-screen in co-op while exploring for instance. In combat, it was the same. I wanted the player to feel that they play both characters, like controlling the two players of a beach volley team at the same time. It brings interesting mechanics of coordination and synchronization with yourself in solo and works great in co-op.

I also wanted it to stay relatively simple. For instance, we started with 32 orders in combat and cleaned it to keep only 8 so that it doesn't become unnecessarily complex. The combat is not the core of the experience in Haven. 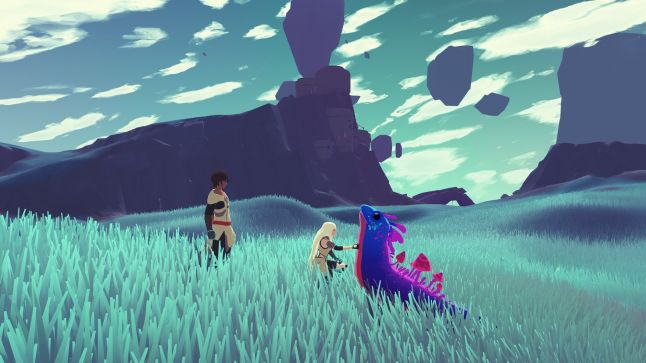 What thoughts went into the visual design and music of the game? What made these feel right for the experience and emotions you wanted to create with your game?

We put a lot of effort into finding the right artist for the faces. Because it was a game about a couple in love, we knew we would need someone able to make nuanced facial expressions. That's why we wanted to work with Koyorin and chose to go for a focus on 2D portraits instead of full 3D facial expressions. We also spent a lot of time working on the coziness of the Nest, their home. We also wanted Source, the planet, to feel like a mountain track you're skiing on (except they glide over tall grass). A lot of the decisions were made to feel that you can go at your own pace and relax.

The music is always a key component of our games at The Game Bakers. We had already worked with Danger and we knew he could make sounds that feel "out of this world", yet compose a wide range of melodies. We need to feel excited at times and nostalgic at other times. Danger is a master in making mysterious and melancholic tracks, and it was an adventure to create that original soundtrack for the game over 3 years.

What ideas went into designing the world the players would be surviving in? Trying to forge their relationship in?

The world itself, the planet source, is actually a mix of our intention to create a relaxing and chill environment (tall grass, valleys you can glide on, mostly blue sky, flying rocks) and our technical and production constraints. Some of the decisions were also made to simplify our production pipeline: almost no vegetation, mostly outdoor, simple buildings, fragments of the planet connected together by energy arcs... Constraints actually help us to be creative most of the time!