2020 marked my 12th year making games in Indonesia. In my years working in the game-making business in Indonesia, I have seen a lot of things, good and bad. Here's a decadeÂ of Indonesian games in retrospective.
Kris Antoni Hadiputra
Blogger
February 20, 2020

A Decade in Indonesian Games

I’ve been involved in Indonesia’s game development scene since 2008, I’ve worked in two of the oldest game development studios in Indonesia, Altermyth and Matahari Studios, before starting my own studio, Toge Productions, in 2009. In my years working in the game-making business, I have seen a lot of things, good and bad. Here's a decade of Indonesian games in retrospective.

Disclaimer: There are a lot of things that happen in the span of 10 years, I might have missed some milestones or events, for that I apologize.

The decade started with devastating news. One of Indonesia’s oldest game development studios, Matahari Studios, closes its doors. Founded in the late 90s, The studio was regarded as the grandfather of Indonesia’s game development scene. One of their biggest contributions was giving birth to GameDevID, an online community forum where game developers all around Indonesia could share knowledge, showcase games, and learn from each other. Their former crew members would eventually start their own studios and inspire more to become game developers. Check out this awesome chart by Dien Wong depicting the diaspora of ex-Matahari crew members from 1999-2011. 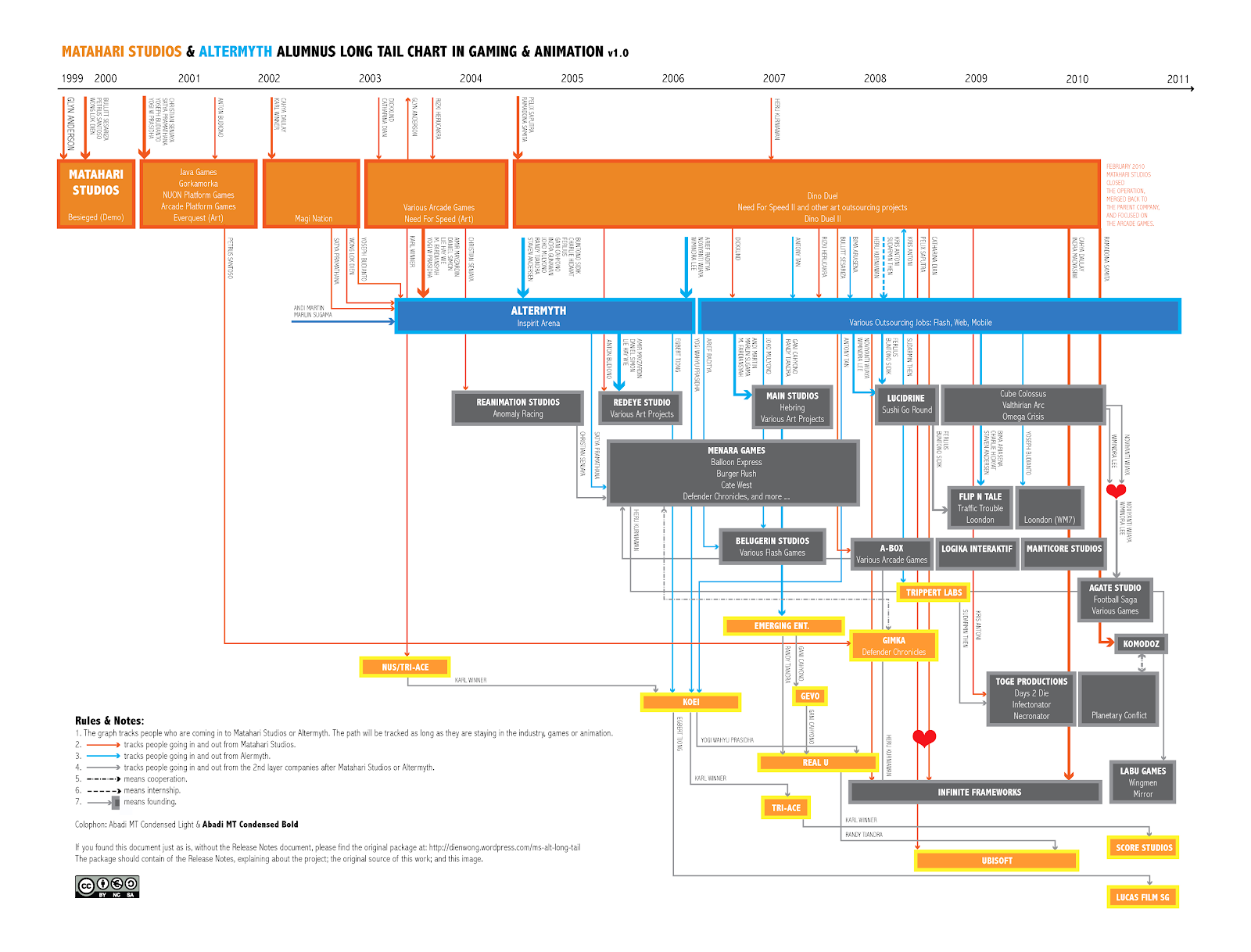 Despite the closing of Matahari Studios, a lot of new indie studios were popping up all across Indonesia in 2010. The main driving factor was Flash games. Flash games and its sponsorship business model had opened doors for Indonesians to create games and earn a decent living from web-based games. For Indonesians, making Flash games were the closest thing to being a “real” game developer. There were no big AAA studios nor schools with game development courses in Indonesia back then, even now access to game development knowledge is still very limited. And to make things even harder, games are still considered “bad” and not a legit career path in the eyes of parents, teachers, and government officials in Indonesia.

Many Indonesians who dreamt of working in the games industry or wanted to create their own games turned to Flash games and started forming studios or teams, I was one of them. The best thing was, you don’t need a lot of capital to start making Flash games and you can earn a pretty decent living in Indonesia. To put things into perspective, a simple Flash game that a single developer worked on for less than a month could get US$500 - US$1000 in sponsorships and ads, while the standard salary for a university fresh graduate in Jakarta was about Rp 3,000,000/month (US$200/month in today’s currency), even less if you live outside of Jakarta. The higher quality Flash game could even earn US$20K and more.

In this era, Indonesian game developers released many notable games and hits, such as the Epic War series from Artlogic games, Infectonator and Necronator series from Toge Productions, Valthirian Arc series from Agate, and many more. These games were being played by millions of people worldwide and their success helped the growth of Indonesian games industry. According to the 2010 - 2012 Flash Game Market Survey conducted by the now-defunct Mochi Media, Indonesia was in the top 10 countries for Flash game production. There are more than 100 indie teams or studios born in this time period in Indonesia. Web-based gaming portals such as Newgrounds, Armor Games, and Kongregate gave access to visibility and revenue from millions of players worldwide. Flash not only provided us with a stable income but also a space for learning and experimentation. The conditions were perfect for the Indonesian game industry ecosystem to grow and flourish. Small studios soon become medium-size companies and expanded to include mobile games. 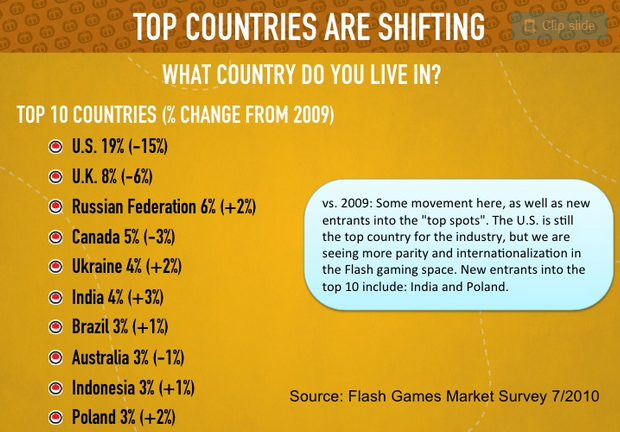 In 2011, we started seeing more and more Indonesian game developers expand to mobile games. Things really started to heat up in 2012 as Steve Jobs announced that Apple will not be supporting Flash on their iPhones, in favor of HTML5. That was the beginning of the end for Flash, and with it, many Indonesian game developers. Slowly but surely, revenue from Flash games started drying up. Many developers turned to mobile as it was believed to be the next big thing and it seems to be the next logical step.

During this era, we also see the birth of a few notable mobile games and studios. One notable studio was Touchten for receiving a considerably large investment from a VC to focus on making mobile games, this was unprecedented at the time.

Another studio is Alegrium, a Jakarta based mobile game studio. They released “Icon Pop Quiz” to iOS and it became a huge international hit. Even Psy, the famous Korean singer, played the game and used one of the game’s quiz icon as his profile picture. 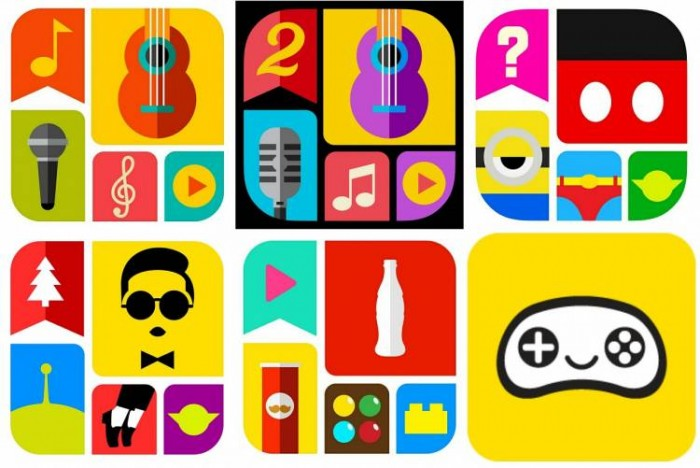 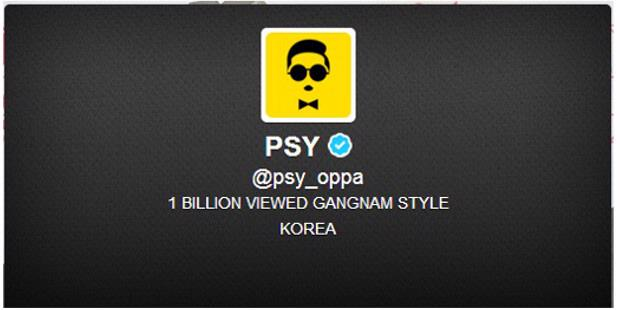 In late 2013, another mobile game hit appeared. Tebak Gambar, released on Google Play Store in Oct 2013 and later on Apple Store in April 2014, became a viral sensation due to its simple yet funny puzzles and its use of local content and jokes. 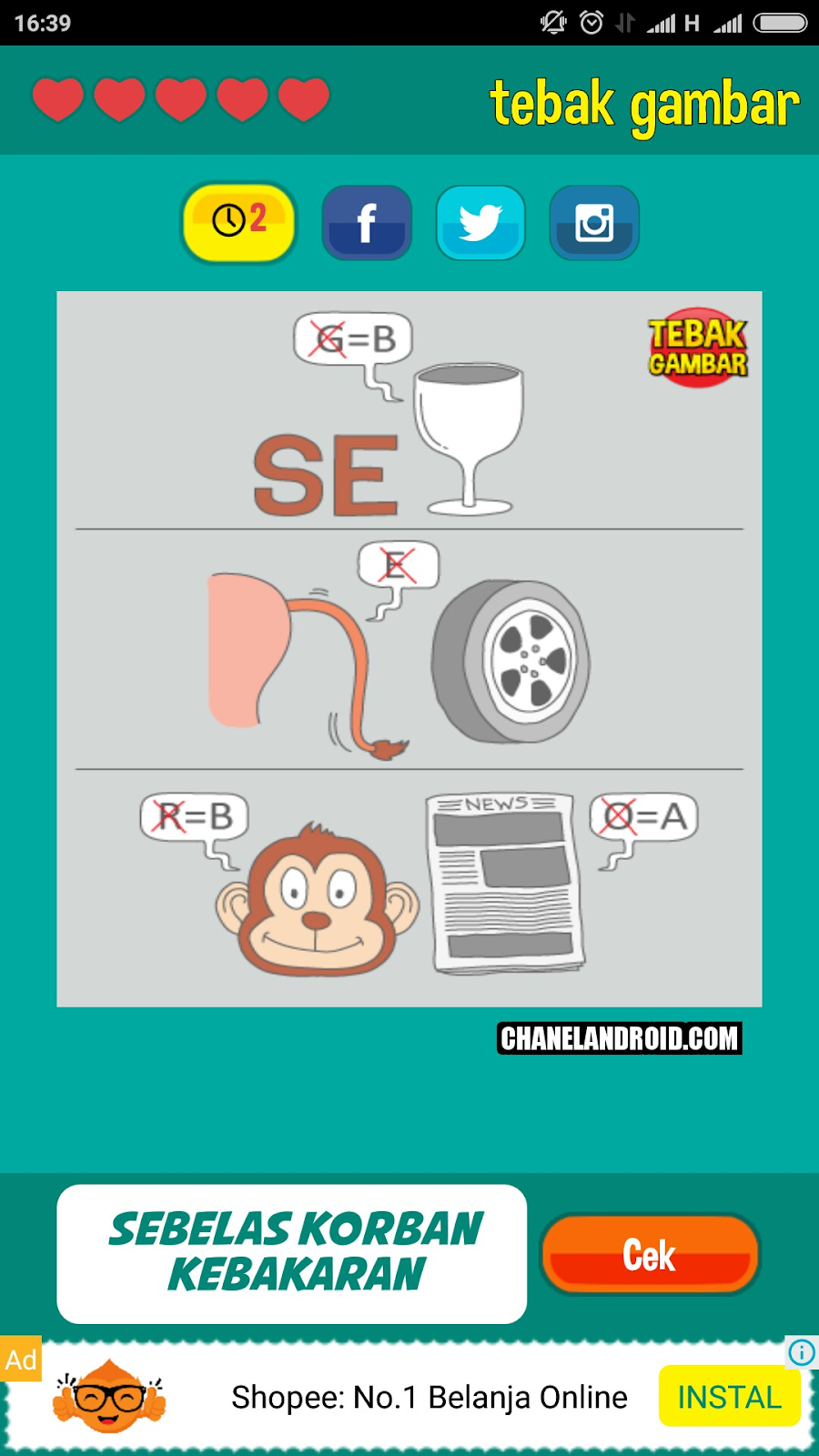 In 2015, we see Minimo Studios took the spotlight. The two-man indie studio launched Mini Racing Adventures on iOS and Android. The game has been downloaded 10 million times on Android alone. 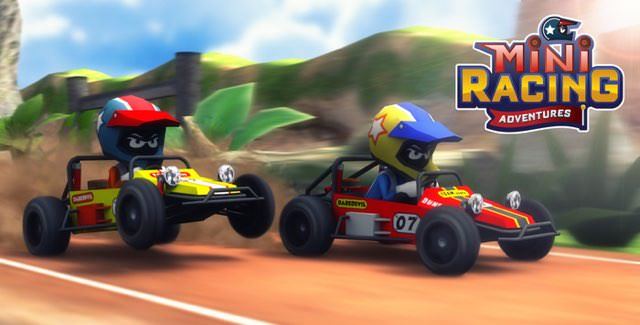 In 2016, Tahu Bulat hit the Play Store and became an instant success. The game was developed by Own Games, a small studio owned by two brothers. They develop the game in less than a week and was inspired by a new trend of selling round tofu on the back of a pickup truck that’s sweeping Bandung. 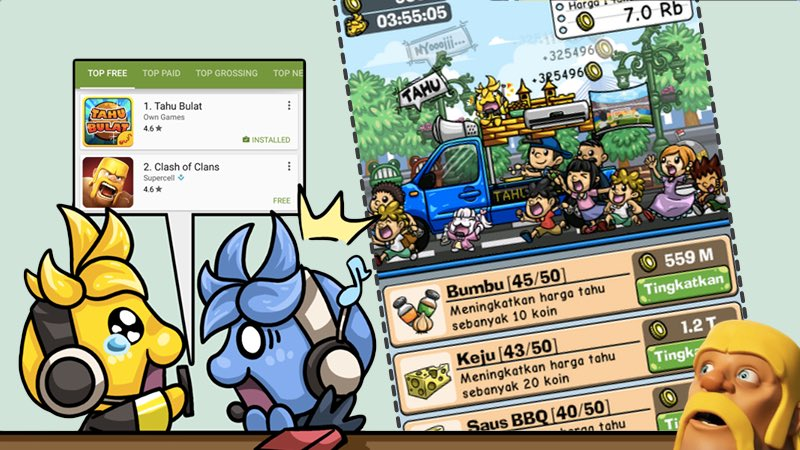 However, the mobile landscape proved to be tougher and not as forgiving as Flash was. From 2014 - 2016 we saw a lot of studios and small teams close down. Many studios had to pivot to do B2B services and game outsourcing to survive.

2011 was the year of the “Clone” war. Gamenauts, a mobile game publisher based in San Francisco had just released Ninja Fishing a game that’s very similar to a Flash game titled Radical Fishing developed by Vlambeer. At the time Vlambeer was also developing their mobile version of the game. A fight between Vlambeer and Gamenauts blew up and went viral. What most people didn’t know is that Ninja Fishing was developed by a small Indonesian indie studio (I won’t mention any names). Even though Gamenauts took most of the negative backlash, the Indonesian developers were traumatized by the whole ordeal and some of them decided to quit game dev entirely.

As the community grew so is the game ecosystem and the industry. In 2011, the community held the first Game Developers Gathering, a conference where game industry practitioners from across Indonesia could meet and share knowledge. The event is renamed to IGDX (Indonesia Game Developer Exchange) in 2019 and managed by AGI (Indonesian Games Association).

Asosiasi Game Indonesia or AGI was born in 2013. The association helps bridge the game industry with the Indonesian government and grow the community.

When Valve announced Steam Greenlight, that they are opening their gates and making it easier for indie developers to publish their games to their distribution platform, it gave new hope for many Indonesian game developers.

One notable game was DreadOut, a horror game based on Indonesian folklore and inspired by Fatal Frame. It successfully raised close to $30K on Indiegogo crowdfunding platform and became a successful hit after PewDiePie played the demo and posted a series of Let’s Play videos on Youtube. The game was developed by Digital Happiness, a small indie studio based in Bandung. To this day DreadOut remained one of the most successful Indonesian games, with the game receiving several spin-offs and even a movie adaptation. 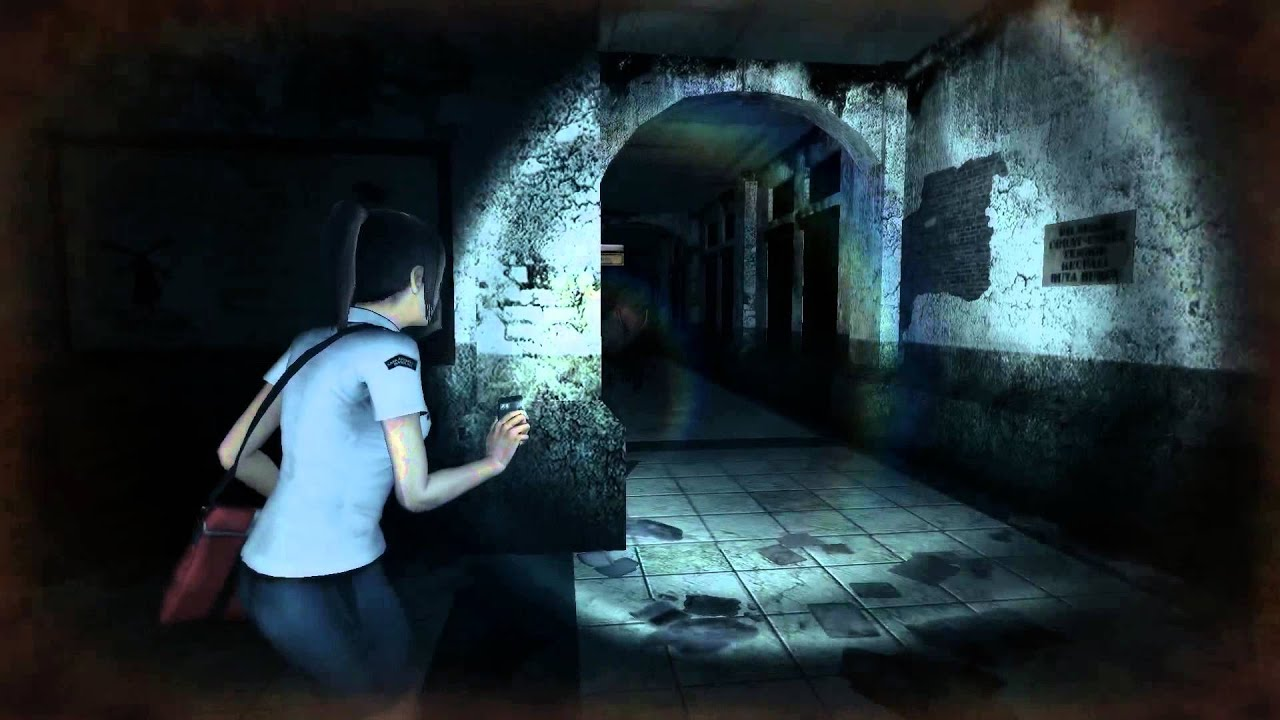 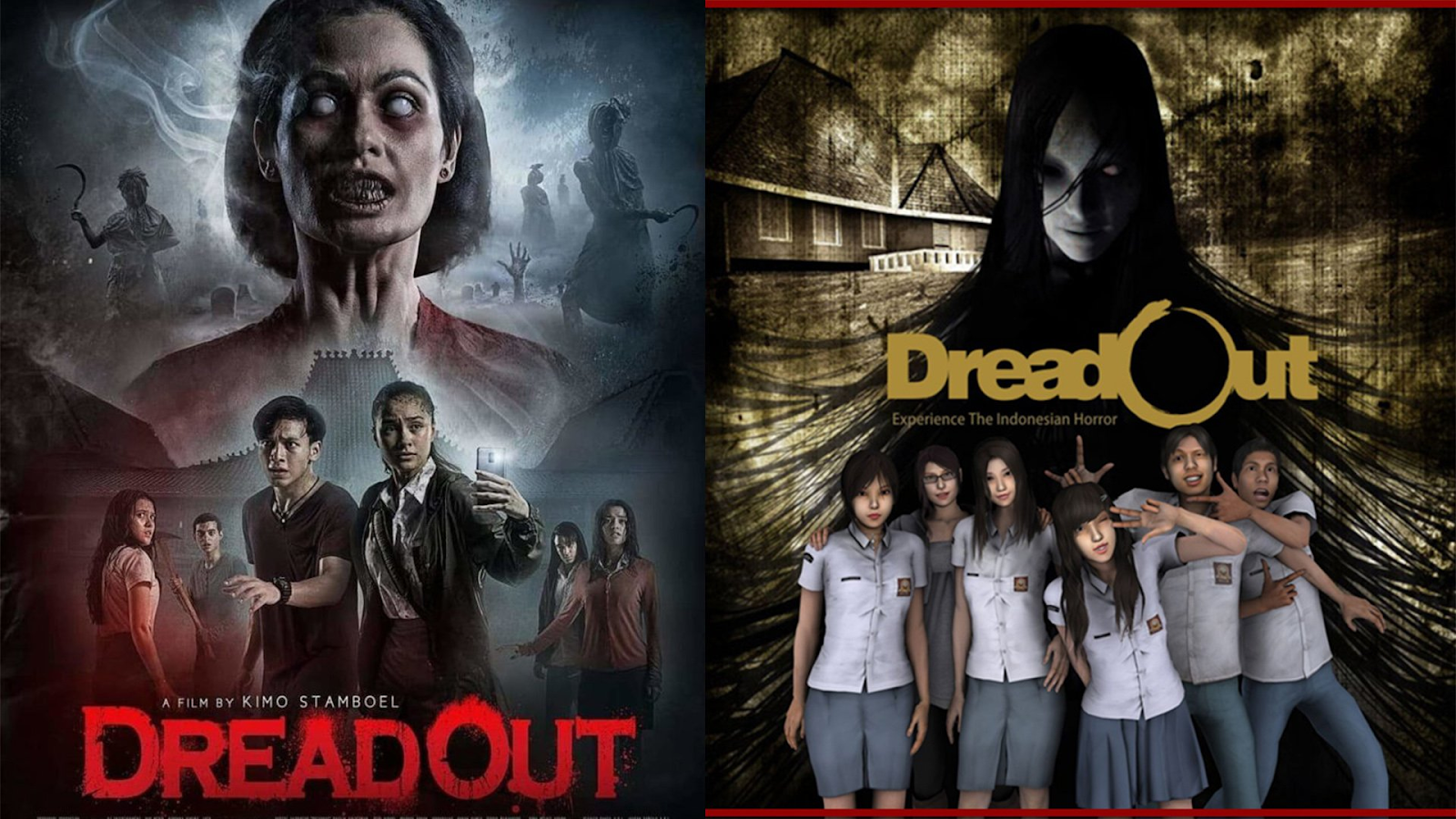 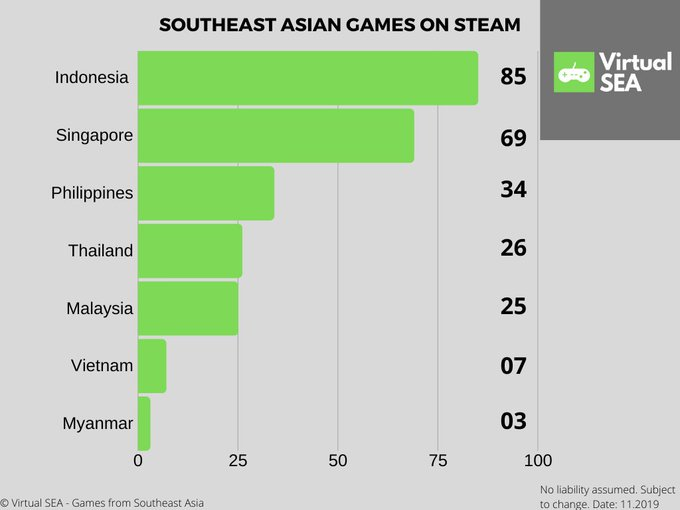 The new agency plays a significant role in supporting the local games industry through its programs, such as funding grants, sending delegates to international exhibitions and events.

Mintsphere collaborating with publisher YummyYummyTummy released Fallen Legion to PS4 and PS Vita in 2017. This was an incredible achievement because it’s almost impossible to get access to console DevKits in Indonesia and this was the first Indonesian game to be released to consoles. Not only that there are a lot of red tape to get a devkit, Indonesia is blacklisted by console manufacturers due to high levels of piracy. 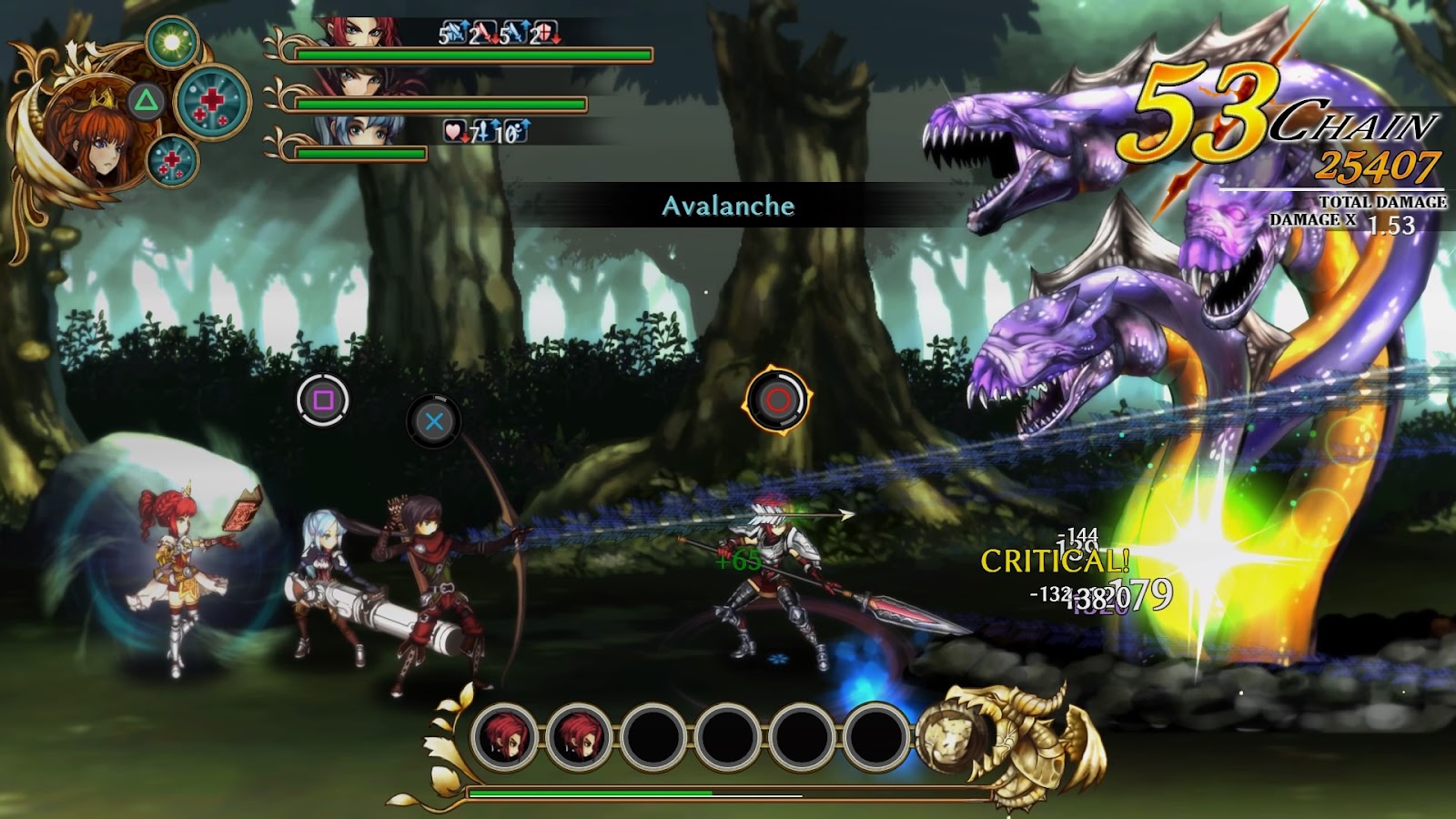 Toge Productions managed to secure console dev kits in 2017 with the help of BEKRAF (Indonesian Agency for Creative Economy) and started helping Indonesian game developers release their games to consoles. Many games are released to Nintendo Switch in the following years, such as MagiCat by Kucing Rembes, Ultra Space Battle Brawl and She & The Light Bearer by Mojiken Studio, Azure Saga by Masshive Media, and My Lovely Daughter by Gamechanger Studio.

In 2018 Agate released Valthirian Arc to consoles with the help of UK publisher PQube. In 2019, Semisoft released Legrand Legacy to PS4, Switch, and XBOX. Then followed by Ghost Parade, a game by Lentera Studio and published by Aksys to PC and consoles. 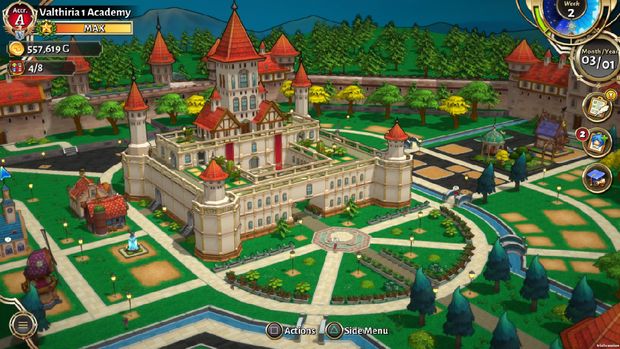 With online streaming and games such as Mobile Legends, PUBG Mobile, more and more Indonesians started to follow and watch online matches and the popularity of eSports soon grew.

Indonesian games is having a pretty strong start in 2020. Anantarupa Studios announced that their new MOBA game, Loka Pala, is available for open beta. This would be the first MOBA game that’s 100% made in Indonesia. 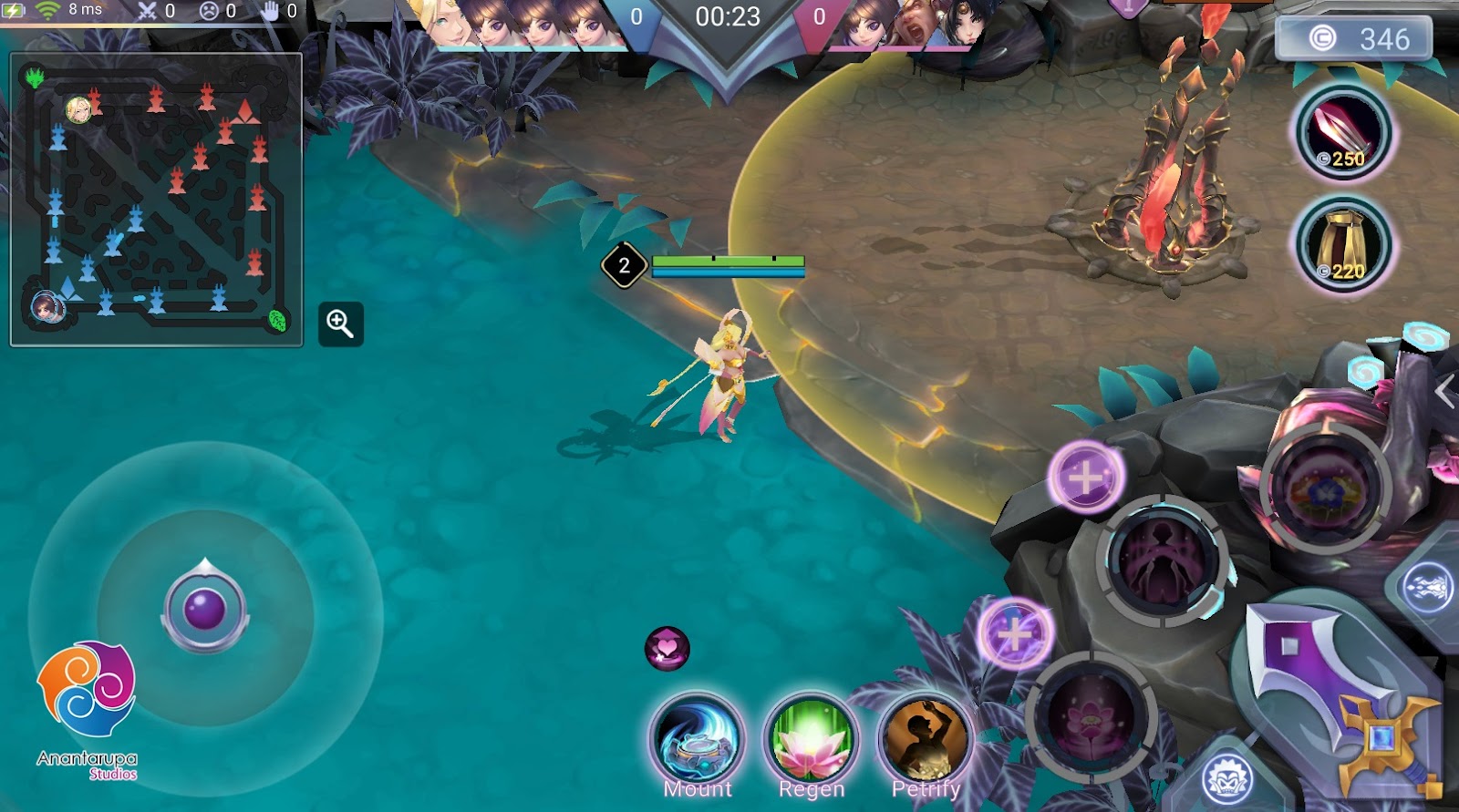 Coffee Talk, an urban fantasy barista sim created by Toge Productions made it into the Top Steam Releases of January 2020 and received international praise. Digital Happiness announced that Dreadout 2 will be released in Feb 2020 on Steam. 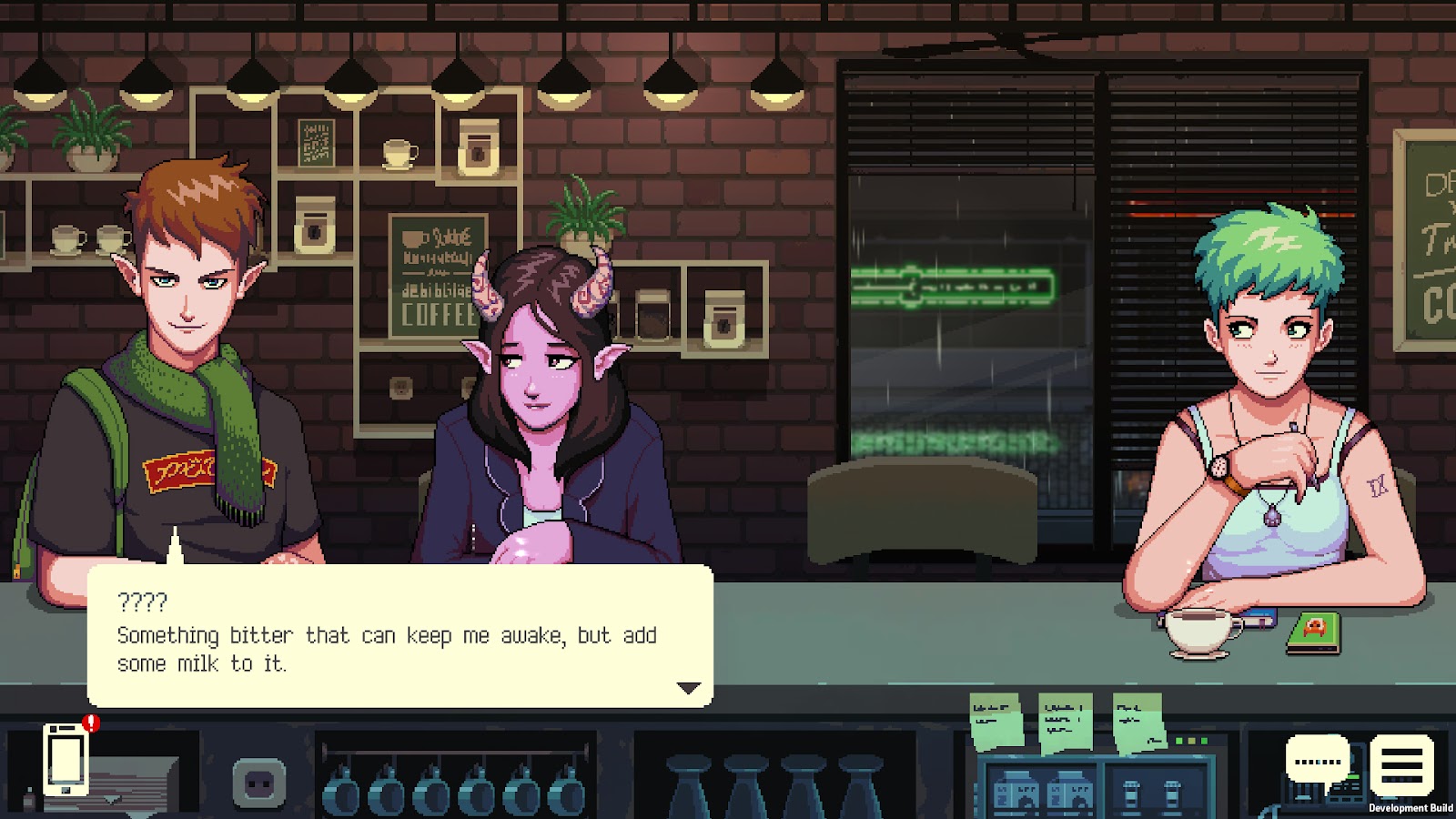 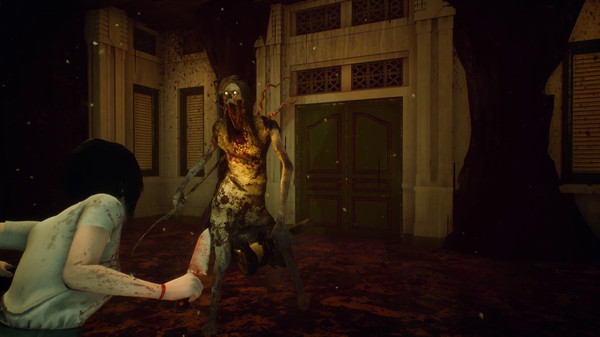 It seems that the future is bright for Indonesian games.