SEARCH
A minimum of 3 characters are required to be typed in the search bar in order to perform a search.
DISCIPLINES
10 MIN READ
Featured Blog 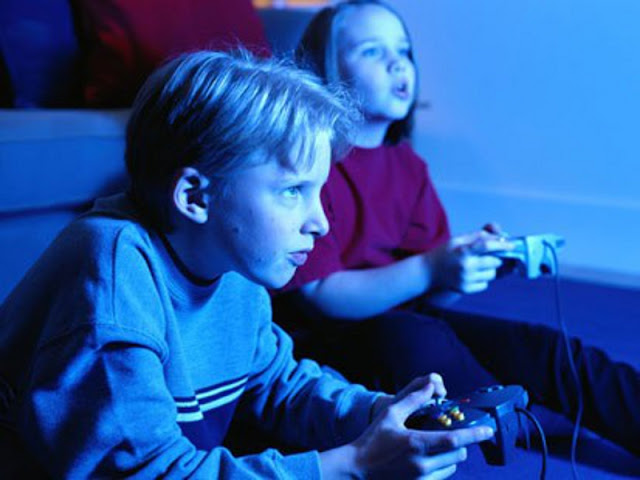 Darius Kazemi's recent piece "Fuck Videogames" talks about how videogames are not necessarily a medium suited for expressing all the sorts of things we'd like to use them for. Ian Bogost summarizes the aim of this piece in his short response:

an issue that i see underlying the whole piece that is never really expressed explicitly - it's the case with many "gamers" and techies in general that so many who have constructed their lives and identities through videogames often have a hard time accepting that there are other valid means of expressing or legitimizing their own emotions outside of technology. the world of technology is, after all, what they know. they want to make personal videogames because they understand how videogames work (having played them a lot) and that they can express deep emotions through play, but they don't have the kind corresponding experience with other forms of art to understand how those work. this lack of understanding combined with videogames' newness means they get raised to the top of the pantheon as the all-encompassing, clearly superior, art-form-to-end-all-art-forms.

and that defines conversations among people passionate about games more than anything else - a spirit of "we can do anything with games". one that can take on a socially progressive angle, but is often really driven by the same ultra-capitalist, highly fascist idea of tech culture's that humankind can overcome any kind of obstacles facing it through better technological products - or building more "perfect" systems.

but let's talk about points 2 & 3 of Bogost's summary in more detail. here's a direct quote from Kazemi's piece:

"Some people make games because games are cool, or sexy...if you write a blog post about your cat, probably nobody will care. But if you make a GAME about your cat, it’ll get covered on a blog or something!"

i love Twine. it has plenty of issues, but it is a very accessible tool that has allowed many to make games who would otherwise not have the patience or understanding for it. this is a good thing. i have mostly avoided doing my own Twine games, though, because if i usually feel like if i want to write something personal, i'd rather just do it here on my blog - instead of presenting players with some vaguely game-like, and ultimately not very meaningful set of choices. plenty Twine games don't do this - but it's always a danger of making games in that (or any other) format.

making a Twine game does not divorce you from all of the trappings of videogame culture and substitute it with something more pure, and it certainly doesn't absolve you of artistic responsibility as the creator. using a Twine game as a way to write about your own personal experiences doesn't absolve you of artistic responsibility, either. a game, like any piece of art, is a subjective window to reality - not reality itself. presentation is always the key, and it always defines how others will interpret and respond to your experience.

a lot of people also make Twine games as a social activity, and to have their experiences accepted and legitimized by others. and that's alright, but i find it highly peculiar that it seems to be treated as a somehow more momentous or more deep medium to express one's own emotions.

we are a culture that defines itself through words. the "important works of art" we're exposed to in school are novels, and maybe poetry. we inherently value words as way more deeper and insightful signifiers of meaning than images or sounds. anything that doesn't fit into that way of thinking is either treated with suspicion, or seen as vague, or strange, or manipulative, or incomprehensible, or frivolous. and i think this is a toxic idea. it is very easy to wrap oneself up in a cloud of words, or to build a tower out of them, convinced their ultimate rightness and trueness. but there is nothing inherently more right and true about words - in fact, they often serve to obscure meanings much more intuitively communicated through images or sounds.

Twine games - and "personal" games in general, of course, can be a great avenue for fostering empathy, and letting us explore aspects of ourselves and others we couldn't otherwise. but they're only one avenue.

i worry that we're more used to connecting with systems in videogames than with people. we tend to have trouble understanding how to make choices unless they are presented in a game-like manner. so we're using these games as a way to better understand ourselves and others through a way that we can connect with. and that's not necessarily a bad thing at all. but games are often not the best mirrors, either - particularly when creators aren't very thoughtful about the choices they provide their players. it's easy to misrepresent personal experiences in all kinds of awkward and manipulative ways and undermine your ultimate goals.

i have to admit - "personal" games have been a real thorn in my side. i did the music for Dys4ia, a game i love by a game designer (and human being) i love that has done many wonderful things for many people. but i don't know if critics would've understood at all what the game was communicating if the text wasn't there to tell them exactly what each little minigame was about. and maybe that's underestimating their intelligence, but i haven't given much reason to suspect that most critics have any ability or desire to comprehend subtlety in the thing they're experiencing either.

i am extremely skeptical that making an on-the-surface "personal" game is an inherently more valid or emotionally honest way to express oneself. i have seen too many times where clueless critics only construct meaning of works of artists as either a form of political protest or some kind of evocation of personal demons. these are the two pre-baked avenues allowed artists in a society that doesn't really understand or value artistic expression very highly.

in an effort to expand the expressive and empathetic range of the medium i feel like we've made a mistake in what we've chosen to highlight the most. to put it another way: i am tired of the lazy way we talk about these games. i'm starting to feel like i won't be taken seriously unless i make a game that is viewed as "serious" or as "personal". i am starting to feel like unless i say my game is "about rape" or "about transphobia" or "about misogyny" (three things i know a lot about) and clearly articulate why this is the case, that i won't be taken seriously. i must be trying to achieve some kind of articulable political goal, and/or the things featured in the game must be "my" experiences. otherwise, i'm just making another stupid cartoony videogame.

"Buying into the idea that validation can/should/will come from a given culture is way more nourishing to that culture than it is to you."

let's not beat around the bush: the culture around "indie" games is classist and racist as hell. yes, i said it. those who have the most access have the time and money get to control the distribution and the conversation for everyone else. they also get to run the events and choose what gets talked about at those events. we may try to do all we can to fight against this and subvert it, but they're still controlling the outlets for discussion in the end. major events happen in places like the SF bay area, or NYC, or LA, etc etc - these are where the real connections are made and relationships are built. if you're not around at events like GDC networking and meeting new people (because, let's say, you can't afford them), then you probably won't be taken very seriously or have access to many resources.

people trust people they know. i know this because i've experienced it firsthand. any degree of success or exposure i've had has been a direct result of the people i've surrounded myself with after moving to the bay area. and i'm privileged for that.

the more i've gone to events and met new people, the more i've begun to realize that everyone in this community knows everyone else. and i find that incredibly disturbing. why? because it means we, as participants in this culture lack the ability to be critical of ourselves - because we don't want to hurt our friends' feelings. once you start to greatly prioritize their needs above the needs of people you don't know, you stop becoming critical of yourself and the people around you. and this leads to cliques and increasingly greater and greater conflicts of interest.

one high-profile example that most people know about: Brandon Boyer, chairman of the IGF is friends with Phil Fish, whose game Fez won the overall award in the IGF in 2012, despite having already won an award back in 2008. and yes, i have interacted with Brandon a bit and have seen that he is a swell guy in many ways who cares about a lot of important stuff. and Brandon is no means the only person in this position. i've seen many journalists become close friends with their subjects. but with a lot of power comes a lot of responsibility. being a nice person doesn't mean that he has the ability to take on his friends to do what is needed in that situation. because he hasn't shown that he does.

and yes, i understand that artists tend to connect with like-minded artists. the internet assists greatly in bringing us all together. and the world around "indie" games and thereabouts is a small one as it is. i know that it's inevitable that many of us will make friends with each other. but i don't think it's a desirable situation for everyone to be friends with everyone else. why? because i don't think there are any adequate incentives for people to be critical of their own friends.

i certainly don't need to be friends with everyone. i already feel like i'm stretching myself thin a lot of the time, and i constantly worry about hurting other people's feelings with my opinions. the bay area is a wonderful place in many ways, but i don't think everyone should move here either.

i want to see all kinds of people who are not in positions of privilege, who are poor and non-white, who live nowhere near the power centers of this world do vastly more insightful and interesting things than anything i or my friends could come up with. i know this is very possible, or at the very least, is desperately needed. a vaster breadth of culture would certainly help save us from the increasingly narrow western frontier of highlighting expressive innovations in games built around new mechanics and novel subjects. we're not really respecting these games, as it is. they're ultimately treated as objects for us to feel better about ourselves as self-respecting educated white people who like videogames. they're monuments to a medium we still think of as ultimately stupid and immature.

the worst part is that we secretly don't even like them that much anyway. we say we love Cart Life but we don't actually want to play it. it's just there to make us feel good. we'd much rather sink our teeth into some flashy, mass-marketed sludge by an egomaniacal dilettante.