Alt.Ctrl.GDC Showcase: Shcocooococo VS & Scissors the that than

Miyazaworks brings a pair of projects to Alt.Ctrl.GDC, with Shcocooococo VS having players use pump bottles to shoot down foes, and Scissors the that than allowing them to use giant scissors to cut incoming foes.
Kris Graft
Publisher
February 20, 2018

Miyazaworks brings a pair of projects to Alt.Ctrl.GDC, with Shcocooococo VS having players use pump bottles to shoot down foes, and Scissors the that than allowing them to use giant scissors to cut incoming foes.

Takahiro Miyazawa spoke with Gamasutra about the pair of projects, looking to learn more about how the developer works to turn everyday household objects into controllers, seeing the play hidden in normal things.

My name is Takahiro Miyazawa. The role of our team is making games with unique and impressive controllers. 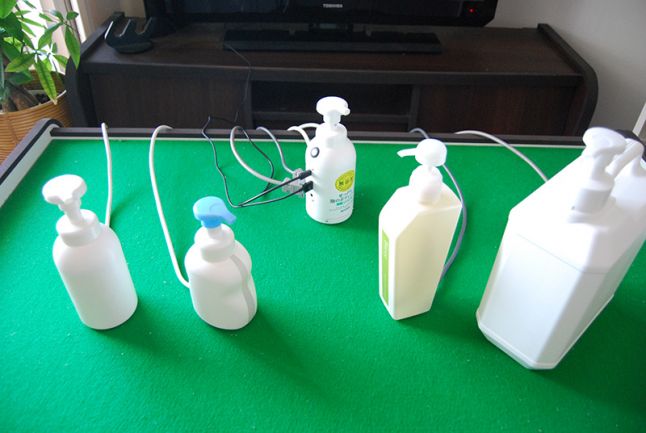 What's the background of these games?

I made these games to exhibit at game shows like Alt.Ctrl.GDC. I really hope to provide my games for enjoyment, and to give exciting experiences in those places.

What development tools did you use to build Scissors the that than and Shcocooococo VS?

I am using Unity for Scissors the that than, and Shcocooococo VS was made by Raspberry-pi.

The controller for Shcocooococo VS used empty pump bottles that I found in my house. Scissors the that than was made with plastic board. 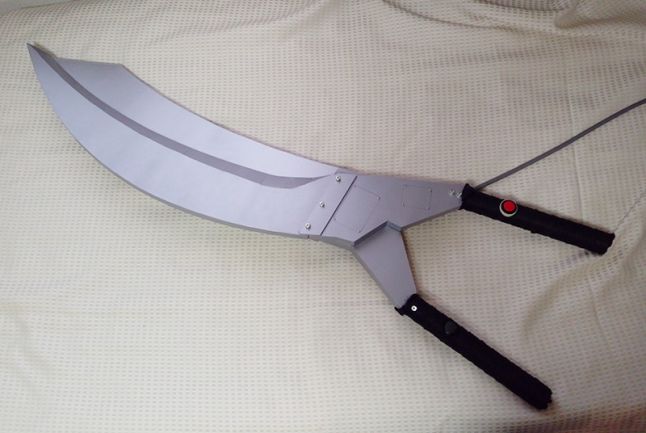 I spent 3 or 4 months making each game.

Every day, I am thinking about how to make interesting and unique games through personal belongings.
The idea of using a pump bottle fit my idea very easily. However, normal scissors were too small for making a game from my idea, so I made the decision to create large scissors myself to fit my idea.

What challenges did you face in turning soap bottles into controllers? What made you want to do this?

Usually, soap bottles are made from a material that is too slippery, and it is very hard to use normal adhesive to attach parts. Also, I had to think about how to cut the bottles, too, because when I cut the bottle, it become very weak. So, I had to remake it three times to deal with these problems. 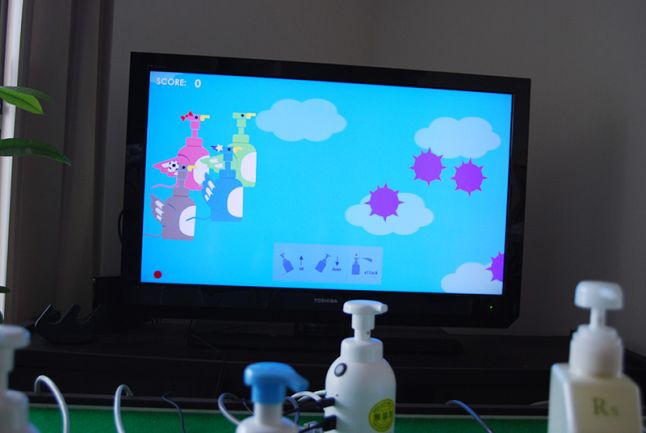 How did you design play around the inputs this controller was capable of?

From the conceptual stage, I hoped to make the game enjoyable for many players, from children to adults.
So, I decided to make Shcocooococo VS a simple shooter game. The sensor of the controller reads the tilt and gets the value of pump's position. Those systems made the characters of the game move smoothly.

Do you feel your unique controllers are more welcoming to players than standard controllers?

I think standard controllers are welcoming to all players, but I also believe that many players accept my controllers as unique experience of games, too.

I think almost every gamer will have a 3d-printer and they will make customize game controllers for each game in the future.