Ruins Climber has players rapidly tugging on a circular rope to climb a wall, hopping from side to side to avoid hazards that dangle along their path.
Alissa McAloon
Editor-in-Chief
February 13, 2019

Ruins Climber has players rapidly tugging on a circular rope to climb a wall, hopping from side to side to avoid hazards that dangle along their path.

Gamasutra spoke with Takahiro Miyazawa, developer of Ruins Climber, to talk about designing a controller and then creating a game around it, the difficulties of making a controller with rope, and the appeal of creating games that are as fun to spectate as they are to play.

Born from a pulling motion

I'm Takahiro Miyazawa. I made this project alone. For about 20 years, I have been making browser games.

I wanted to make a game about pulling something. When I thought about something fun to pull, I thought of a rope. The rope made into a ring shape, so it can be pulled endlessly. 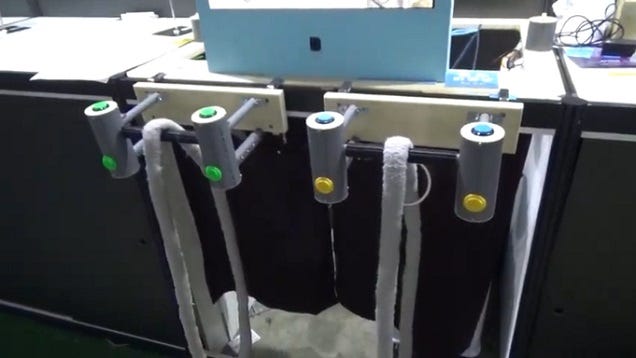 I don't want to provide a description about how to play my games at game shows because it's so busy.
So, I always design games that don't need a description. If the game character makes the same gesture as the player, explanation is not necessary.

The mechanisms of climbing ruins

Ruins Climber was made with Unity and Arduino. The rope was made by rolling a towel. The frame uses a water pipe. 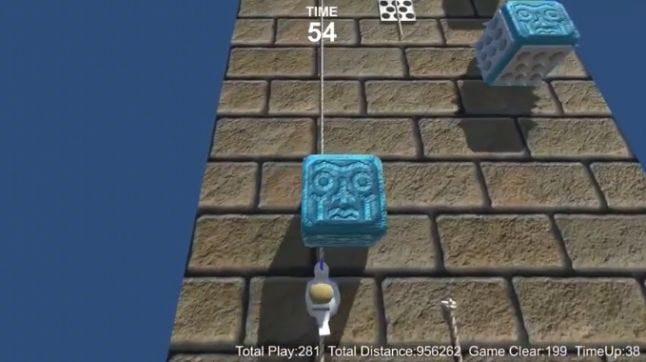 The challenges of making a controller from rope

The rope had to pull freely with a light force. And it had to be durable. I made 4 prototypes.

Creating the controller, then a game for it

I always make a controller at first. Next, I make a game for this controller. So, the game design is determined naturally. 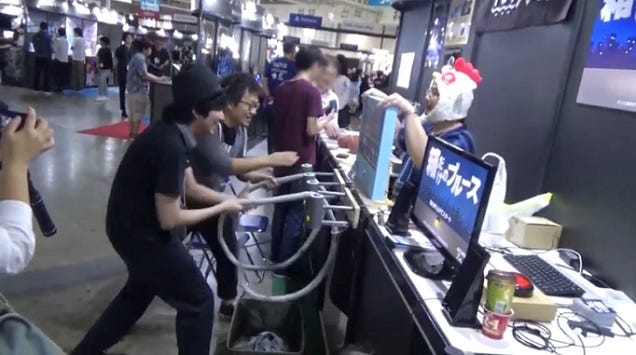 Fun for more than just the player

I think that unique controllers can entertain not only the players, but also the audience. It is very important for the audience to have fun.

The appeal of designing unique controllers

I like to watch everyone's reaction at the event. And it is fun to provide play that you have never experienced yet.